A Jewish Wedding 2000 Years Ago 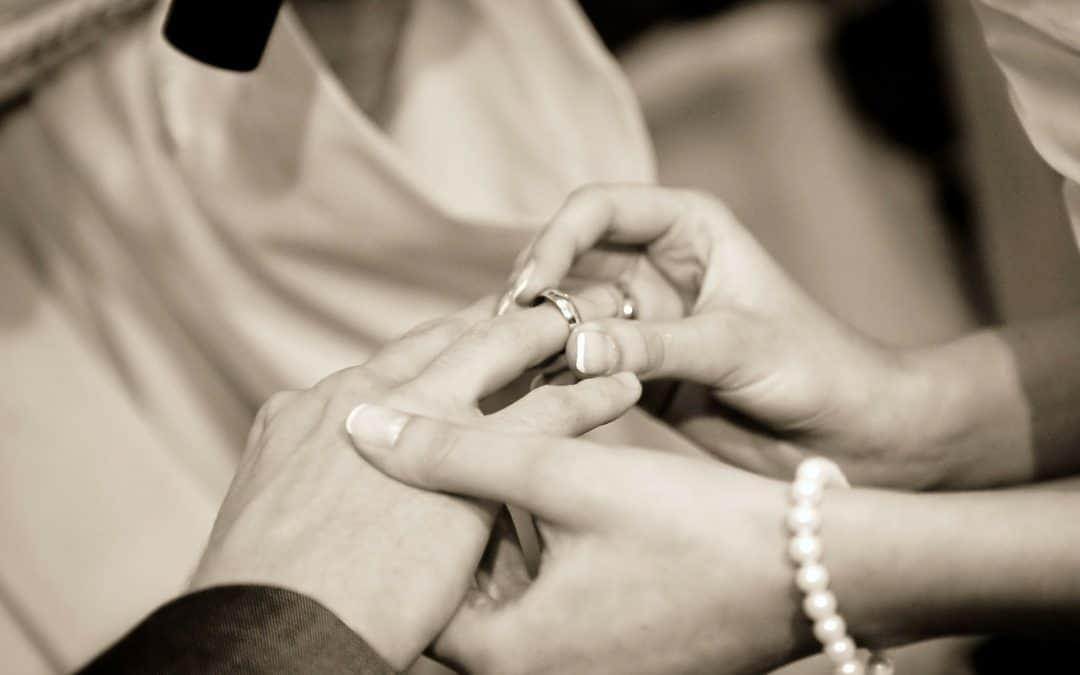 First, there is the matter of the kiddushin. You might better recognize it by the name “betrothal.” Far from being part of the wedding ceremony, the kiddushin was separated by both time and geography, and it was of considerably greater duration.

Two thousand years ago, if a young Jewish man decided to propose marriage to a young Jewish lady, he would go to her home and present her with a betrothal contract, a legally binding instrument, specifying the terms of the marriage. Chief among these terms was the price he was willing to pay for her.

And make no mistake, unlike the largely symbolic modern day equivalent; the bride price was not trivial in either import or amount. To begin with, raising children was seen as investing in one’s future. If one raised boys then they could produce far more than their keep by working on the farm. Daughters, on the other hand, were considered more of a long term investment. But more importantly the bride price was a reflection of the worth of the bride to the groom. It was an insult to offer too little for a bride.

So the girl and her father would deliberate the offer. If both of them found it acceptable, the bride and groom would seal the contract, the betrothal, with a cup of wine. This is reflected in modern Jewish weddings by the performance of (kiddush) during the (kiddushin).

Remember that kiddush, performed for a Sabbath or other holy day, can be performed with a cup of wine and/or a loaf of bread.

And as they were eating, Jesus took bread, and blessed it, and brake it, and gave it to the disciples, and said, Take, eat; this is my body. And he took the cup, and gave thanks, and gave it to them, saying, Drink ye all of it; For this is my blood of the new testament (covenant), which is shed for many for the remission of sins (Matthew 26:26-28).

Once the betrothal was sealed, the groom would immediately pay the price for his new bride, a price far more dear than a trivial symbolic trinket.

And they bring him unto the place Golgotha, which is, being interpreted, The place of a skull. And they gave him to drink wine mingled with myrrh: but he received it not. And when they had crucified him, they parted his garments, casting lots upon them, what every man should take. And it was the third hour, and they crucified him (Mark 15: 22-25; see also Matthew 27, Luke 23, John 19).

Once the betrothal was accepted, sealed with the cup, and the groom had paid the price for his bride, he would ceremonially tell his betrothed that he was going to make a place for her.

In my Father’s house are many mansions: if it were not so, I would have told you. I go to prepare a place for you (John 14: 2).

In a modern Jewish wedding this prepared place is manifest as the (chupah). Two thousand years ago it was literally to be the new couple’s home, built on the groom’s father’s property. Moreover, it was to be her bridal chamber. It was to be decorated accordingly and stocked with provisions to last a week, since the bride and groom would retire to this dwelling not to emerge or be disturbed for an entire week.

This would not come about for quite some time. The time of betrothal was expected to last approximately one year, but there simply was no way to know how long it would be. Only the groom’s father could determine when the new home, the bridal chamber, was complete. He, and he alone, decided when each step was acceptable, and when it had to be done over. The groom’s father alone decided when it was time to go and get the bride.

Tell us, when shall these things be? and what shall be the sign when all these things shall be fulfilled? … But of that day and that hour knoweth no man, no, not the angels which are in heaven, neither the Son, but the Father (Mark 13:4, 32; see also Matthew 24).

During this betrothal period the bride would wait to be taken away at any moment. She would keep a lamp filled with oil and ready to be lit, should her groom come for her in the night. Also during the betrothal period the bride would select her sisters and/or friends who were to accompany her to her wedding. They would often spend the night at her house, also with lamps filled and ready, so as not to be left out when the wedding night arrived.

At last the groom’s father would declare the new home completed, and the groom would gather his friends together. They would set out to claim his new bride, usually at night. The groom took some delight in catching his bride by surprise, and the bride also took no small joy in being surprised. As the young men drew near to the bride’s house, one of them would run ahead just a bit to sound a trumpet or shout that the groom was approaching. This alerted the bride to grab her clothes and lamp. It also alerted any of her sisters and friends who wanted to attend the wedding party to get their clothes and lamps.

Then shall the kingdom of heaven be likened unto ten virgins, which took their lamps, and went forth to meet the bridegroom. And five of them were wise, and five were foolish. They that were foolish took their lamps, and took no oil with them: But the wise took oil in their vessels with their lamps. While the bridegroom tarried, they all slumbered and slept. And at midnight there was a cry made, Behold, the bridegroom cometh; go ye out to meet him. Then all those virgins arose, and trimmed their lamps. And the foolish said unto the wise, Give us of your oil; for our lamps are gone out. But the wise answered, saying, Not so; lest there be not enough for us and you: but go ye rather to them that sell, and buy for yourselves. And while they went to buy, the bridegroom came; and they that were ready went in with him to the marriage: and the door was shut (Matthew 25:1-10).

The bride and her bridesmaids, and the groom and his groomsmen, would then all go to the new home the groom had prepared. The bride and the groom would retire to the bridal chamber where they would remain for one week. The most trusted of the groom’s friends would wait outside the chamber door for the groom to confirm that the marriage had been consummated. He would then share the news with the other members of the wedding party, and with the guests that the groom’s father had assembled, and the celebration would begin.
After a week the bride and groom would emerge as husband and wife, and all would celebrate with a glorious marriage supper.

Let us be glad and rejoice, and give honour to him: for the marriage of the Lamb is come, and his wife hath made herself ready. And to her was granted that she should be arrayed in fine linen, clean and white: for the fine linen is the righteousness of saints. And he saith unto me, Write, Blessed are they which are called unto the marriage supper of the Lamb. And he saith unto me, These are the true sayings of God (Revelation 19:7-9).