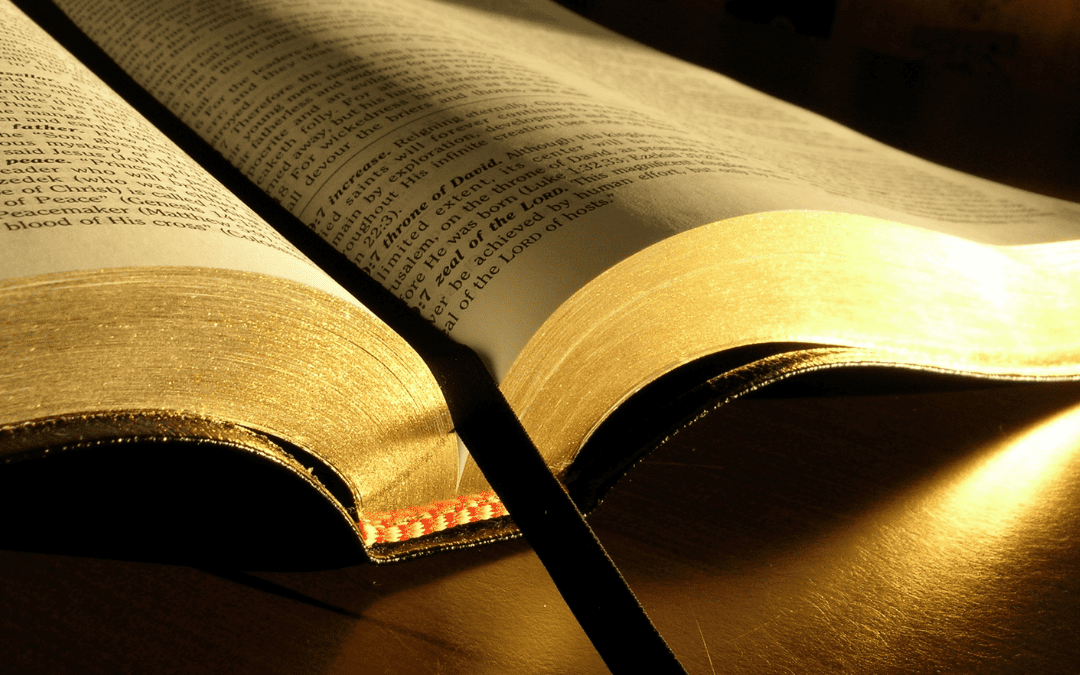 Three chapters in Paul’s Epistle to the Romans; chapters.9 thro’ 11, are hotly contested by Calvinists and non-Calvinists yet if sound principles of Biblical exposition are applied there is no problem. The first rule is: Who is the subject? Without any doubt the Jew is the subject:

Chapter 9:3: I could wish myself accursed from Christ for my kinsmen according to the flesh: who are Israelites.
Chapter 10:1 my heart’s desire and prayer to God for Israel is, that they might be saved
Chapter 11:1 Hath God cast away his people? God Forbid. For I also am an Israelite.

The second rule of interpretation is to ask, What are the circumstances prevailing at the time the scripture was written? In other words what is the historical context. In the case of Romans chapters 9 thro’ 11 this is absolutely vital. In chapters 1 thro’ 8 Paul is expounding personal salvation of the individual but in chapter 9 through 11 he is expounding the national and dispensational aspects of the Gospel.

The early church was entirely Jewish. At Pentecost there were only Jews and Jewish proselytes. Early Christians continued to attend the Temple and synagogues and the only Bible was the Old Testament. When Saul persecuted believers he found them in the synagogues.

How that by revelation He (God) made known unto me the mystery…that the Gentiles should be fellowheirs, and of the same body (Ephesians 3:3-6).

Paul wrote to the Ephesians from Rome in AD64, Corinth no earlier than AD54, and Paul and Barnabas went to Jerusalem to the 1st Council about AD50 to clarify the place of Gentiles in the Church according to Unger’s Dictionary. The first 20 years were predominently a Jewish Church meeting in the Temple and synagogues.

Jewish believers were having great difficulty reconciling the fact that Israel was no longer the instrument God was using to speak to Gentiles yet the Church had taken the place of the nation after Pentecost.

This situation was in accordance with God’s plan because the apostles were told to go to Jerusalem, Judea, Samaria and then to the utmost parts of the earth – in that order. Israel had first to be first given the offer of the kingdom which they rejected just as Peter declared to the Jews at Pentecost:

Then Peter said unto them, Repent, and be baptized every one of you in the name of Jesus Christ for the remission of sins, and ye shall receive the gift of the Holy Ghost. For the promise is unto you, and to your children, and to all that are afar off, even as many as the LORD our God shall call. And with many other words did he testify and exhort, saying, Save yourselves from this untoward generation (Acts 2:38-40).

The first converts were Jews at Jerusalem where “about three thousand souls” responded to Peter’s preaching and Paul later declared, “To the Jew first, and also to the Greek” (Roman 1:16).

As time passed, the Jews resisted the Gospel of Christ and the Jews divided into two camps; a remnant who trusted in Christ and the rest who hardened their hearts and shut their ears to the truth. The believing remnant were eventually cast out of the synagogues and the epistle to the Hebrews was written about AD67 shortly before Paul’s death to encourage the believing Jews to be steadfast in the face of excommunication.

A Hard Truth for Jews to Accept

For the Jewish believer who knew that the Temple, the feasts and sabbaths, the priesthood and offerings, were all ordained by God thro’ Moses, the idea of there being “no difference” between Jews and Gentiles constituted a denial of the Law. Their Bible was still the Law and the Prophets, so how could things change? How could God have mercy on Gentiles unless the came into Israel as they had for 1,500 years? After all, Jews were Israelites

to whom pertaineth the adoption, and the glory, and the covenants, and the giving of the law, and the service of God, and the promises; Whose are the fathers, and of whom as concerning the flesh Christ came, who is over all, God blessed for ever. Amen (Romans 9:4-5).

Jewish believers could not understand that God has the right to change the way He works and the physical relationship with Abraham counted for nothing if they were not saved through faith. It was true the leaders of the nation were evil but a substantial remnant of believing Jews had become the foundation of the Church and as Paul was told when he returned to Jerusalem on his final visit:

Thou seest, brother, how many thousands of Jews there are which believe; and they are all zealous of the law: And they are informed of thee, that thou teachest all the Jews which are among the Gentiles to forsake Moses, saying that they ought not to circumcise their children, neither to walk after the customs (Acts21:20-21).

Jews said, Gentiles must come into Israel but now God was saying the Jews must be a part of the Church. This statement has nothing to do with personal salvation; it is dispensational. It does not teach election or predestination. It simply says that God can put Israel aside and have mercy on Gentiles and the Jews can’t complain!

God put firstborn Esau aside and blessed Jacob when Esau despised his birthright; He made an example of Pharaoh who fitted himself for destruction after God had been longsuffering with him, so that a Gentile, Rahab, believed after hearing what God did to Pharaoh (Joshua 2:10), and now God is preparing for glory all, who have received mercy by faith – “not of the Jews only, but also of the Gentiles” (Romans 9:24).

To show this change was Biblical Paul quotes an Old Testament prophecy (Hosea 2:23):

I will call them my people, which were not my people (Gentiles); and her beloved, which was not beloved.

In the meanwhile, Israel nationally would be judged but a remnant will find salvation during the Tribulation for in the future,

He will finish the work, and cut it short in righteousness: because a short work (7 years) will the Lord make upon the earth (Romans 9:28).

Paul summarizes all he has said:

When Christ came, Israel rejected Him; they

stumbled at that stumblingstone; As it is written, Behold, I lay in Sion a stumblingstone and rock of offense: and whosoever believeth on him shall not be ashamed (Romans 9:32-33).

Salvation is by faith alone to all who SEEK righteousness by FAITH, be they Jew or Gentile, and not by Calvinistic pre-selection or predestination. Chapter 10 affirms that God saves “whosoever shall call” (Romans 10:13) and faith is not a gift but comes “by hearing, and hearing by the word of God” (Romans 10:17).

God has turned to the Gentiles and Israel has been put aside because they refused to respond in spite of God’s loving entreaty. God said:

All day long have I stretched forth my hands unto a disobedient and gainsaying people (Romans 10:21).

Has God Finished with Israel? – Ch.11

If God has turned to the Gentiles does this mean He has abandoned Israel permanently, to which Paul responds, “God Forbid!”

Replacement theology fails at this point for it teaches that God has “thrust away”, “cast away” His people Israel and that the Church has now replaced literal Israel as a “spiritual Israel”. This error then necessitates a redefining of the vast number of promises made to literal Israel and applying them in some symbolic way to the Church; usually passing over the curses.

“God has NOT cast away His people” (Rom.11:2) for ever and even today, while the nation has been blinded by God, there is still a remnant of Jewish believers who with the Gentile believers, make up the Church; a distinctly different body to the nation of Israel:

For there is no difference between the Jew and the Greek: for the same Lord over all is rich unto all that call upon him (Romans 10:12).

Have they stumbled (tripped) that they should fall (down)? God forbid: but rather through their fall (side-slip) salvation is come to the Gentiles, for to provoke them (Israel) to jealousy. Now if the fall (side-slip) of them be the riches of the world…how much more their fulness? (Romans 11:12).

Israel will be restored! In this present church age the nation of Israel is blinded but there is a saved remnant in the Church. Some of the natural branches of the olive tree, symbolic of Israel, have been broken off and the wild olive branch symbolic of Gentiles, has been grafted in their place; but

they (Israel) also, if they abide not still in unbelief, shall be graffed in: for God is able to graff them in again (Romans 11:23).

For I would not, brethren, that ye should be ignorant of this mystery, lest ye should be wise in your own conceits; that blindness in part is happened to Israel, UNTIL the fulness of the Gentiles be come in (the Church will be complete at the Rapture). And so all Israel shall (in the future) be saved (Romans 11:25-26).

The Jewish believing remnant in the Church are not blinded but the nation is blinded.

Nevertheless when it (Israel) shall turn to the Lord, the vail shall be taken away (2Corinthians 3:16).

Then ALL Israel shall be saved under the new covenant that God will make “with the house of Israel and the house of Judah” (Jeremiah 31:31).

For this is the covenant unto them, when I take away their sins (Romans 11:27).

This future repentance and blessing of the nation of Israel will be complete and final. Never again will the nation depart from the Lord. Jermiah wrote:

After those days, saith the LORD, I will put my law in their inward parts, and write it in their hearts; and will be their God, and they shall be my people. And they shall teach no more every man his neighbor, and every man his brother, saying, Know the LORD: for they shall all know me, from the least of them unto the greatest of them, saith the LORD: for I will forgive their iniquity, and I will remember their sin no more (Jeremiah 31:33-34).

Then shall they know that I am the LORD their God, which caused them to be led into captivity among the heathen: but I have gathered them unto their own land, and have left none of them any more there. Neither will I hide my face any more from them: for I have poured out my spirit upon the house of Israel, saith the Lord GOD (Ezekiel 39:29).

The entire passage from Romans 9:1 to 11:36 has to do with Israel; firstly that the nation has been put aside and now there is no difference between Jew and Gentile in the Body of Christ, but when the Church is complete, Israel will turn to the Lord; be restored to the Lord in the Tribulation and to the land after Christ returns. They will be the ministers of God to the nations in the millennial kingdom of Christ.