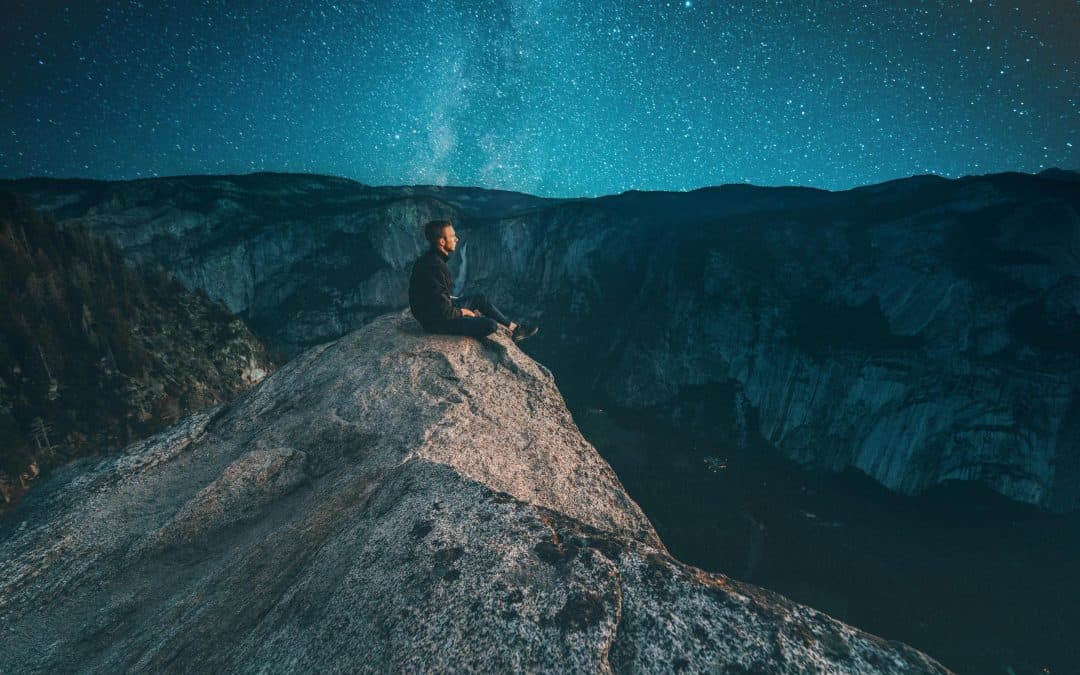 The early church was blessed with gifts of the Spirit that were supernatural and therefore were called sign gifts. These included the gift of prophecy and the gift of languages called tongues.

In the Old Testament God spoke to Israel by His prophets who were holy men of God.

These men heard the voice of God speaking to them either audibly or in dreams and visions.

In the early church there were prophets until the Scripture was complete and was available to the Church. Prophets were always Jewish believers because the Bible states that “unto them (Israel) were committed the oracles (utterances) of God” (Romans 3:1-2).

The sign gifts, together with Apostles and Prophets, would all cease at some point in time, but when did that occur?

To answer this question we need to understand why these gifts were given in the first place. They were to communicate the Word of God. The human race had an incomplete record of Divine Truth until AD96 when John finally completed the Revelation of Jesus Christ.

Today any person on the face of the globe who has access to the Bible has the complete Word of God.

Nothing can be added to the Word of God and Paul states that until Scripture was complete, Christians could only “see through a glass darkly” (1 Corinthians 13:12). In Paul’s day, Christians knew “in part” and prophesied “in part” but he looked forward to the day when Divine revelation would be complete (“perfect”) and “that which is in part shall be done away” (1 Corinthians 13:9-10).

“When That Which is Perfect is Come”

Some teach that the words, “when that which is perfect is come” (1 Corinthians 13:10) apply to Christ’s second advent. But the Greek text is neuter gender.

If this verse referred to the coming of the Lord it would read, “When He who is perfect has come.”

Also, the context is not the second advent. The second advent is not mentioned until chapter 15. Chapter 13 is about the communication of Truth by prophesying, by speaking in Gentile languages and by Divinely revealed knowledge. The entire context has to do with Divine revelation in the early Church by those gifted to make known God’s Word which at this early stage in the life of the Church was incomplete.

The Greek word for “perfect” is teleios which literally means, “complete” and we could read this verse as:

It is clear therefore that both textually and contextually this passage of Scripture is referring to the revelation of Divine truth by the gifts of the Spirit and it is the prophetic gifts that are to cease but when did they cease? When was Divine revelation complete?

We know from historical records that John completed the Book of Revelation at the end of the reign of Domitian and that was AD 96 but all the books of the New Testament were not brought together in AD96.

Some New Testament books were written in Rome (eg. Galatians, Hebrews); some were in Asia (eg. 1 Timothy); some in Greece (eg. 1 and 2 Thessalonians); some in Macedonia (eg. 1 and 2 Corinthians). Peter wrote from Babylon and Matthew probably wrote from Palestine around AD40-45. It was therefore inevitable that the “complete” scriptures would not be available to Christians for a considerable time. The New Testament was written over a period of 56 years in locations where communication was not easy as it is today. It would take some time for Christians universally to even be aware of the 27 inspired writings.

The Canon of the New Testament Scripture was decided by the witness of the Spirit in the believers generally as they recognized the Divine inspiration of the text of Scripture. Other writings were rejected as inferior and were not included in the Canon of Scripture.

The Muratorian Canon (also called the Muratorian Fragment) is the most ancient list of New Testament books. The original document, which was probably written in Greek, is dated at about AD170 and lists 22 of the 27 books. So by the end of the 2nd century the inspired record was recognized and prophets were no longer needed to speak the Word of God. The Council of Hippo, in Algeria, (AD393) and the Council of Carthage, in Tunisia, (AD397) both affirmed the same 27 books as authoritative.

The Testimony of Early Church Fathers

Thus we can see that the gift of prophesying would become obsolete as the written Word of God was complete and was available. This explains why Origen (AD185-254) stated:

Moreover, the Holy Spirit gave signs of His presence at the beginning of Christ’s ministry, and after His ascension He gave still more; but since that time these signs have diminished, although there are still traces of His presence in a few (Origen Against Celsus, Book 7, Chapter 8).

Irenaeus lived earlier, (AD120-202) and he made a similar statement:

We speak wisdom among them that are perfect,” terming those persons “perfect” who have received the Spirit of God, and who through the Spirit of God do speak in all languages, as he used Himself also to speak. In like manner we do also hear many brethren in the Church, who possess prophetic gifts, and who through the Spirit speak all kinds of languages, and bring to light for the general benefit the hidden things of men, and declare the mysteries of God, whom also the apostle terms ‘spiritual’…

The first thing we note is that the gift of tongues was “all kinds of languages”. It was not gibberish that the speaker himself did not understand. On the day of Pentecost “every man heard them speak in his own language” (Acts 2:6).

Charismatic tongues is not a gift of the Holy Spirit which was a known language; it is demonic unintelligible gibberish. Paul warned us that in the last days

Some shall depart from the faith giving heed to seducing spirits and doctrines of devils; speaking lies in hypocrisy… (1 Timothy 4:1-2).

In Irenaeus’ day, prior to the canon of Scripture being available, Irenaeus still knew of many brethren who had the gift of tongues to speak other languages and to prophesy. Origen was from Egypt lived a little later than Irenaeus and in his day the signs had diminished and only traces remained.

Irenaeus was from Lyon in southern France and he said he had heard of many who still exercised the sign gifts of prophecy and of speaking in other languages so obviously these gifts were disappearing as the scriptures became complete and became available to the people. If the sign gifts were commonly practiced then he would not have said that he had “heard of many” who “possessed prophetic gifts and spoke in all kinds of languages.” Obviously they were not practiced at Lyons where he ministered.

About AD150 in Phrygia, a province of Asia Minor, Montanus and two women prophetesses who had left their husbands, claimed that the sign gifts of the early Church had been restored. This in itself is evidence that the original sign gifts had ceased. You can’t restore something that has not ceased.

Before his conversion to Christianity, Montanus was a priest of Apollo or Cybele. He believed he was a prophet of God and that the Paraclete spoke through him. He claimed that the New Jerusalem would decend on a mountain near Pepuza in Phrygia. He was a false prophet.

About AD340 Eusebius the Church Historian wrote of Montanus:

He [Montanus] became beside himself, and being suddenly in a sort of frenzy and ecstasy, he raved, and began to babble and utter strange things, prophesying in a manner contrary to the constant custom of the Church handed down by tradition from the beginning.

Montanism held the basic tenets of Christian doctrine, but was labelled a heresy for its belief in new prophetic revelations. Its adherents identified themselves as The New Prophecy. This also indicates that the gift of prophecy had ceased and it was not normal to have prophetic revelations.

Montanists believed the gift of prophecy was revived and that they were the final witness to the earth before the New Heavens and Earth would appear. It was in fact a demonic attempt to revive what God said would cease.

Montanism was the earliest form of Pentecostalism and lasted one only hundred years to AD250 before disappearing.

In 1906 in Los Angeles, the Azusa Street Pentecostal “revival” was the next Satanic attempt to revive the sign gifts that had ceased in the second century.

Thus we can see from Scripture that the prophetic sign gifts were to cease when the scripture was complete and history testifies to the fact that these gifts diminished and disappeared in the second century as the New Testament was completed and became available to the Church. “That which is perfect” has come and “that which is in part” has been “done away”.

For a fuller exposition of the subject you may download the book entitled, Tongues Shall Cease by John R Ecob D.D.