The Diaspora – A Treasure Hid in a Field 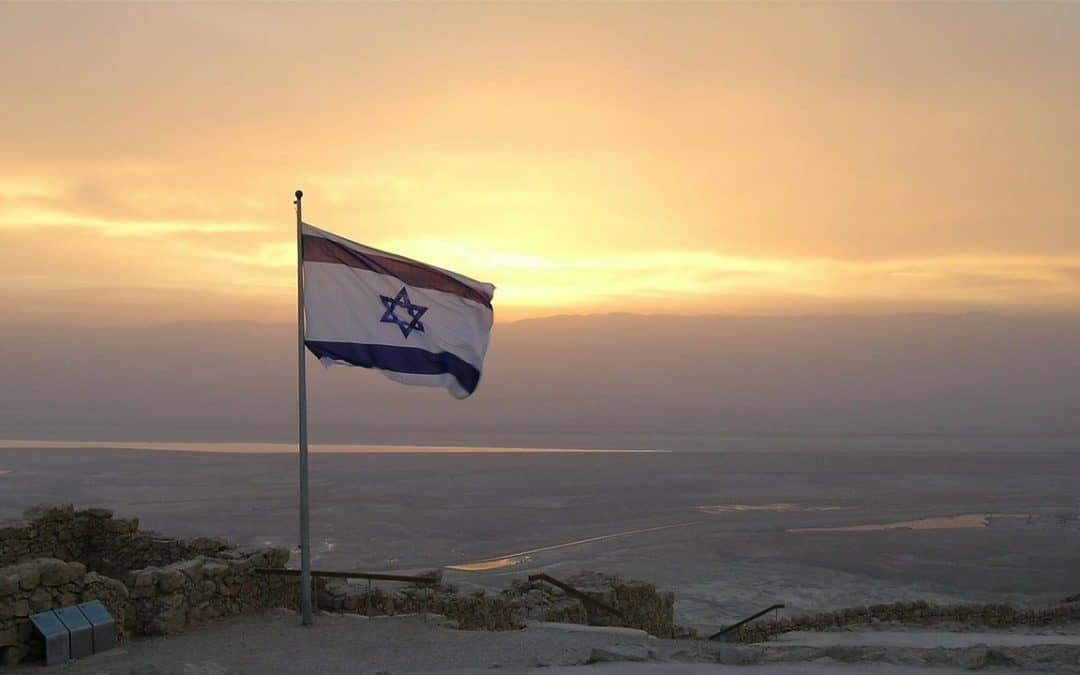 Jesus likened the kingdom of heaven to a treasure hid in a field which, when a man found, he purchased the field. Israel is God’s “peculiar treasure” (Exodus 19:5) buried among the nations. God promised that Abraham’s seed would be as “the stars of the heaven, and as the sand which is upon the sea shore” (Genesis 22:17) yet in 2017 there were only 6.4 million Jews in Israel and about 8 million elsewhere. 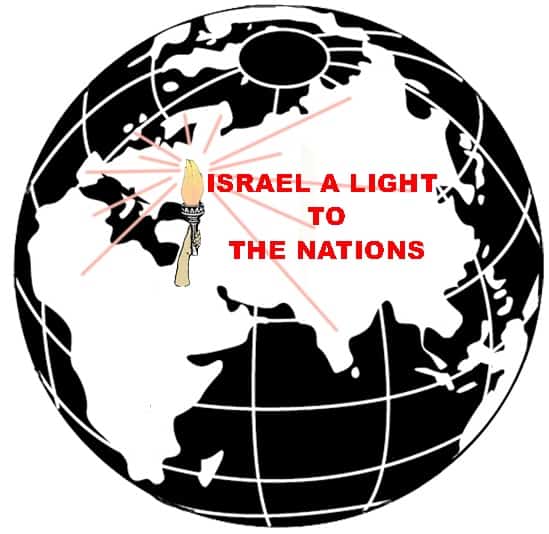 But the stars can’t be numbered and neither can the Jews.

The Jewish people are unique for they were ordained by God to be the Divine channel of blessing to all other nations. God told Abraham:

In thy seed shall all the nations of the earth be blessed (Genesis 22:18).

In order for them to fulfil their mission, God curses all who curse them (Genesis 12:3). The Lord Jesus, the King of Israel, became a Jew so that He could be the Saviour of the world.

After the Flood, the earth was divided,

every one after his tongue, after their families, in their nations (Genesis 10:5).

The land of Canaan was given to the sons of Ham but because of their wickedness, God replaced them with the descendants of Abraham and it became the land of Israel.

The Jews were geographcally placed at the centre of the land mass with Africa to the south, Asia to the east and Europe to the west.

The Hebrew people are the hub of the nations and, prophetically, everything revolves around the Jew.

When the Most High divided to the nations their inheritance, when he separated the sons of Adam, he set the bounds of the people according to the number of the children of Israel(Deuteronomy 32:8).

Noah’s three sons fathered the nations that spread across the three great continents and Abraham’s seed were placed at the heart and centre of the world to preserve the knowledge of the Living God.

Soon after the Flood, Gentile nations turned to idolatry. Fallen angels continued to co-habitate with women, probably by force, and many giants were in the land of Canaan until finally wiped out in the days of King David.

The Bible records the presence of many giants in Canaan; Og King of Bashan, the Anakims in Hebron, the Philistine and his five sons at Gath etc. (Genesis 14:5; Deuteronomy 2:20).

The Epic of Gilgamesh written about 1,700BC, is the account of one such giant, the King of Erech, a city built by Nimrod in Babylonia.

After Israel became a nation in the land she was a beacon of light to all Gentile nations. Rahab knew about the LORD, Ruth left Moab to be among God’s people and in the days of Solomon 153,600 Gentiles were numbered among God’s people.

Not all Jews lived in Israel. When Israel sinned God sent Gentile nations against them and many were taken captive to other countries forming enclaves among the Gentiles where the Living God was worshipped. In these lands many Jews rose to prominent positions of government and bore testimony to the God of Israel; these are the diaspora, or dispersed.

began in the 8th-6th centuries BC, and even before the sack of Jerusalem in AD70 the number of Jews dispersed by the Diaspora was greater than that living in Israel. Thereafter, Jews were dispersed even more widely throughout the Roman world and beyond…

Sargon II, King of Assyria recorded that he took 27,290 Jews from Samaria in 721BC and planted them among the cities of the Medes. Before Sargon, Pul and Tiglathpileser invaded the land. When Sennacherib captured all the cities of Judah he claimed to have taken 200,150 Jews captive.

In 586BC, Nebuchadnezzar took away most of the remaining population of Judah and only about 50,000 returned with Zerubbabel 70 years later. Many Jews fled before the Babylonians to Egypt.

During the time of Alexander the Great the Jewish communities in Central Asia provided him with intelligence for his campaigns.

After Alexander, large numbers of Jews settled in Egypt. One of the Ptolemys took 100,000 captive Jews to Egypt and placed 30,000 in his army. Ptolemy Philadelphus (285-246BC) was favourable to the Jews and encouraged 72 Jewish scholars to translate the Old Testament into Greek while Ptolemy Philomentor permitted a Jewish Temple to be built in Egypt about 170BC.

In his day, Philo (20BC to 50AD) claimed there were a million Jews living in Egypt.

In Syria, the Seleucid King, Nicator (312 to 280BC), gave Greek citizenship to Jews throughout Syria and Asia (Turkey).

Where Jewish communities were large they sometimes earned great respect from Gentile rulers. In Babylon and Persia Jews held high government positions. In the time of Esther, the Diaspora were in all of the 127 provinces from India to Ethiopia.

When the Roman General Pompey captured Israel in 63BC he took many captives and sent them to Rome. In the war with the Romans in AD70 Titus sent 97,000 captives to all parts of the Roman Empire. In the Bar Kockbah’s revolt many Jews returned to the land and 580,000 perished. Captives were sold on the slave market. Many Jews fled before advancing armies into other countries and never returned.

Thus history shows that over a period of nearly 1,000 years Jews were scattered among the nations of the world and these are called the Diaspora. Jews maintained their ethnic identity largely because they worshipped to one true and living God. Today, tribes in some countries claim to be Jews. In China, Burma, Kashmir, Pakistan, Afhghanistan and Ethiopia there are communities that keep the sabbath and practice Jewish rituals.

Countries into which the Jews were taken were idolatrous, each with its own deities, but wherever Jews settled they established communities apart from the heathen; synagogues were built, and they proclaimed the one and only Living God. Jesus acknowledged this fact when He said to the evil Jews:

Ye compass sea and land to make one proselyte, and when he is made, ye make him twofold more the child of hell than yourselves (Matthew 23:15).

When the Apostles went to the Gentiles the ground was prepared for them by the Jewish communities. The worship of one invisible living God had already been preached by the Jews. Many Gentiles like Cornelius and the Ethiopian Eunuch had believed. Many Jewish proselytes from Persia in the east, Libya to the south, and from Rome in the west were at Pentecost and heard Peter preach (Acts 2:5-11).

Jewish communities among the Gentiles continued to pay their annual Temple tax and made pilgrimages to Jerusalem for the feasts of the Lord. Josephus estimates that Jerusalem’s population swelled to 2,700,000 during feasts. The Temple became exceedingly wealthy from the taxes brought by the Diaspora.

When the Apostles went to another country they first went to the Jewish synagogue and when we read that Gentiles believed the Gospel of Christ, we know that many of these Gentiles had become Jewish proselytes and already had abandoned the gods of their nation.

The Diaspora prepared the way for the spread of the Gospel of Christ.

Cornelius was one such God-fearing Gentile and he became a Christian. The Ethiopian Eunuch was a Jewish proselyte and he too responded to the Gospel preached by Philip. The Eunuch was reading Isaiah 53 when he trusted Christ.

So how many Jews are there in the world? Twenty million? Nobody knows. The offspring of the hundreds of thousands of Jews taken captive over a period of 1,000 years could now be many more than 20 million. During the Tribulation, God will reveal to the scattered Diaspora, their true identity, and even the tribe to which they belong.

During the first half of the 7-year Tribulation, the Gospel of the Kingdom will be preached “in all the world for a witness to all nations” (Matthew 24:14) by 144,000 Jewish men who will turn to the Lord immediately after the Rapture. Many of these witnesses will come from the Diaspora; they already speak the languages and in the short time they will have to preach, will reach the entire world with the news that the Kingdom of God is about to appear.

The Jews who survive the Tribulation in the land, after Christ returns will be greatly surprised when the angel goes forth with “the great sound of a trumpet, and they shall gather together his elect (Israel) from the one end of heaven to the other” (Matthew 24:31).

Isaiah described the surprise of the Jews in the land as the redeemed Diaspora are brought back by the angel after the Lord returns. So many will return that there will concern that the land is not large enough! God said:

Behold, these shall come from far: and, lo, these from the north and from the west; and these from the land of Sinim (Asia?)…For thy waste and thy desolate places, and the land of thy destruction, shall even now be too narrow by reason of the inhabitants, …The children which thou shalt have, after thou hast lost the other, shall say again in thine ears, The place is too strait (small) for me: give place to me that I may dwell.

Then shalt thou say in thine heart, Who hath begotten me these, seeing I have lost my children, and am desolate, a captive, and removing to and fro? and who hath brought up these? Behold, I was left alone; these, where had they been? Thus saith the Lord GOD, Behold, I will lift up mine hand to the (redeemed) Gentiles…and they shall bring thy sons in their arms, and thy daughters shall be carried upon their shoulders. (Isaiah 49:12-22).

There must be a large number of Jews in the world today among the Diaspora, who at this time, are not identified as Jews. After the Rapture, many will be made aware of their Hebrew heritage and even to what tribe they belong.

None of the Jewish people have been lost – not the ten tribes or any others. God knows where every son of Abraham is located and in His time every living son of Abraham will be returned to the Land and “all Israel shall be saved” (Romans 11:26) At the end of the Tribulation every Jew on earth will be a saved Jew and

Then shall they know that I am the LORD their God, which caused them to be led into captivity among the heathen: but I have gathered them unto their own land, and have left none of them any more there. Neither will I hide my face any more from them: for I have poured out my spirit upon the house of Israel, saith the Lord GOD (Ezekiel 39:28-29).