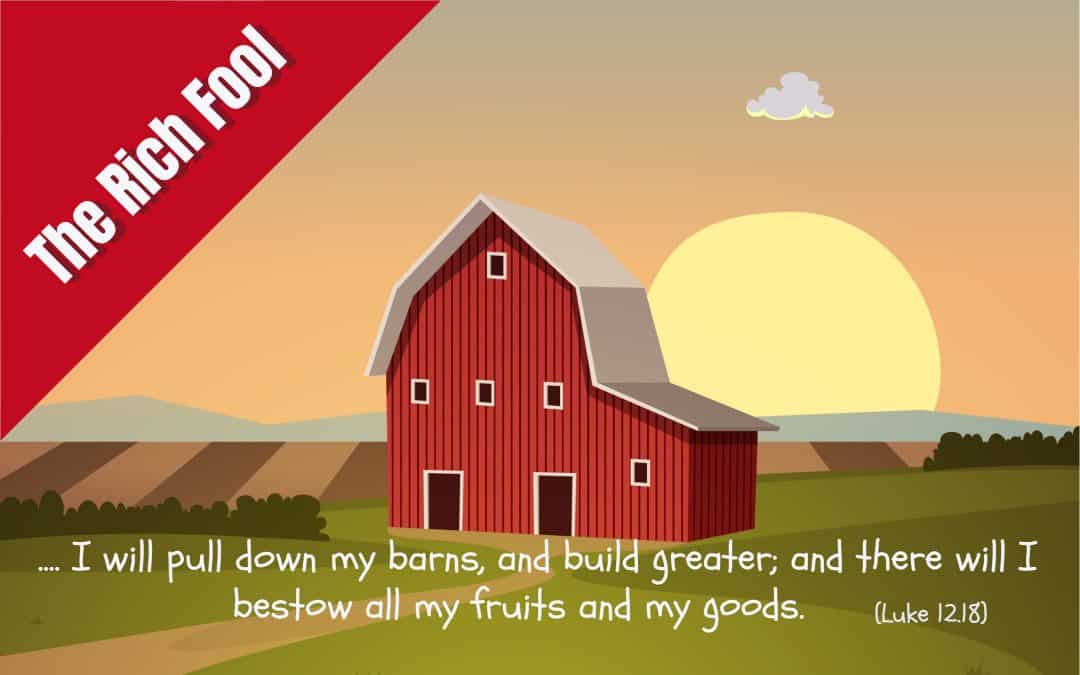 Here is a sneak peak of an article written by Vince Wall, which appeared in the February 2019 Edition of The Herald of Hope Magazine:

The Bible references both money and possessions over 2,300 times.

In Luke chapter 12 we read the Parable of the Rich Fool. Jesus may have had a particular rich man in mind when He said: “The ground of a certain rich man brought forth plentifully: (Luke 12:16).

This rich man had worked hard to achieve a great harvest but Jesus said it was “the ground” that “brought forth” the harvest and without the showers in their season the harvest would be impossible. God created the rich soil with all the nutriments necessary for growth and the seeds the rich man planted were created by God. It was God who caused the life to explode from every seed and it was God who protected the crop from pestilence (James 1:17).

But the rich man “thought within himself, saying, What shall I do, because I have no room where to bestow my fruits? And he said, This will I do: I will pull down my barns, and build greater; and there will I bestow all my fruits and my goods. And I will say to my soul, Soul, thou hast much goods laid up for many years; take thine ease, eat, drink, and be merry” (Luke 12.17-19).

The Rich Man thinks within himself. He never considers asking God what he should do with the great harvest God had given him. His speech is all about himself. He never considers what a blessing he could be to others if he only shared what God gave him. (Proverbs 22:9, Luke 6:38). This Rich Fool in Luke 12 wanted to retire to a life of merriment. His planning for the future had an entirely selfish motive. He said, “Soul…take thine ease, eat, drink, AND BE MERRY” (Luke 12:19).

Christians should retire with the purpose of taking every opportunity in the days they have left to serve the Lord. (Psalm 90:12, 1 Corinthians 10:31). The Bible shows us that old age need not be a barrier in our service for the Lord. In Titus 2 Paul gave instructions to the older men and women to teach the younger ones by their example.

The Rich Man was indeed a fool (Luke 12.20-21). He never considered that he had an eternal soul and that his days on earth are numbered by God. This Parable of the Rich Man serves as a warning to all of the dangers of living a life focused on earthly things whilst ignoring the Lord and His will.

In this Laodecian Church Era many churches are rich, storing up endless treasures and yet they are spiritually poor (Revelation 3:17; 17:3-4). The vast riches of Christendom will all be burned in the Tribulation according to Revelation chapter 18. The Rapture could happen at any time and all our possessions will be left for the ungodly.

Our task is to use our money and time wisely so as to reach the lost in the short time that remains.