Euphrates to Dry Up 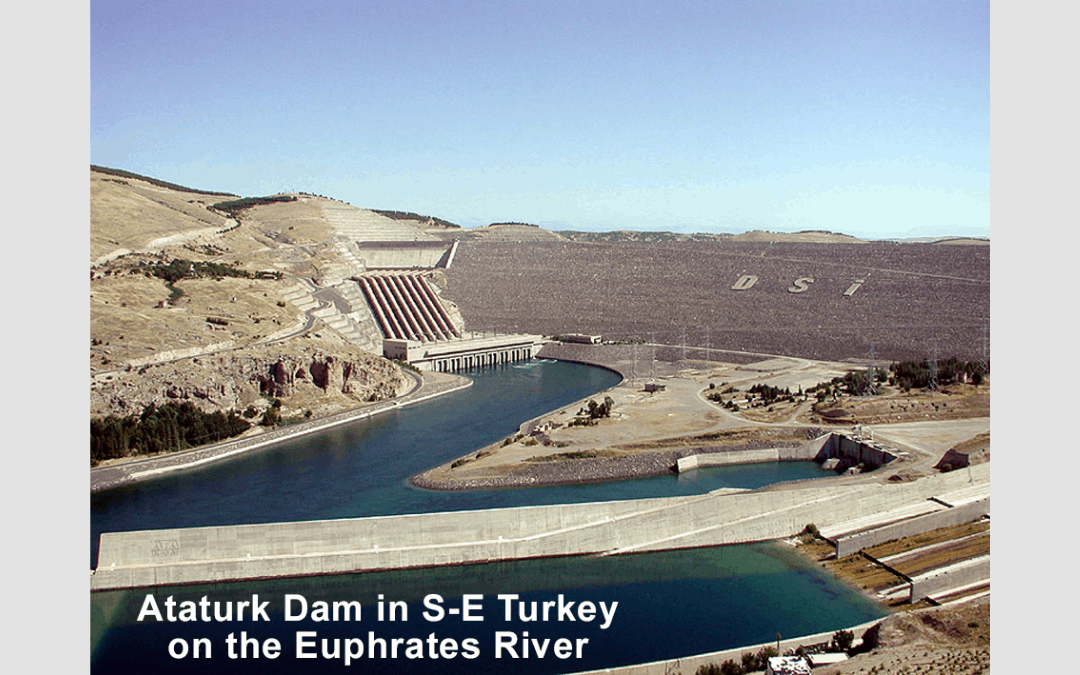 And the sixth angel poured out his vial upon the great river Euphrates; and the water thereof was dried up, that the way of the kings of the east might be prepared.

Scripture indicates that the Great Tribulation will conclude with all nations sending their armies to Jerusalem for the great battle of Armageddon in the land of Israel. It will be while this battle is raging that Jesus Christ will return.

All nations will be involved since the Antichrist will have achieved global Government halfway through the Tribulation and the battle of Armageddon will be Satan’s final attempt to wipe out Israel and fight against Christ when He returns in the heavens. The armies of the “kings of the east” will form a part of Antichrist’s army and would have to cross two great rivers, the Tigris and the Euphrates, which lie in the pathway from Asia to the Middle East.

The waters of the Tigris and Euphrates come from melting snow on the very mountainous region of eastern Turkey. The water flows through Iraq and Syria to the Persian Gulf and supplies those nations with fresh water for domestic, industrial, irrigation and agriculture. In an area with low rainfall the rivers become the life blood of the nations.

Since about 1975 Turkey has been constructing vast water storage structures across both of these rivers to generate hydro-power and pipe water eastward to irrigate large areas within Turkey. Turkey’s Southeastern Anatolia Project is one of the largest and most controversial dam-building programs globally. Twenty-two dams are being constructed along the Tigris and Euphrates rivers near Turkey’s borders with Syria and Iraq. Understandably Turkey’s neighbours are concerned as the flows in these rivers decrease.

Already Turkey’s dam and hydropower constructions on the Tigris and Euphrates are estimated to have cut water to Iraq by 80 percent since 1975, jeopardizing agriculture and natural habitats. Iraq has thus been adversely affected by dam projects and agricultural developments in Iran. 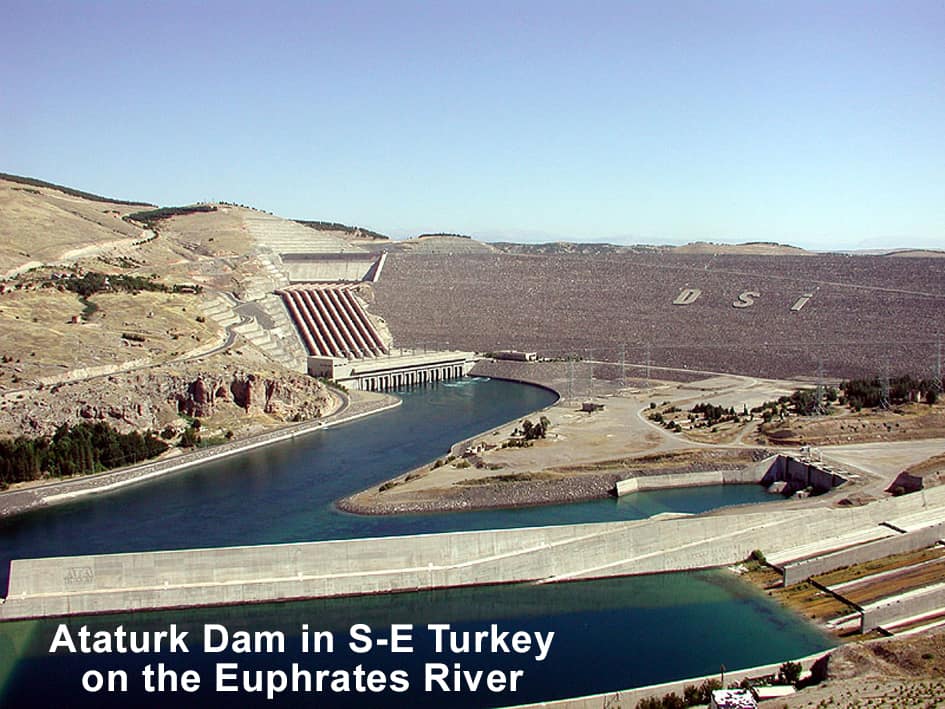 One of Turkey’s dams is the Ataturk Dam located on the Euphrates. It was completed in 1990 and is one of the largest in the world.

The dam embankment is 169 m high (554ft) and 1,820 m long (5,970 ft). The hydroelectric power plant has a total installed power capacity of 2,400 MW. The total cost of the Ataturk Dam project was about US$1.25 billion and this is only one of 22 dams being built in Turkey to harness the waters of the Euphrates and Tigris.

The impact on Iraq is serious. As a result of declining water flows, salination and mismanagement, Iraq was losing an estimated 25,000 hectares of arable land annually, mostly in the south of the country.

In Syria, water flows have reduced by an estimated 40 percent. This was made worse by a drought that began in 2006 and forced many people off the land and into cities that have had to turn to underground water to meet the needs of the people but these sources are being depleted. Good rains in recent years have given relief but the Bible states that there will be a drought during the Tribulation when two prophets will be preaching at the Jewish Temple in Jerusalem during the 1,260 days of the first half of the Tribulation. We read:

These (prophets) have power to shut heaven, that it rain not in the daysof their prophecy: and have power over waters to turn them to blood, and to smite the earth with all plagues, as often as they will (Revelation 11:6).

Never before has Turkey had the ability to close the flood gates and turn off the waters of the Euphrates and Tigris and we can see how the Scripture is being fulfilled in preparation for the time of the battle of Armageddon. Antichrist will want every army of every nation in the land of Israel to confront the armies of heaven as they come with Christ and the waters flowing down the Euphrates will be switched off to facilitate the advance of Antichrist’s armies. The armies of the “kings of the East”; China, India, Japan, Indonesia etc will all be drawn by Satanic power to the battle of Armageddon as John wrote:

And I saw the beast (Antichrist), and the kings of the earth, and their armies, gathered together to make war against him (Christ) that sat on the horse, and against his army (Revelation 19:19).