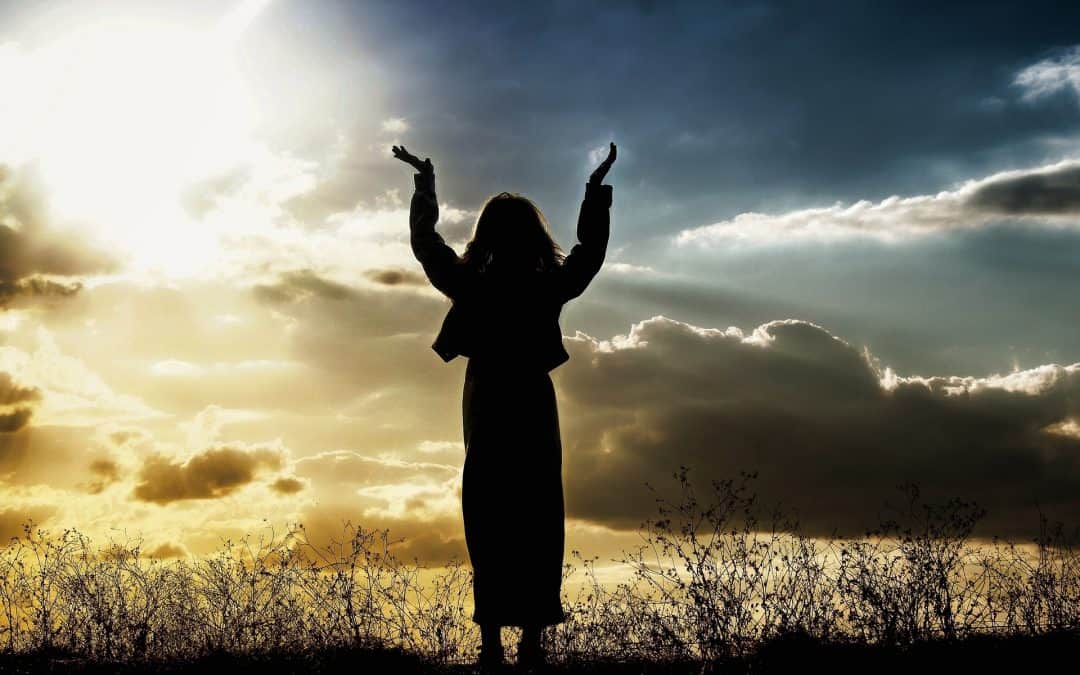 Throughout the centuries there have been men who have changed the scriptures and spiritualized the literal statements; they have denied creation, denied the Flood of Noah’s day and the inspiration of the scriptures making it the fallible writings of men. False teachers have claimed the Bible contradicts itself and denied the miracles of our Lord.

The true Prophets of God were men chosen by God to communicate his Word to the human race either by seeing visions in which they were given a message, by an angel such as Gabriel communicating a message from God as in the case of Daniel ch.10, or as a “burden” that came upon them and the Holy Spirit spoke through them as in the case of Habakkuk 1:1 and Zechariah 9:1 & 12:1. To Ezekiel, “the word of the LORD “ came 60 times in 48 chapters. This expression occurs 251 times in the Old Testament and the first time we read it is in Genesis 15:1:

After these things the word of the LORD came unto Abram in a vision, saying, Fear not, Abram: I am thy shield, and thy exceeding great reward (Genesis 15:1).

When Paul discussed idolatry he said:

What say I then? that the idol is any thing, or that which is offered in sacrifice to idols is any thing? But I say, that the things which the Gentiles sacrifice, they sacrifice to devils, and not to God: and I would not that ye should have fellowship with devils (1 Corinthians 10:19-20).

Shall a trumpet be blown in the city, and the people not be afraid? shall there be evil in a city, and the LORD hath not done it? Surely the Lord GOD will do nothing, but he revealeth his secret unto his servants the prophets (Amos 3:6-7).

Since the day that your fathers came forth out of the land of Egypt unto this day I have even sent unto you all my servants the prophets, daily rising up early and sending them: Yet they (Israel) hearkened not unto me…Therefore thou shalt speak all these words unto them (Jeremiah 7:25-27).

True Prophets were special men chosen by God to bring the words of God to the people but they were always Jews. To Moses God said:

I will raise them up a Prophet from among their brethren, like unto thee, and will put my words in his mouth; and he shall speak unto them all that I shall command him (Deuteronomy 18:18).

What advantage then hath the Jew? or what profit is there of circumcision? Much every way: chiefly, because that unto them (Israel) were committed the oracles of God (Romans 3:1-2).

Today we have the Bible as the complete revelation of God’s Word to the Church and this has come through Jewish apostles and prophets. The Church is “neither Jew nor Gentile” and after the Jewish Apostles passed away there were no more prophets of God. John concluded his Revelation to the Church with the warning:

During the Tribulation there will be two Jewish prophets at Jerusalem and they will be fulfilling prophecy; they will have miraculous powers as did Moses and Elijah.

Today, Israel is blinded by God because of the hardness of their hearts, and there is no need for more Jewish prophets in this Church age for John was the last; he wrote God’s final word to the Church and warned against adding anything to that message. After the Church is removed at the Rapture, Israel will again be God’s witness on earth and there will be two Jewish prophets (Revelation 11:1-13). Joel also prophesied of the Tribulation period that when Israel repents and the Holy Spirit is poured out on the nation, “YOUR sons and your daughters shall prophesy, your old men shall dream dreams, your young men shall see visions” (Joel 2:28). Prophets belong to Israel!

Does God Speak to Us Today?

Does God speak to us today? He certainly does! The Holy Spirit leads, teaches, and guides believers today but He does not give us fresh revelation from God. Jesus said:

The Holy Ghost, whom the Father will send in my name, he shall teach you all things, and bring all things to your remembrance, whatsoever I have said unto you (John 14:26).

Every Spirit-filled preacher and every believer in this Church age is conscious of the leading and teaching of the Holy Spirit. We see His hand in circumstances and when He brings to our remembrance verses of scripture just when we need it. This is a real relationship with God day by day and moment by moment.

The humblest believer walking in the Spirit is conscious of His presence and fellowship even in the ordinary things of life but this is not receiving direct revelation of new words from God. The Holy Spirit stimulates our memory reminding us of what has been already revealed through His prophets and recorded in the Scriptures of Truth. However, He can’t remind us of Scripture that we have not read.

What Then is a False Prophet?

A false prophet is not just a false teacher but he is a person claiming to have received direct communication from God by vision, dream, or a burden or by hearing God’s voice speak to him. False prophets claim a special relationship with God; a special calling, or anointing from God to communicate a new message to the world and the Church.

False prophets claim authority for what they say because if they are speaking the words of God then it is not their words but God’s words which cannot be contradicted.

Jesus warned us that in the last days there would be false prophets who would come “in My name” even saying that they are Christ (Matthew 24:5). Furthermore, these false prophets would do great signs and wonders and shall deceive many. Not only in the Tribulation, but before the Rapture, these demonically deluded deceivers would make outrageous claims.

In two recent books written by an Australian, David Dellit, it was claimed he had been anointed by God to bring revival to the world. Over a period of years he stated that God had spoken to him and the three persons of the Trinity actually appeared to him in his lounge room “discussing something together.” He writes: “Then Christ turned to me and before they disappeared, he said, ‘The decision has been made to bless you’”.

A little later he asked God if there was a new name God would like to give him. He writes: “One word came back to me: ‘Emmanuel’”. He claimed to be shocked but the fact is; Emmanuel is the name of one person only, and that is Jesus Christ- only He, is “God with us.”

Later, when he claimed to be worshipping, suddenly “in a vision, there was a dark face about three inches in front of my face, staring into my eyes. It was my Lord and he said, David come close, and I will explode out of you.”

On Valentine’s Day 2013 David Dellit claimed a special anointing by God that would make him God’s messenger to the world and there would be great revival. On 14 February 2013 he claims God said, “David, I call you to my side today to be my servant and to write what I tell you to write…I will send this book into all the world”.

Dellit’s 230-page book entitled, The Valentine Prophecies, is the record of what it is claimed God said to him written in the first person. The book was finished on 10 July 2013 but then in May 2014 Dellit claimed God told him to call the book the Second book of Revelation, or 2 Revelation! It is even formatted in 53 chapters and verses to appear like scripture.

The Apostle John warned that if any man add to the words of this prophecy, the Book of Revelation, God would added to that person the plagues written in the Book of Revelation and this marks the claims of David Dellit as false. His claim to be a prophet do not match the criteria for God’s prophets. Jesus warned of false prophets and said:

Not every one that saith unto me, Lord, Lord, shall enter into the kingdom of heaven; but he that doeth the will of my Father which is in heaven. Many will say to me in that day, Lord, Lord, have we not prophesied in thy name? and in thy name have cast out devils? and in thy name done many wonderful works? And then will I profess unto them, I never knew you: depart from me, ye that work iniquity (Matthew 7:21-23).

The magicians in Egypt could repeat the miracles that Moses performed before Pharaoh. Just because a person claims to come “in Jesus’ name” does not make them a saved person. Satan can do signs and wonders. He can give healing to deceive. Paul wrote:

Now the Spirit speaketh expressly, that in the latter times some shall depart from the faith, giving heed to seducing spirits, and doctrines of devils; Speaking lies in hypocrisy (1 Timothy .4:1).

The Charismatic movement is the fulfilment of this prophecy and their claims of prophetic utterance, power to cast out demons, and heal, mark them as false prophets. The sign, or miracle gifts, were given to the Apostles to establish the Church in the days of its infancy and Church history indicates that these gifts ceased with the passing of the Apostles.