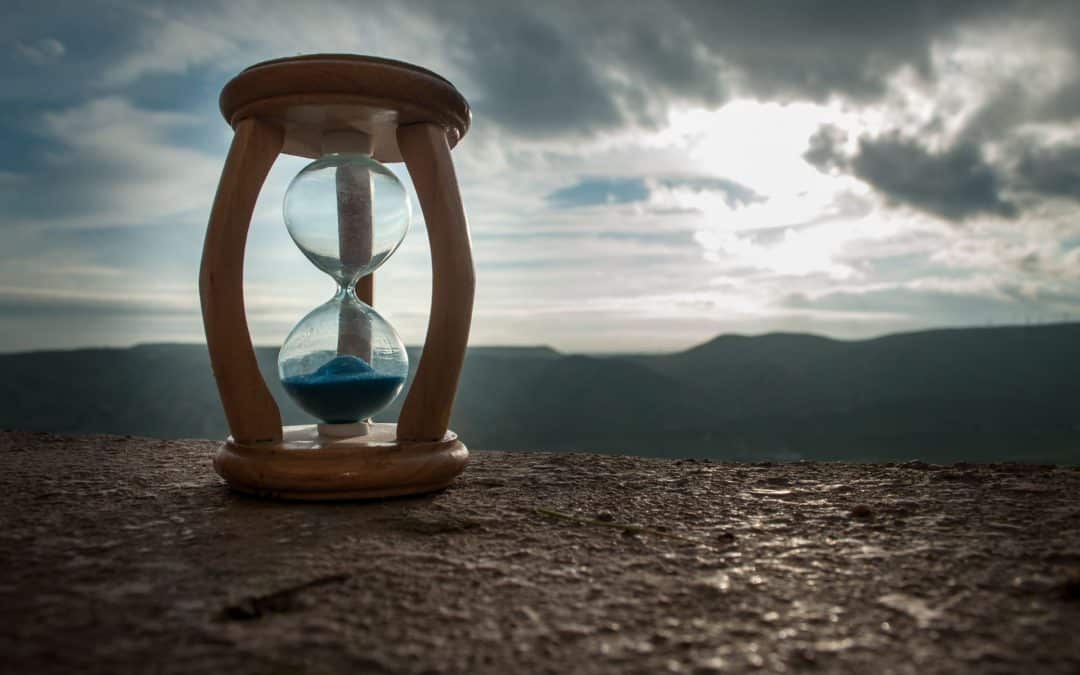 We are often slaves to the clock, rushing here and there, fretting if we are late for an appointment, planning to get a week’s work done in a day. And setting no time aside for devotions.

The director of a large prison ministry told the following story. He described one of the hurried days in his hectic schedule:

I planned to visit two large prisons and had arranged to take with me the Christian workers who ministered in each one. The first prison was a maximum security prison.

We had spent the most time on Death Row where the prisoners were held who were sentenced to die for the murders they had committed. Our time was up and we had to go if I was going to get to the other prison in time to speak with the warden and meet the workers there. The guards led us to the elevator that would take us down to ground level. The warden counted the workers and held up his hand, saying, “Wait! We are missing one worker! We can’t go until everybody is here!” I said, “I know where he is! I’ll go and get him.” I quickly walked to the cell where I’d seen him counselling with a prisoner, and there he was, sitting on the edge of a bunk, with his Bible open, and listening to the prisoner tell what he had learned from a Bible verse. I rebuked the worker, saying, “I’m sorry, but we HAVE to go! We are out of time!” The worker looked up, replying. “We only need a couple of minutes.” I looked at my watch and got a bit angry, “You don’t understand! We’ve got to go!”

The worker looked me in the eye, and said, “No, you don’t understand! This man is going to be executed in a few days. He recently trusted in Christ and is showing me a verse that is a great comfort to him. I am the judge who sentenced him to die, and now he is my brother in Christ. We just want a few more minutes to talk and pray together.”

All of a sudden I realised that time was not that important. We could wait for these two men, brothers in Christ, to fellowship with each other. It was that day that I began to understand that all my plans weren’t all that urgent. There are more important matters than watching the clock.