Two Wings of the Great Eagle of Revelation 12 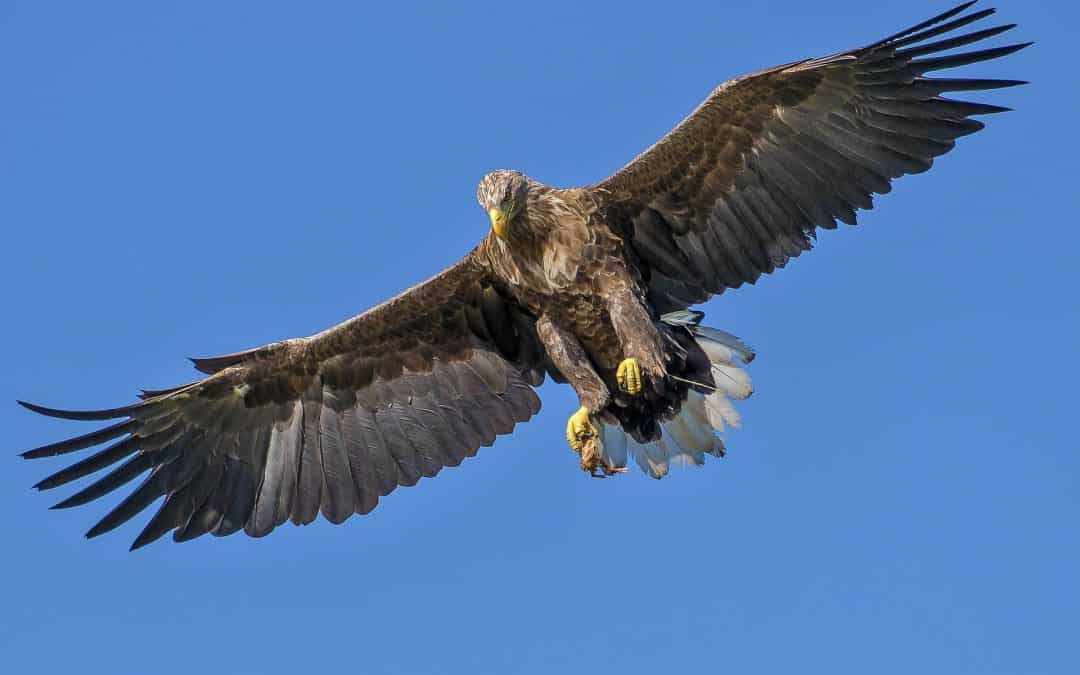 Two Wings of a Great Eagle is also available as a PDF Download
368.75 KB 6785 downloads

And to the woman were given two wings of a great eagle, that she might fly into the wilderness, into her place, where she is nourished for a time, and times, and half a time, from the face of the serpent.

The symbols in Scripture are interpreted by the Bible itself. We are not left to our own devices or imagination when interpreting the Bible.

The woman that John saw in Revelation Chapter 12 is undoubtedly the nation of Israel. The “crown of 12 stars” on her head are the 12 tribes of Israel.

When Joseph dreamed of the 11 stars making “obeisance” to his star (Genesis 37:9-10) Jacob immediately asked,

Shall I and thy mother and thy brethren indeed come to bow down ourselves to thee to the earth? (Genesis 37:10).

The Holy Spirit used the same symbolism in Genesis 37 as He did in Revelation Chapter 12.

In Revelation Chapter 12 John traces the history of Israel in the vision of the woman; she began with the 12 sons of Jacob; she brought forth “a man child”; the Lord Jesus, who Satan attempted to kill at His birth but who is destined to “rule all nations with a rod of iron.” Christ, “the man child”, was “caught up unto God, and to His throne” when He ascended (Revelation 12:5).

In the last days the woman, (Israel) will flee into a wilderness, “where she hath a place prepared of God”and for 1,260 days will be “nourished”.

We know that this period of 1,260 days is the second half of the future 7-year Great Tribulation which immediately precedes the return of the Lord Jesus in glory as King of kings (Matthew 24:29; Daniel 9:27).

At the mid-point of the Tribulation, Satan will be expelled from his place in heaven and for the last 1,260 days of the Tribulation will persecute the woman and her seed (Israel) but God will give her “two wings of a great eagle, that she might fly into the wilderness, into her place, where she is nourished for 3 1/2 years”, or the last half of the Tribulation until Christ returns in glory to destroy Antichrist and establish His universal reign.

The great eagle is obviously symbolic of something. Whatever it is, it must be able to provide protection and nourishment for Israel in the face of the military onslaughts of Antichrist and we should expect that the eagle would have substantial military power and resources.

The fact that the woman will “fly into the wilderness, into her place” and that the great eagle enables her to do so, suggests a massive evacuation and relocation into a safe place in the face of attack.

Jesus foretold that “the abomination of desolation”, Antichrist’s idol image, would be set up in the Temple at Jerusalem at the mid-point of the Tribulation, and then the Jews in Judea would “flee into the mountains” (Matthew 24:15-16) so it is obvious assistance from the “great eagle with two wings” will occur at that time.

The symbolism of a “great eagle” is used in Ezekiel’s prophecy Chapter 17 in relation to Israel. Ezekiel was told by God to “put forth a riddle, and speak a parable unto the house of Israel” (Ezekiel 17:2).

The parable was as follows:

A great eagle with great wings, longwinged, full of feathers, which had divers colors, came unto Lebanon, and took the highest branch of the cedar (Ezekiel 17:3).

Then a second great eagle was seen:

There was also another great eagle with great wings and many feathers: and, behold, this vine did bend her roots toward him (Ezekiel 17:7).

The interpretation of the parable is that the first great eagle was the Babylonian Empire that had come into the land and taken the best of the people to Babylon but Israel, the vine (Judah), had “bent her roots” toward another great eagle, the Egyptian Empire, for protection.

More than a hundred years before, Isaiah had prophesied that Assyria would occupy the land. He said:

The stretching out of his wings shall fill the breadth of thy land, O Immanuel (Isaiah 8:8).

Also, Jeremiah prophesied that Nebuchadnezzar would smite all the nations around the land of Judah and when he spoke of Edom he said:

Behold, he shall come up and fly as the eagle, and spread his wings over Bozrah (in Edom)(Jeremiah 49:22).

In Daniel’s vision of four world empires he saw a lion with, “eagle’s wings: I beheld till the wings thereof were plucked, and it was lifted up from the earth, and made stand upon the feet as a man, and a man’s heart was given to it” (Daniel 7:4).

The symbolism of a great eagle is clearly representing great political and military powers involved with the nation of Israel and the use of the same symbol in Revelation Chapter 12 is therefore most significant.

In Ezekiel’s day the second eagle could not assist the Jews against the Babylonians but in the last days a great eagle will assist in Israel’s escape and provide for her for 1,260 days until Christ returns.

When the children of Israel came out of Egypt God reminded them:

Ye have seen what I did unto the Egyptians, and how I bare you on eagles’ wings, and brought you unto myself (Exodus 19:4).

There is definitely a parallel here with Israel in the Tribulation for in Revelation 15:3 we find the martyrs in heaven singing the victory “song of Moses the servant of God, and the song of the Lamb”. The song of Moses was sung in triumph over the Egyptians after they saw Pharaoh and his army drowned in the Red Sea. God said:

ye have seen what I did to the Egyptians!

In Egypt the River turned to blood; ulcers came upon the Egyptians, hail fell on their cattle and crops and the land of Egypt was in thick darkness for three days. Similar judgments will be poured out on the earth in the Vial Judgments.

Israel fled from Pharaoh into a wilderness and the Lord said,

I bare you on eagles’ wings, and brought you unto myself.

The Lord was alluding to the fact that when the eagle teaches its young to fly it pushes them off the edge of the cliff but before they can crash into the ground it swoops down and catches the young on her wings. In the Tribulation God has a place that He has prepared where Israel will be preserved from Antichrist during the last half of the Tribulation.

Who then is the Great Eagle with Two Wings?

If we believe that we are living in the last of the last days, and we do, then we should be able to get some idea as to the identity of the great eagle with two wings. 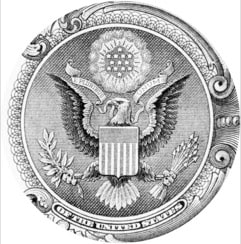 Israel is back in the land, Russia and Iran are already established on Israel’s northern border and Turkey is moving in Russia’s direction politically. Russia and her Muslim allies cannot be the great eagle that assists Israel.

Europe cannot be the “great eagle” that supports Israel because Antichrist will be a Roman prince and will move into the Temple at the mid-point of the Tribulation; it is Antichrist who causes the Jews to “flee into the mountains.”

In September 2016 the American Government guaranteed Israel $50 billion of military assistance over the next 10 years in spite of President Obama’s support for the Muslims.

Under President Obama, America’s support for Israel has come into question as he has consistently favoured the Muslims and removed sanctions on Iran who is the sworn enemy of Israel. Under Obama the Middle East has fallen into the hands of the Russians, Iranians and Turks and for this reason, in view of Ezekiel’s prophecy, chapters 38 and 39, Israel’s security has been undermined. Obama has withdrawn American forces from Afghanistan and Iraq and allowed ISIS to gain a foothold however, ever since Israel became a nation again, and even before, it has been America that has supported Israel in all her distress and wars. 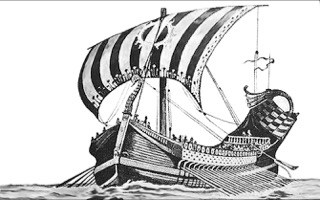 Furthermore, America is already established militarily in the Middle East and is a great global oil merchant with Saudi Arabia. America is the only nation that is capable of providing Israel with protection from Antichrist and assisting in any mass evacuation from Jerusalem at the mid-point of the Tribulation.

This view is consistent with Isaiah’s prophecy that after the ”Redeemer shall come to Zion and unto them that turn from transgression in Jacob” (Isaiah 59:20), it will be the “ships of Tarshish first” that will bring the sons of Israel back to the land; “their silver and their gold with them” (Isaiah 60:9).

For the “merchants of Tarshish and the young lions thereof” to fulfil Britain and America’s role in supporting Israel, a sympathetic US President like Donald Trump is important and the US Senate’s decision to grant Israel $50 billion dollars over the next 10 years links the US to Israel.

With such a strongly pro-Israel President as Trump, and a vice- President Mike Pence who says he is a Christian, a conservative and a Republican in that order, God may be preparing the US for its role in the last days.

If indeed the US is the great eagle of Revelation ch.12, then the Rapture could be very close.