NOW IS the Time – The Gospel of John 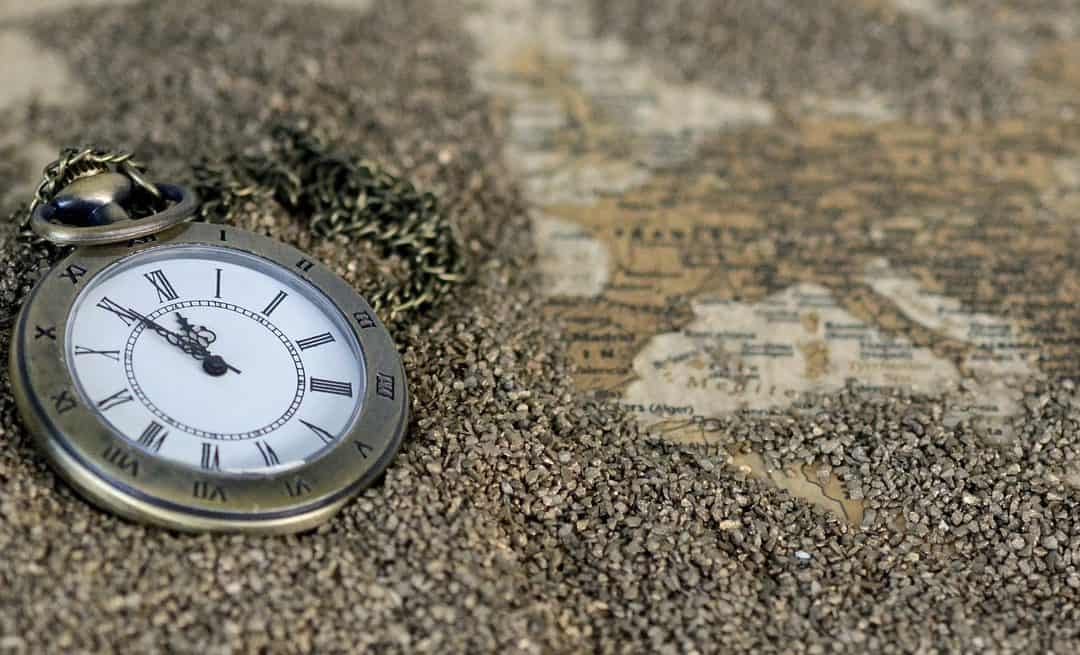 The first advent of Christ is the pivotal point in history. Four thousand years of human history had passed: Five Dispensation had anticipated that in the fulness of time God would send the promised “seed of the woman” to bruise the serpent’s head and at long last Jesus said the time “NOW IS”. Paul drew attention to this time:

But when the fulness of the time was come, God sent forth his Son, made of a woman, made under the law, To redeem them that were under the law, that we might receive the adoption of sons (Galatians 4:4-5).

Six times John records the words of the Lord Jesus: “NOW IS”. Jesus was affirming that the time of His advent and the work of redemption had finally come. All the prophecies of His first advent were about to be fulfilled; the Dispensation of Law was ending and the Church Age was about to commence.

1)  NOW IS the Time for Worship without a Temple

The hour cometh, and NOW IS, when the true worshippers shall worship the Father in spirit and in truth (John 4:23).

The woman of Samaria at Sychar’s well said, “Our fathers worshipped in this mountain (Gerizim); and ye say, that in Jerusalem is the place where men ought to worship” (John 4:20).

Woman, believe me, the hour cometh, when ye shall neither in this mountain, nor yet at Jerusalem, worship the Father. Ye worship ye know not what: we know what we worship: for salvation is of the Jews (John 4:21-22).

God told Moses that there was only one place where Israel’s burnt offerings could be offered and it was the place that God chose at Jerusalem (Deuteronomy 12:13-14).  David purchased the threshingfloor of Araunah the Jebusite at Jerusalem and Solomon built the Temple there. Under the Old Covenant men worshipped God in His Temple because God’s presence was there (2 Chronicles 7:16) but now a New Covenant was about to be enacted. Men would not have to go to the Temple at Jerusalem for since Pentecost, the bodies of believers have become the temples of the Holy Spirit and Jews and Gentiles worship God in Spirit and in Truth in a new Dispensation; the Church Age.

Apostate Christendom has built “holy” edifices and sanctuaries but these are unscriptural. The Apostolic Church built no buildings and they understood the Church to be the believers rather than a building.

2)  NOW IS the Time for Saints to be Raised

The hour is coming, and NOW IS, when the dead shall hear the voice of the Son of God: and they that hear shall live (John 5:25).

When Old Testament saints died their souls waited in Paradise for this moment in history when they would be released in resurrection power. So we read in Matthew 27:52-53 that the graves were opened and “the bodies of the saints which slept arose and came out of their graves” after Jesus’ resurrection. 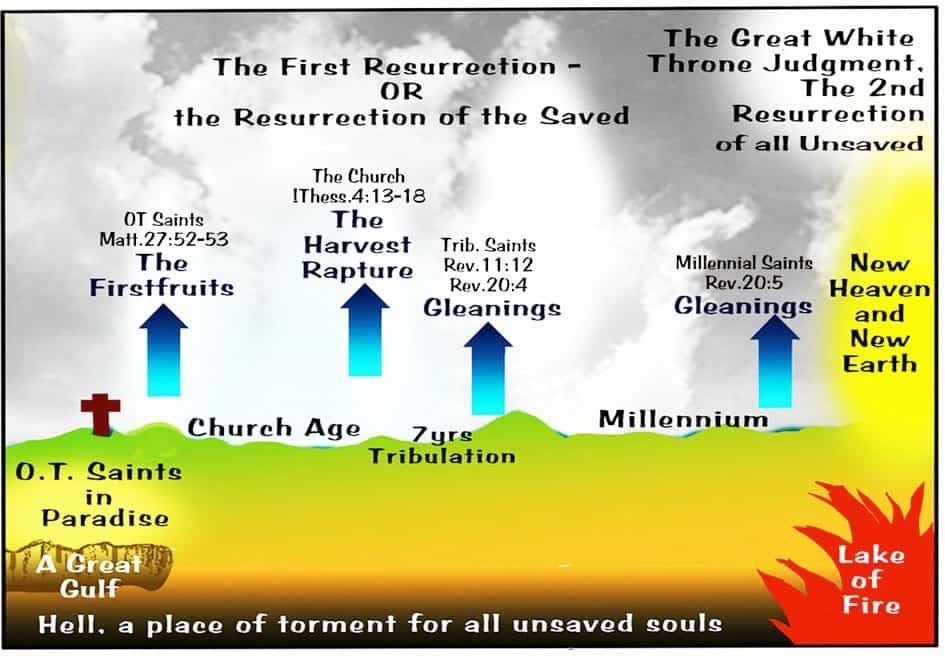 Nobody could rise from the dead before Christ rose because He was the “firstfruits of them that slept” (1 Corinthians 15:20-23) and the first believers to rise from the dead were the Old Testament saints who rose “after his resurrection” (Matthew 27:53). Jesus knew that this time was near and so He said, “The hour cometh, and NOW IS..”

3)  NOW IS the Time for Christ to Suffer

NOW IS my soul troubled; and what shall I say? Father, save me from this hour: but for this cause came I unto this hour (John 12:27).

This cost of redemption was high and only One could pay the price. Our Lord was troubled, deeply troubled, not just at the thought of physical suffering but that He, who never sinned, would be judged for the sin of all men from all time.

The composure of the Lord Jesus on the night in which He was betrayed is amazing. At the Last Supper He was composed as He told the disciples that one of them would betray Him. When Judas asked, “Master, is it I?” Jesus replied , “Thou hast said” and there was nothing in the Lord’s manner that alerted the other disciples to Judas’ treachery. John was sitting next to the Lord and Peter signalled to John to ask who it was that would betray Him. Jesus said it was the one to whom He would give the sop after dipping in bitter herbs. As Judas went out to betray the Lord, Jesus gave him the sop which was a mark of honour and said to him, ”That thou doest, do quickly” (John 13:27).

However, after the supper was ended they went out into the Garden of Gethsemane and, “being in an agony he (Christ) prayed more earnestly: and his sweat was as it were great drops of blood falling down to the ground” (Luke 22:44). Matthew records:

Then saith he unto them, My soul is exceeding sorrowful, even unto death: tarry ye here, and watch with me. And he went a little farther, and fell on his face, and prayed, saying, O my Father, if it be possible, let this cup pass from me: nevertheless not as I will, but as thou wilt (Matthew 26:38-39).

When Judas came with the soldiers we read:

Jesus therefore, knowing all things that should come upon him, went forth, and said unto them, Whom seek ye? (John 18:4).

Jesus knew that the cross was before Him and in the three hours of darkness the sin of the entire world would be laid upon Him.

This was the purpose of His coming into the world as He said, “For this cause came I unto this hour”. From the very beginning of His time on earth He knew that His life would end as our sin-bearer on the cross and that He would be the Lamb of God to take away the sin of the world. That time had come.

4)  NOW IS the Time for Satan to be Defeated

The greatest battle was about to be fought. The adversary of God and man was closing in on the Son of God. He deceived Judas and entered into him. He had desired to have Peter to “sift him as wheat” and might have had him but Jesus prayed for Peter that his faith might not fail: Though he denied the Lord, he repented with tears.

If some sin could be found in the Lord then the whole work of redemption would be thwarted, but Jesus said:

If the Lord did not rise from the dead Satan would win the day but that could not be. Victory was in sight and at last the enemy of souls would be defeated. Through death, Christ destroyed “him who had the power of death”(Hebrews 2:14). The prophecy was fulfilled and the “seed of the woman” bruised the serpent’s head. The time had come for Satan to be defeated; the prince of this world was cast out.

5)  NOW IS the Time for Christ to be Glorified

Not only would Satan be defeated when Christ rose from the dead but the time had come for Christ to be glorified and exalted to the right hand of the Father; His prayer would be answered, “Glorify thy Son that thy Son also may glorify thee” (John 17:1).

Before the Lord Jesus came to earth He shared the glory of God with the Father but when He took upon Himself the form of man and humbled Himself becoming obedient unto death, even the death of the cross, His glory was vailed. Briefly His glory was revealed when He performed miracles and on the Mount of Transfiguration so that John could write:

(and we beheld his glory, the glory as of the only begotten of the Father,) full of grace and truth (John 1:14).

The Lord Jesus, ”endured the cross, despising the shame, and is set down at the right hand of the throne of God” (Hebrews 12:2). That time had come.

6)  NOW IS the Time for the Kingdom to Be Deferred

My kingdom is not of this world: if my kingdom were of this world, then would my servants fight, that I should not be delivered to the Jews: but NOW IS my kingdom not from hence (John 18:36).

Jesus was accused of claiming to be the King of the Jews. Pilate governed for the power of Rome and any self-proclaimed king was therefore an enemy of the State.

However, Jesus was the King of Israel and it was His right to sit on the throne of David. He had preached, “The Kingdom of Heaven is at hand”.

Amillennialists would like to quote the first half of Jesus’ statement to Pilate when He said, “My kingdom is not of this world”. They argue that the kingdom is not an earthly kingdom but a “spiritual” kingdom and that we are now living in the Millennial Kingdom.

But if we take all of Jesus’ words we find that He stated His kingdom was not an earthly kingdom NOW ie. in Pilate’s day. However, it would be an earthly Kingdom in the future. When the disciples asked the Lord, if He would “at this time, restore again the kingdom to Israel” He told them that they were to preach the Gospel to the ends of the earth. Jesus did not deny that the kingdom would be restored to Israel but that it was deferred and He said, “It is not for you to know the times and seasons”. In other words the Kingdom would be restored to Israel but the Father would determine when it would occur.

The reason why His kingdom was not of this world at that time was in order for Him to be “delivered to the Jews” to complete God’s great plan of redemption.

If Jesus’ earthly kingdom had been established at His first advent Pilate could have “no power at all” against Him (John 19:11). When Jesus comes “in flaming fire taking vengeance on them that know not God” He will establish an earthly Kingdom but Jesus was saying NOW is the time He must suffer and His kingdom was deferred until His second advent.

Four thousand years of human history had passed during which Godly men looked forward to the coming of the Redeemer and now, at last, the time had come for the promises to be fulfilled. Jesus indicated that NOW, at His first advent, all of these things would come to pass: