The Prophecy that Jesus could not be the Son of Joseph 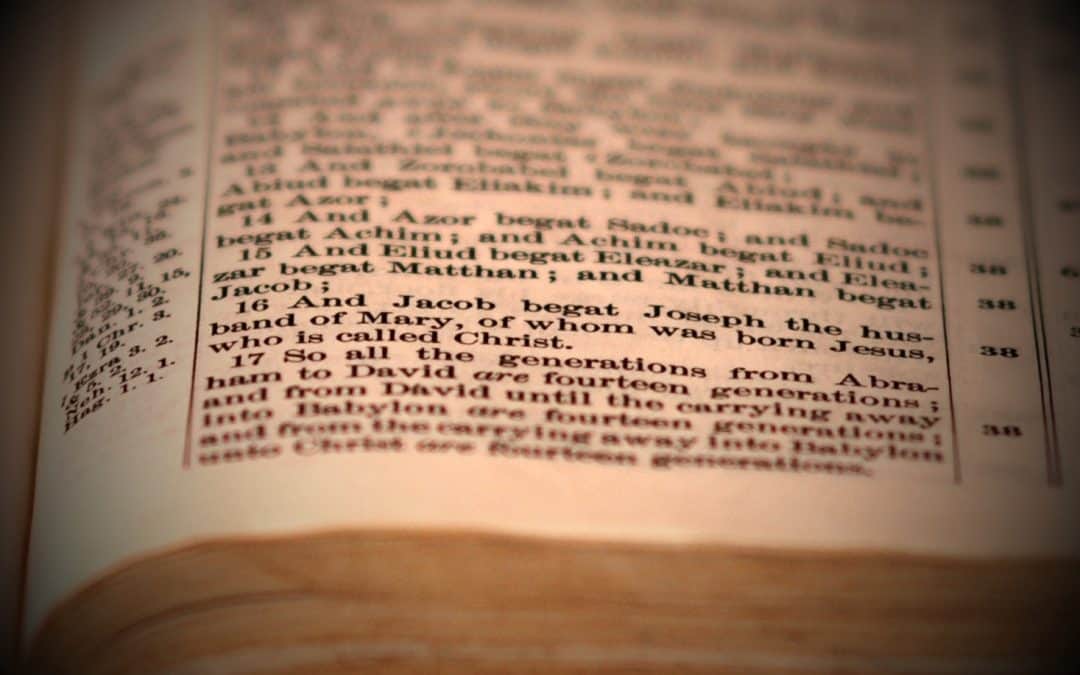 The historical books of the Old Testament give us the list of kings who reigned over Judah and Israel. The seed of David occupied the throne of David at Jerusalem but the last three kings, Jehoiakim, Jehoiachin, and Zedekiah, were exceedingly wicked, so much so that God determined that none of their seed would be permitted to sit on the throne of David. Their forefathers had continuously reigned but the behaviour of these evil men denied their seed the privilege of ever sitting on David’s throne. Thus we read:

Therefore thus saith the LORD of Jehoiakim king of Judah; He shall have none to sit upon the throne of David: and his dead body shall be cast out in the day to the heat, and in the night to the frost. And I will punish him and his seed and his servants for their iniquity (Jeremiah 36:30-31).

This prophecy was fulfilled when Nebuchadnezzar came in 597B.C. and besieged Jerusalem. Jehoiakim was first put in chains “to take him to Babylon” but like Zedekiah’s sons, he was slain, and then “buried with the burial of an ass, drawn and cast forth beyond the gates of Jerusalem” (Jeremiah 22:19).

His 18 year old son Jehoiachin was taken to Babylon by Nebuchadnezzar after reigning only 3 months and he spent the next 37 years in prison until the death of Nebuchadnezzar.

As I live, saith the LORD, though Coniah (Jehoiachin) the son of Jehoiakim king of Judah were the signet upon my right hand, yet would I pluck thee thence…And I will cast thee out, and thy mother that bare thee, into another country. O earth, earth, earth, hear the word of the LORD. Thus saith the LORD, Write ye this man childless, a man that shall not prosper in his days: FOR no man of his seed shall prosper, sitting upon the throne of David, and ruling any more in Judah (Jeremiah 22:24-30). 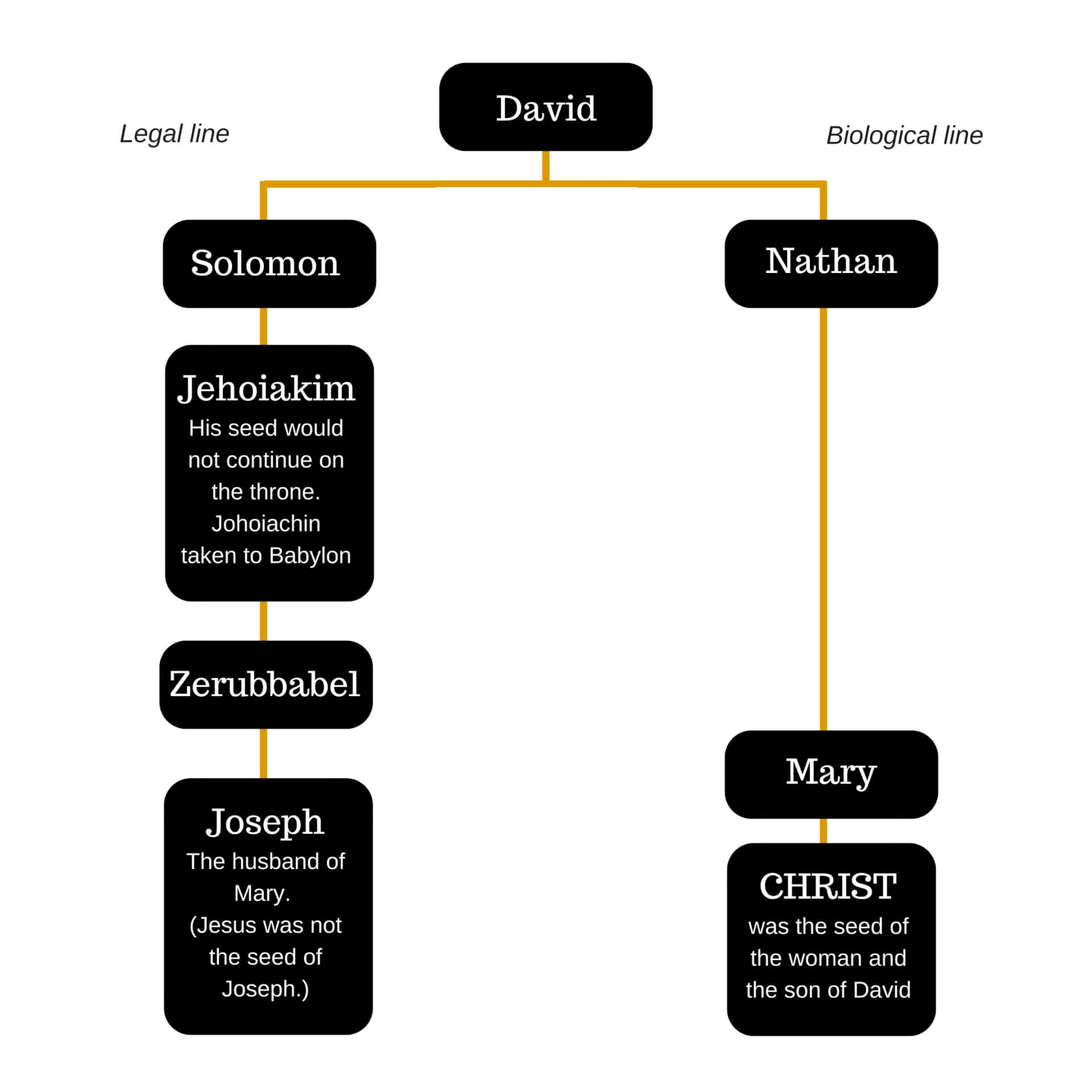 Nehemiah was falsely accused of appointing prophets to preach saying: “There is a king in Judah”. Sanballat threatened to report Nehemiah to King Artaxerxes (Smerdis) who usurped the throne of Persia for a short while after Ahasuerus (Cambyses) had committed suicide on his way home from his Egyptian campaign:

Then sent Sanballat his servant unto me in like manner the fifth time with an open letter in his hand; Wherein was written, It is reported among the heathen, and Gashmu saith it, that thou and the Jews think to rebel: for which cause thou buildest the wall, that thou mayest be their king, according to these words (Nehemiah 6:5-6).

There are no such things done as thou sayest, but thou feignest them out of thine own heart (Nehemiah 6:8).

History bears testimony to the fact that the throne of David ceased to exist when the Jews were taken to Babylon but Ezekiel stated that it would be “overturned” and “be no more” UNTIL “He comes whose right it is” (Ezekiel 21:27).

Now we have a problem. God promised David that his throne would last for ever:

God also promised that there would always be one of David’s seed eligible to sit on David’s throne:

For thus saith the LORD; David shall never want (lack) a man to sit upon the throne of the house of Israel (Jeremiah 33:17).

Jesus therefore could not be the seed of Joseph for Joseph, while being a descendent of David, came through Jehoiakim and Jehoiachin and none of their seed could ever sit upon the throne of David.

So there had to be another line of descendants from David which was eligible to sit on David’s throne and we have that other line recorded in Luke 3:23-38 – from David to Mary.

In judging Jehoiakim and Jehoiachin, it became apparent that the virgin birth was necessary. Jesus had to be the biological seed of David through Mary. God was His Father.

In God’s appointed time Jesus Christ will sit on the throne of David which He will restore after He returns:

Simeon hath declared how God at the first did visit the Gentiles, to take out of them a people for his name. And to this agree the words of the prophets; as it is written, After this I will return, and will build again the tabernacle of David, which is fallen down; and I will build again the ruins thereof, and I will set it up: That the residue of men might seek after the Lord, and all the Gentiles, upon whom my name is called, saith the Lord, who doeth all these things (Acts 15:14-17).

It was to Mary that the angel Gabriel said:

Behold, thou shalt conceive in thy womb, and bring forth a son, and shalt call his name JESUS. He shall be great, and shall be called the Son of the Highest: and the Lord God shall give unto him the throne of his father David: And he shall reign over the house of Jacob for ever; and of his kingdom there shall be no end (Luke 1:31-33).