Jesus’ Parting Prayer – For Me 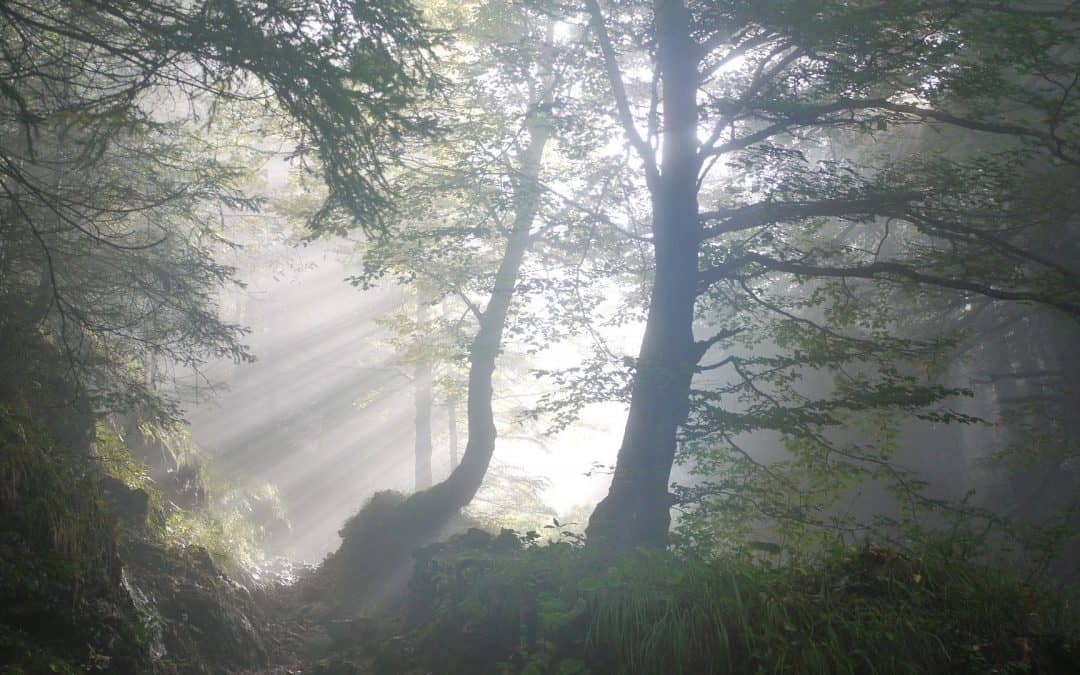 When Jesus contemplated His departure from this world He was concerned for those He would leave behind and made several requests for them. His requests were directed to the Father for the disciples whom the Father had given Him and to those who would believe on Him through their witness. He prayed:

I pray for them: I pray not for the world, but for them which thou hast given me; for they are thine. And all mine are thine, and thine are mine; and I am glorified in them (John 17:9-10).

This prayer is sometimes called the High Priestly prayer since Jesus continues to intercede for His Own at the Father’s right hand in heaven.

Christendom has misinterpreted this prayer and used it to promote the ecumenical movement based on a small part of the prayer taken out of context:

1. Jesus did NOT pray for the world

but for those who had been given to Him.  He said:

Old Testament believers belonged to the Father and the Father gave them to the Son. The disciples were already believers when Jesus called them to follow Him.

A new era was beginning and the Old Coventant was about to pass and be replaced by a New Covenant but those who were saved under the Old Covenant needed to be brought into a new relationship with the Father and the Son.

The Lord’s disciples had left the world’s side to be with Christ.

I have manifested thy name unto the men which thou gavest me out of the world: thine they were, and thou gavest them me (John 17:6).

2. Jesus prayed for those who belonged to Him

The world had waited for the time when “the Father sent the Son to be the Saviour of the world” and when Christ came in the fullness of time, the Father gave the true believers to Christ. When Christ died He went to Paradise and when He ascended He “led captivity captive” and took all the saved in Paradise to heaven (Ephesians 4:8). Now all believers belong to Christ:

For whosoever shall give you a cup of water to drink in my name, because ye belong to Christ, verily I say unto you, he shall not lose his reward (Mark 9:41).

3. Jesus’ prayer was extended to all those who would believe through the testimony of the Apostles

as recorded in the New Testament Scriptures.

Neither pray I for these alone, but for them also which shall believe on me through their word (John 17:20).

When we belong to Christ the world rejects us because we do not love the world system. The Gospel condemns the world and offers salvation from it.

There is a difference between loving sinners for Christ’s sake and loving the world system with its materialism, religion, sensuality, honour, ambition and praise.

If we search the Scripture we will not find one instance of Jesus seeking the cooperation of the Pharisees, the Sadducees, the Herodians or the scribes. Jesus referred to Herod as “that fox” (Luke 13:32) and Herod and his men of war mocked Jesus (Luke 23:11).

At no time did Paul join with Gnostics, and Epicureans in order to preach the Gospel. He opposed Judaisers and false teachers calling them the

enemies of the cross of Christ, whose end is destruction, whose God is their belly, and whose glory is in their shame, who mind earthly things (Philippians 3:19).

The true Church is diametrically opposed to Christendom and it would be foolish to expect opposing forces to cooperate with each other in order to help people come to Christ. Jesus said:

The New Testament spends much time exposing false teaching and warning us against it. The Lord says to those in Mystery Babylon,

Come out of her my people, that ye be not partakers of her sins, and that ye receive not of her plagues (Revelation 18:4).

There is a line drawn and the world system is on one side while the true believer is on the other. We love sinners for Christ’s sake but we do not join them. Our desire is that they leave the world’s side and join us on Christ’s side of that line so that they too belong to Christ.

If we trace the Lord’s life we will find He was hated at all times. Herod tried to kill Him as a child; the scribes and Pharisees plotted to kill Him and even at the beginning of His ministry the Jews in His own synagogue at Nazareth would have thrown Him over the brow of a hill if they could; at Jerusalem they tried to stone Him. Finally, Jesus was arrested, abused, mutilated and crucified. “He was despised and rejected of men” and if we belong to Him then we should expect the same treatment “outside the camp, bearing his reproach” (Hebrews 13:13).

The ecumenical movement today has no time for believers who refuse to surrender the great doctrines of the Word of God.

If we belong to Christ we have crossed over from the world’s side to Christ’s side.

The greatest hatred experienced by Jesus was from the religious people of His day and we can expect the same. It is ironic that the Lord’s prayer in John 17 is used by the ecumenical Church to gather all the apostates of Christendom together in an unholy union. They pick a few workds out of the Lord’s prayer and apply it to Christendom.

At the same time Christendom condemns the true believers who stand faithfully for the Word of God. We are branded as “Fundamentalists” and even likened to terrorist organizations in the Muslim fundamentalist camp.

Apostate Christendom has no convictions except the conviction that Bible-believing Christians are trouble makers. The Inter- faith Movement can even tolerate other religions such as Hinduism and Islam, but any Christian who holds to Biblical separation from the world system is anathema!

The ecumenical, Inter-Faith movement promotes dialogue with every false religion and endeavours to fuse them into one world company of tolerance and compromise.

Christendom will accept anybody today. Homosexuals are accepted; Idolatrous Roman Catholic priests are accepted along with Seventh Day Adventists pastors on ministers fraternals while tongues-talking charismatics are welcomed. It matters not what they believe for they will accept anyone provided they do not preach the whole counsel of God.

Let a pastor proclaim the necessity of the new birth, the Rapture of the true Church, and the verbal inspiration and infallibility of Scripture; let him oppose infant baptism and let him rebuke false teaching, social drinking and ungodly “gospel rock” music, and he will soon be shown the door and branded a legalist and heretic just as the martyrs in the middle ages were branded and sent to the stake to be burned.

Jesus’ prayer was for those who are hated by the religious of this world. The ecumenical movement has found expression in the World Council of Churches which began when diverse mission societies joined together at Edinburgh in 1910 with what seemed a good motive; to promote the Gospel. One authority states:

The International Missionary Council (IMC) was formed in 1921 and in 1961 became part of the World Council of Churches, founded in 1948 out of the other two major strands of 20th century inter-church co-operation, the Life and Work and Faith and Order movements. All three movements trace their origins to the World Missionary Conference held in Edinburgh in 1910.

After 1961…the focus of interest shifted strongly in a political and social direction…The founding of the International Association for Mission Studies in 1972 brought Catholics and Protestants together with an agenda not dissimilar to the old IMC. Over time the WCC realized the need to better accommodate Evangelical and Orthodox sensibilities…There was a delegate conference in Edinburgh from 2–6 June 2010, which included representatives of the Evangelical, Protestant, Orthodox and Pentecostal churches, and the Roman Catholic Church.

The logo of the WCC bears the Greek word oikoumene which means “world” and correctly depicts the world’s church or Christendom.

In 2008 the WCC condemned Israel for the occupation of Palestinian land and called for a boycott of Israel.

What began with mission societies sinking their doctrinal differences in 1910 has developed over 100 years into an apostate group. The 3 measures of meal (Rome, Orthodox, and non-conformist) are now fully leavened and God calls the Bible-believing Christian to separate from apostasy. True believers are “all one in Christ Jesus” but apostate Christendom is not in that company.

Jesus…suffered outside the gate. Let us go forth therefore unto him outside the camp, bearing his reproach (Hebrews 13:12-13).