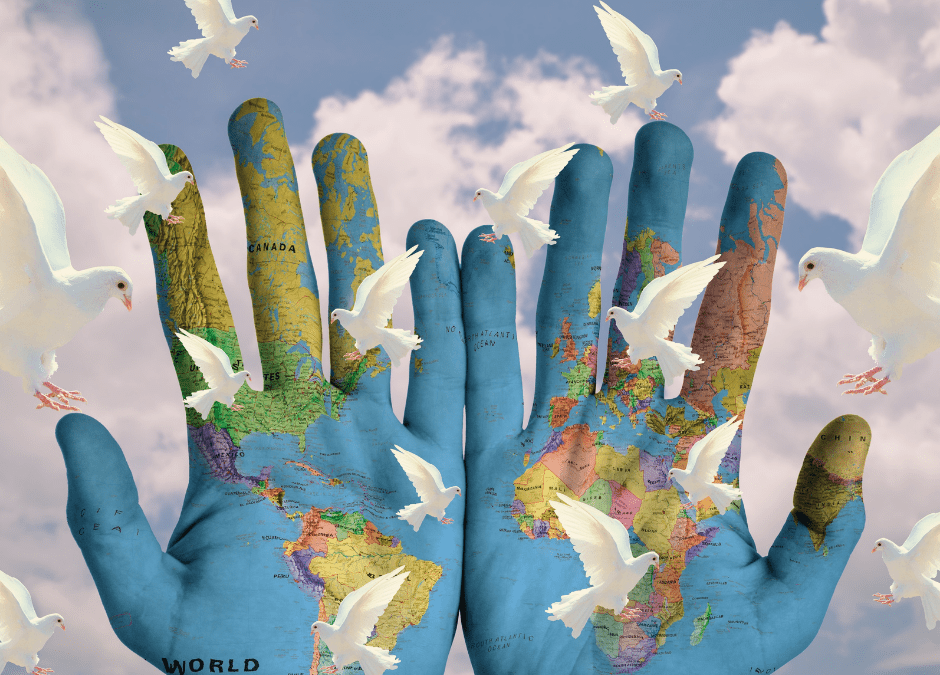 Elderly people reminisce of their younger days and the conditions under which they lived. Those who were too young to go to WWII recall the days of youth and the happy occasions enjoyed while growing up. Apart from the Cold War, the Korean War and the Vietnam War, the world was largely at peace and people could travel without fear.

Most people believed in God and had some religious attachment. Even at Public schools we sang the national anthem and each denomination conducted religious instruction as a part of the curriculum. Pubs closed at 6pm daily and all day on Sunday. When the pubs wanted to stay open until 10pm a referendum gauged public opinion. They now open till 4am. There was no Sunday sport and children generally went to Sunday School.

In those early days street preachers on city corners and at suburban railway stations were common.

On Sunday afternoons teams of Christians invaded the beaches and conducted childrens’ meetings at which the Gospel was clearly presented. In industrial areas preachers addressed workers in their lunch hour. Gospel wagons could be seen displaying verses from the Bible. Christians frequently distributed Gospel tracts in parks and wherever opportunity offered.

Easter was a solemn occasion especially Good Friday. It was a Holy Day and Churches conducted Easter Conferences with special communion services to remember the passion of our Lord. Originally the Royal Easter Show began the week before Easter and was closed on Good Friday and Easter Sunday. Today, Good Friday is the busiest Show Day!

Drugs were virtually unheard of except in China where opium was a problem but drug dealers now walk our streets and addiction is a major problem. Alcohol was considered evil and there were Temperance Societies but today those societies are silenced and social drinking is universally accepted. So much has changed since our generation was young.

International politics has also completely changed. Powerful atheistic movements have been able to delude the nations into believing that carbon dioxide must be reduced on the pretext that it is responsible global warming. When I went to school every chemistry class taught that carbon dioxide was essential for the growth of crops but today billions of dollars are demanded by the Green Movement to reduce the levels of carbon dioxide and Governments are slavishly binding themselves to impossible targets.

Perhaps the greatest tragedy is the change in Churches. Sunday Schools have closed down; Sunday Evening Gospel Services no longer invite sinners to turn to Christ for salvation. Hymns have been replaced with rock music and amplified bands.

The prosperity Gospel has turned some churches into a “den of thieves” and many theological colleges deny the verbal inspiration of the Holy Scriptures or teach deadly Calvinistic doctrine.

Demonic “tongues” accompanied by signs and wonders with false claims of miracle healings are deceiving thousands. The truth of the Lord’s return, even when believed, is seldom preached.

Programs conducted by most mainstream churches is essentially social with little emphasis on the spiritual needs of the people. Some churches have even abandoned the Biblical view of marriage.

So serious is the declension within Christendom that many genuine Christians cannot find a local church in which to worship and serve the Lord. Some have resorted to meeting in small Bible study groups in homes and get Bible teaching from the internet or from literature.

These changes and a lot more, have all happened in our generation. How could one generation change so radically? What is it that has brought about this change? Is there a conspiracy working on a global level to bring in a new world order? Many think so.

The real answer can only be found in Scripture. The Bible is God’s Word for all time and especially for the last days. Without any doubt there is a Satanic conspiracy that has existed since before Adam sinned. At that time Lucifer made a bold effort to exalt himself above the throne of God and as a consquence he lost his position in heaven. Ever since, he has plotted, planned and purposed to oppose God’s plan for this world and has worked in many different ways to achieve his objective.

There is a master conspiracy but it is not one contrived by men or any group of men. Satan has attacked God’s creation in many diverse ways. There are secret societies, evil rulers, corrupt politicians and greedy rich people. We cannot deny this. But all of these activities originate from Satan who is the “god of this world”. He is the mastermind operating from behind the scenes.

Some have written extensively about the illuminati, the masonic lodge, the club of Rome etc etc but these can never control world events. It takes a master mind far greater than anything that man can possess to change the course of history. There is only one who has enough spiritual power to influence the thinking of men all over the world and that personage is Satan.

How Satan operates in different countries will vary but his ultimate aim is to destroy the handiwork of God and frustrate God’s purposes as He seeks to bring men to salvation and ultimate blessing.

To say that there is a group of elite people who are so competent and so well equipped that they can manipulate world affairs is absurd. Satan however has the power and can raise up a Hitler or a Stalin and cause the death of millions. Other times he may place an ungodly professor in a University to establish a humanistic curriculum and thus corrupt the thinking of many.

Satan may establish a secret society and infiltrate political parties or encourage Drug Lords to distribute their drugs among millions. Only Almighty God can limit what Satan can do. Men, even the most brilliant, are but pawns in Satan’s hands.

Conspiracy theorists would have us believe that an elite group of men working behind the scenes have mapped out the course of history and that we are moving according to their plan toward global government.

Like most errors they contain a certain amount of truth. There are groups of men who are working to bring in a new world order but they are powerless to achieve their objectives and the reason is because the conspiracy theory conflicts with the revealed prophecies for the last days.

If there was a group of men controlling the course of history one would expect there to be a common universal cause. One would expect all the evil nations to be merging to fulfil a common plan. But that is not what the Bible teaches about the last days and it is not what we see among the nations.

Jesus clearly stated that as we get closer to the end of the age we can expect “wars and rumours of wars”– nation against nation! Nations will become more fragmented and divide into power blocks opposing one another and this will continue into the first half of the Tribulation.

In the space of the first 42 months of the Tribulation, immediately after the Rapture, Egypt must invade Israel and be destroyed (Daniel 11:40-45); Russia and Islam must invade Israel (Ezekiel 38 and 39, Joel 2); Asia must erupt into a conflict that will destroy one third of mankind (Revelation 9:13-21); some Arab states such as Sheba and Dedan must align with the Merchants of Tarshish (Ezekiel 38:13). At the very beginning of the Tribulation we are told that peace will be “taken from the earth” and they will kill one quarter of men (Revelation 6:4). In other words there will be global anarchy.

It certainly is not a co-ordinated plan by an elite group of extremely wealthy men working behind the scenes to establish peace under one-world Government.

There will be one-world Government but it won’t be brought about by the Illuminati, the Club of Rome, the Masonic Lodges or anybody else. One-world Government will only occur, according to Scripture, when Antichrist takes over halfway through the Tribulation when conditions will make it possible for it to happen.

At the mid-point of the 7 years of Tribulation the whole world will be in ruins! The Asian War will have broken the political and military might of China, India, Japan and every other Asian country.

In the first half of the 7 years of Tribulation, the Islamic nations will be smashed and Russia will be burned. Two thirds of the Jews in Israel will have perished. Those that dwell confidently in the Isles (Britain and USA) will be burned and only Antichrist will remain.

The only “secret society” behind Antichrist it will be “mystery Babylon” who sits on the “seven hills” of Rome (Revelation 17 and 18). Mystery Babylon is international, elite, exceedingly rich, and capable of pulling strings on the world scene and persecutes the saints. It is this Harlot woman who rides the Antichrist to power! But the Papacy will be burned at the end of the Tribulation when Antichrist and his 10 kings turn on her for they will have no more need of her help!

It is better to follow the events clearly set out in Bible prophecy than to imagine that evil men can manipulate world events.

The Bible teaches that the real villain is Satan. He knows he has but a short time and will use anybody and everybody to achieve his purposes. We are “not ignorant of his devices” (2Corinthians 2:11).

The Church will never see world government. It simply cannot happen this side of the Rapture and it certainly will not happen before the mid-point of the Tribulation. Let us be found

Looking for that blessed hope, and the glorious appearing of the great God and our Savior Jesus Christ (Titus 2:13).