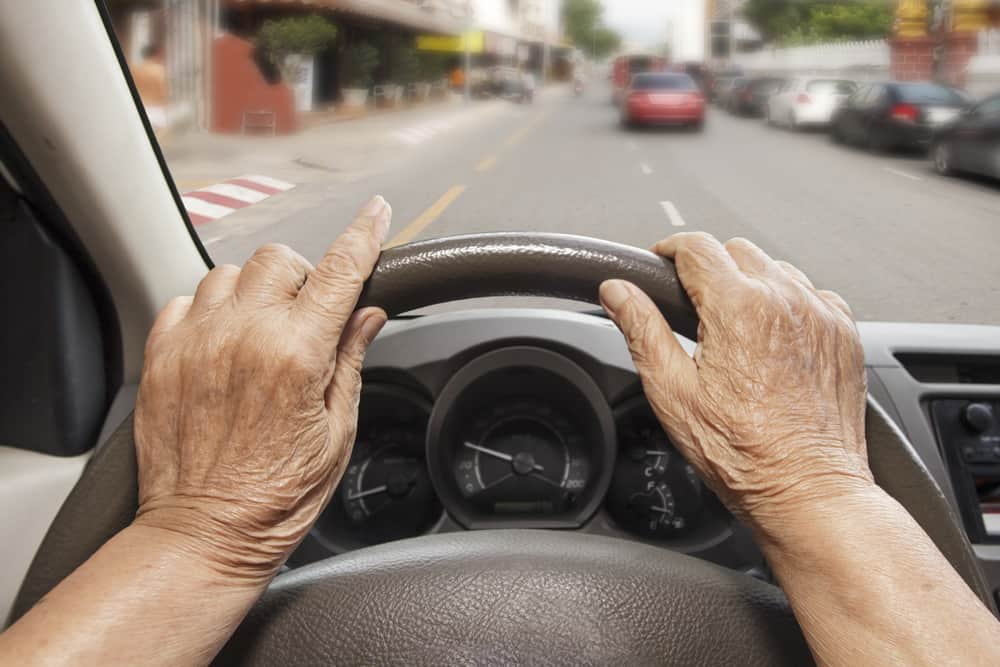 It’s about time authorities did something about older drivers on our roads.

For far too long older drivers have caused havoc as they hog the left lane, stick to speed limits (even the road work limits) and stop at stop signs, causing great inconvenience and often preventing others from doing whatever they like.

Another major concern is that they avoid fines and demerit points and are not doing their bit to help the revenue of the State, thus placing a further burden on younger drivers.

Until older drivers can prove that they are proficient in weaving in and out of traffic, driving while texting, tailgating, using drugs or doing burnouts, they must be banned.

These Oldies are not only a menace on the highways but they are a constant problem in churches. They insist on singing hymns and taking their own Bible to church. They open their Bible when the pastor has a Scripture reading just to check on him. They complain that their ears hurt when the drums in the church are amplified above 150 decibels, and even say our rock music is evil. They have no College education yet are a thorn in the side to the pastor when he questions the accuracy of the Bible, even accusing him of heresy.

Oldies have no sense of humour and when a preacher cracks a joke about the Rapture theory they nearly go into orbit.

When a pastor in one church preached a sermon on the text, “That they all may be one”, and suggested we should join with Catholics, Seventh Day Adventists, and Charismatics, some of these Oldies stopped putting money in the offering and made it difficult to pay the pastor’s stipend. Then when a member suggested a sale of works with a raffle, one Oldie walked out of the church and said the church had become a den of thieves.

These Oldies are so intolerant that when the cardinals were seeking guidance to select a new Pope they even objected to Rick Warren asking us to pray that the right choice should be made!

Something has to be done about these Oldies in the pews. To solve the problem Rick Warren has suggested that all members be asked to sign that they agree with the new contemporary program or else they should quit. It’s no wonder some experts are suggesting euthanasia as a solution.

There’s just one problem. Ezekiel said that God was on the side of all those who “sigh and cry for all the abominations that be done”, and if these whining Oldies are right, we might just be in trouble.

(Adapted from a newspaper article in Queensland)