Only One Correct Interpretation 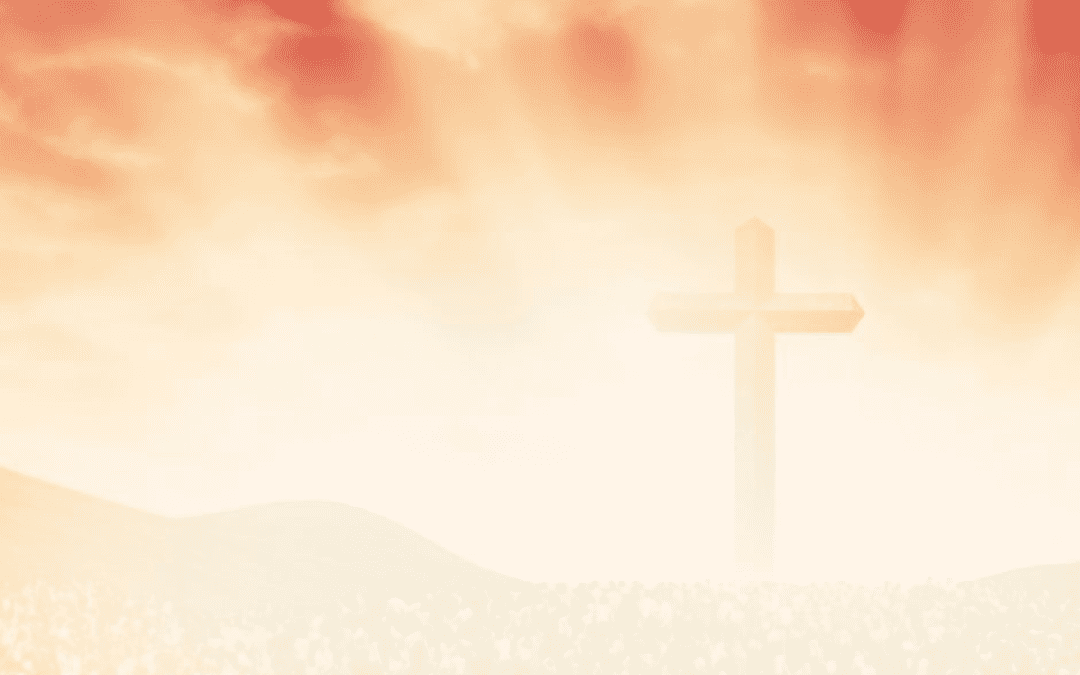 A common view held by theologically trained people is that everybody is entitled to their own view and one view can be just as valid as another.

It is understandable that some preachers take this view after sitting for several years listening to lectures from lecturers with diverse views and who don’t believe in a verbally inspired Bible. One only has to look at the list of text books supplied to students in a theological college to realise that they express opinions of men and do not rightly divide the Word of truth.

It is all a matter of authority. Do we accept a particular view of scripture because an emminent teacher has a MTh or DD after his name, or because the Word of God states it?

After almost daily reading the Word of God for over 70 years I have discovered that even some highly respected and Godly writers can be entirely wrong on certain points of interpretation, so much so that I wonder sometimes how well to these “experts” really know their Bible. One excellent Bible Teacher whom I regard as reliable and sound made a statement that the Biblical Flood of Noah’s day was thousands of years before Abraham. Perhaps it was a slip of the pen but there is only one answer to the question of how long it was between the Flood and Abraham and any 6th grade primary school child can add the ages of each generation given in Genesis and can state with certainty that from the Flood to the birth of Abram was exactly 347 years.

But “scholars” don’t want to take the Bible literally and want to accommodate the teaching of theistic evolutionists. Some may not go so far as to believe in evolution’s millions of years but they want to stretch the time back to creation from the Biblical 6,000 years to 10,000 years.

If we believe the Bible to be the inerrent Word of God then we either accept its history to be the only accurate record of the history of mankind or we don’t. What secular historians say has to be checked against the Word of God. If they disagree then they are wrong and the Bible is right. There can be only one correct interpretation.

So this respected Bible teacher says he found that the Bible taught a preTribulation Rapture but it might not happen as the Bible says! Why would he make such a statement?

I believe the reason for his willingness to allow two views contrary to scripture is because he respects the views of false teachers who deny a pre-Tribulation Rapture! He has surrendered the authority of the Word of God to the authority of false teachers! Rather than fall out with his friends who have contrary views, he allows that their unBiblical views could be as right as the Bible!

If we look back in history to the theology taught in Christendom over the past 2,000 years we can observe all kinds of teaching ranging from ritualistic, idolatrous, legalistic, spiritistic to simple Bible-believing teaching. If the Bible as the Word of God, is not the final authority in all matters, then we will never come to a common conclusion on any matter.

We need to recognise that even among Bible-believing saints there will be differences in views because our knowledge of God’s Word I progressing. We begin the Christian life as “babes in Christ” and we take years to grow up in Christ to full maturity and a full understanding of the Word of God. And we will never cease to learn. There are no experts in the knowledge of God’s Word – we are all students until the day we die and go home to glory to receive perfect knowledge!

So what should be our attitude? Paul advised us to

Prove all things; hold fast that which is good. Abstain from all appearance of evil (1 Thessalonians 5:21-22).

We need to be as the Berean Christians who

received the Word with all readiness of mind, and searched the scriptures daily, whether those things were so (Acts 17:11).

God has put pastors and teachers in the Church

for the perfecting of the saints, for the work of the ministry, for the edifying of the body of Christ: Till we all come in the unity of the faith, and of the knowledge of the Son of God… (Ephesians 4:11-13).

It is God’s desire that we all believe the same thing exactly as taught in the Word of God for there is only one correct view on any subject and we will find that view if we honestly and submissively study the Word of God in dependence upon the Spirit of Truth to teach us. Where there is difference we need love and grace as we recognize that each of us is still learning.

So When Will the Rapture Occur?

Let us approach the subject in the right frame of mind – willing to go wherever the Word of God leads us. And when we find the clear teaching of scripture let us hold fast to it with all boldnes and without any compromise.

The first thing we need to acknowledge is that there are three classes of people that God deals with; The Jew, the Gentile, and the Church of God. (Galatians 3:28).

In the Old Testament Israel was God’s people and the Gentiles were the ungodly nations who usually were idolators. Israel was meant to be God’s witness on earth (Isa.43:10-12).

When Israel rejected her King and Messiah, Jesus Christ, God put Israel aside and scattered them among the nations while He began to gather a people from all nations to be the Bride of Christ and this was called the Church.

But God has made eternal covenants with Israel that cannot be broken and He has plainly stated that in the last days Israel will be chastened during a 7-year Tribulation and will turn back to God at that time. When they do, God will make a new covenant with them that will never be broken.(Jeremiah 31:31).

The Church of Christ began on the day of Pentecost and consists of individuals, from all nations, who trust in Jesus Christ. Each believer is espoused (engaged) to Jesus Christ (2 Corinthians 11:2). Christ is the Bridegroom of the Church (John 3:29).

The wedding day of the Church and Christ must occur in heaven BEFORE Christ returns to reign over the earth (Revelation 19:7-9) for He will “return from the wedding” (Luke 12:36).

Christ returns as King of kings to reign “immediately after the tribulation” (Matthew 24:29) so the marriage of the Lamb must occur in heaven while the Tribulation is on earth.

The 7-year Tribulation is a period specifically determined upon Israel (Daniel 9:24-27). It is the final seven years of Israel’s history before they reign with Christ in His millennial kingdom.

This seven years is described in full in Revelation chapters 6 to 18 and there is not one mention of the Church on earth in those chapters. Israel is mentioned again and again and it is clearly “the time of Jacob’s trouble” (Jeremiah 30:7) when the nation is brought to repentance and again becomes God’s witness on the earth preaching the Gospel of the Kingdom to all nations of the earth (Matthew 24:14).

In 1 Thessalonians 4:14-18 Paul describes the Rapture. Every deceased believer in this Church age and every believer alive at the time, will be given resurrection bodies like unto Christ’s body. The Old Testament saints won’t be involved for they were raised when Christ rose (Matthew 27:52-53).

Immediately after Paul described the Rapture of the Church-age believers, he stated in 1 Thessalonians 5:1-11 that the Day of the Lord, which is another name for the Tribulation period, would follow and he categorically stated that while the Tribulation would come upon the ungodly

ye, brethren, are not in darkness, that that day should overtake you as a thief… For God hath not appointed us to wrath, but to obtain salvation by our Lord Jesus Christ, Who died for us, that, whether we wake or sleep, we should live together with him. Wherefore comfort yourselves together (1 Thessalonians 5:4-11).

Nothing could be clearer. Believers in Christ are not appointed to the wrath of the Day of the Lord (the Tribulation) and we can be comforted by that fact!

Furthermore, In his second epistle Paul answered the concerns of the Thessalonian believers who had been told by false teachers that they were already in the Tribulation. If this was true, then they must have missed the Rapture because Paul had told them earlier that they would be raptured before the Tribulation.

Again Paul affirmed that the Tribulation could not come until the Rapture had taken place. He said:

Let no man deceive you by any means: for THAT DAY SHALL NOT COME, except there come the departure first, and that man of sin be revealed, the son of perdition; Who opposeth and exalteth himself above all that is called God (2 Thessalonians 2:3-4).

This is the correct translation of the verse consistent with the context and the Greek text.

“That day” is undoubtedly the “Day of the Lord” or the Tribulation and it CANNOT come until two things happen.
1. There is the Departure; i.e. the Rapture of the Church and
2. The man of Sin is revealed to sign a 7-year covenant (Daniel 9:27) with Israel and thus usher in the last 7 years of Israel’s history before Christ returns to reign as King of kings!

These two signs will indicate to Israel and the world that (Matthew 24:3) has come. Jesus twice told the Jewish believers of this sign of the end of the age. He said there would be:

When John wrote the words of Christ to the Church at Philadelphia he said:

I also will keep thee from the hour of temptation, which shall come upon all the world, to try them that dwell upon the earth. Behold, I come quickly: hold that fast which thou hast, that no man take thy crown (Revelation 3:10-11).

The Great Tribulation will come upon all the earth and believers will be kept from the very TIME – the HOUR!

After describing the Church age in chapters 2 and 3 of the Revelation John foresaw his own Rapture into heaven in Chapter 4:1-2.

the first voice I heard was as it were of a trumpet talking with me; which said, Come up hither, and I will shew thee things which must be hereafter. And immediately I was in the spirit: and, behold… one sat on the throne.

We can have absolutely no doubt from these scriptures that the Rapture will occur BEFORE the Tribulation. We don’t have to make allowance for a mid-Tribulation Rapture or a PostTribulation Rapture. There can only be one correct interpretation!