Is Francis the Last Pope? 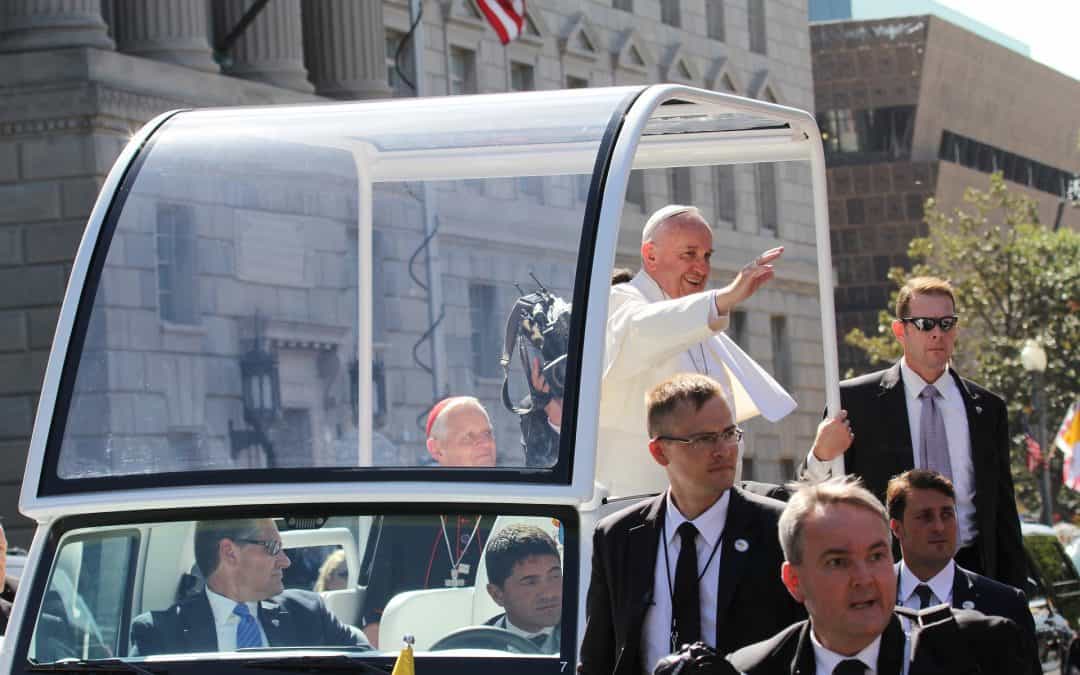 There has been much speculation as to whether Pope Francis will be the last Pope. We constantly hear the matter raised and reference is made to prophecies of an Irish Bishop, Malachy, who lived in the 12th century. While on a visit to Rome in 1139 he went into a trance and claimed to have had a vision in which he saw the names of the 112 Popes that would follow Pope Innocent II who was elected Pope on 14 Feb., 1130 and died 24 Sept., 1143.

Another Pope was elected by other cardinals a few hours later. Innocent called the Tenth Ecumenical Council with 1,000 bishops present and his opponent, Pope Anacletus II, was deposed.

This controversial Pope was the starting point for Malachy’s prophecy which claims that the 112th Pope would see Rome destroyed by an “evil judge”. He saw the last Pope walking over the dead bodies of priests, as the he shepherded the Church in a time of great persecution.

What makes this story interesting to many people is that Pope Francis is the 112th Pope.

It has amazed me that some Bible prophecy writers have given credence to this “prophecy” even stating that Malachy “was known to have the gift of prophecy!”

Malachy was a bishop of the Catholic Church who would have administered the Mass which is a blasphemous idolatrous sacrifice. If he was making prophecies then he was a false prophet and didn’t get his prophecies from God.

One thing is certain; Pope Francis will not be the last Pope! So if the Rapture is imminent then Francis won’t have a long reign! We know he has only one kidney and is a sick man.

When the Americans went into Iraq I recall seeing John Hagee on Benny Hinn’s TV show and Hagee predicted the Rapture within 6 months. He is a false prophet because the Bible says:

The fact that the Bible foretells the final destruction of Mystery Babylon which sits on the seven hills of Rome is well known to the demons who gave the vision to Malachy but demons do not know when God will do it. Even the Lord Jesus does not know as He said in Mark 13:32. Until the Father determines when the Rapture will occur no man, angel or the Lord Himself – nobody knows the time of the Lord’s return or when the Tribulation will begin.

We know that we are living in the last days and the coming of the Lord is drawing near but to say that this Pope will be the one who is judged when Mystery Babylon is burned has no Divine authority at all and must be discarded by Bible believing Christians.

Malachy’s prophecy is wrong on a number of counts. All of God’s prophets were from Israel for “unto them are committed the oracles of God” (Rom.3:2). Divine revelation was completed in AD96 when John wrote the Book of Revelation, His Gospels, and Epistles.

Malachy was an apostate bishop of the idolatrous Roman Catholic Church who it is claimed, predicted the hour of his own death. Satan can arrange that!

Malachy was so highly regarded by the Catholic Church that he was canonized in 1190: That would not have happened if he had opposed the apostasy of the Church of Rome.

A similar situation has occurred with the Islamist prophecies of the Mahdi who, according to Islamists, is to appear for 7, 9 or 19 years, depending on the interpretation of Islamic tradition, at the end of the world and will rid the world of “evil” as the “redeemer” of Islam. This is supposed to coincide with the second coming of Jesus who will assist the Mahdi to destroy the Antichrist.

The lesson for us is not to believe false prophets, nor to give credence to their pronouncements. Demons know what is in the Bible and they can mix their lies with a few facts from the Bible to deceive and bring people into a state of fear. It is disconcerting to read articles by preachers, usually with a Middle East background, who treat Islamist predictions seriously.

Thou shalt not be afraid of him!

Now, more than ever, Christians should keep close to the Word of God and not speculate or dabble with the predictions of false prophets. God has given us all we need to know about the last days in His Word and we should go no further!