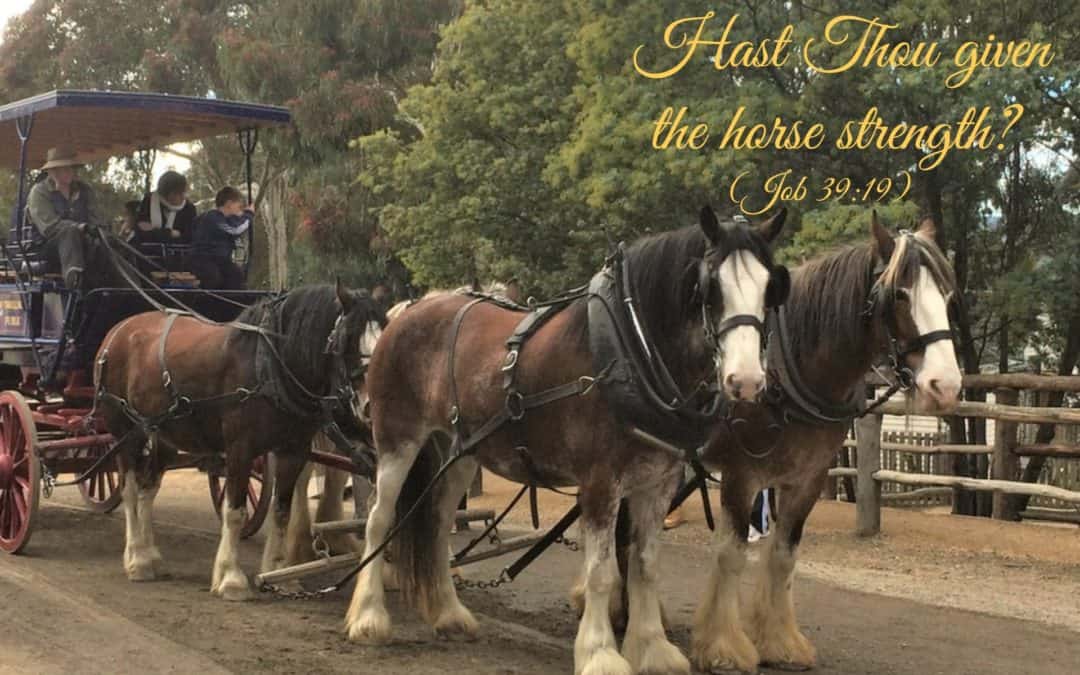 The horse is the one animal that has transformed civilization more than any other.

Before modern machines the horse was integral in the development of many cultures throughout the world.

As well as transportation, the horse has been used in warfare, agriculture, mining, and in thousands of other ways.

The dog may be man’s best friend but the horse has been proven to be man’s most useful servant.

Hast thou given the horse strength? hast thou clothed his neck with thunder? Canst thou make him afraid as a grasshopper? the glory of his nostrils is terrible. He paweth in the valley, and rejoiceth in his strength: he goeth on to meet the armed men. He mocketh at fear, and is not affrighted; neither turneth he back from the sword. (Job 39:19-22)

Is the horse just an evolutionary accident? No, of course not, each horse is a unique creation of God testifying to His eternal power.

For the invisible things of him from the creation of the world are clearly seen, being understood by the things that are made, even his eternal power and Godhead; so that they are without excuse: (Romans 1:20)