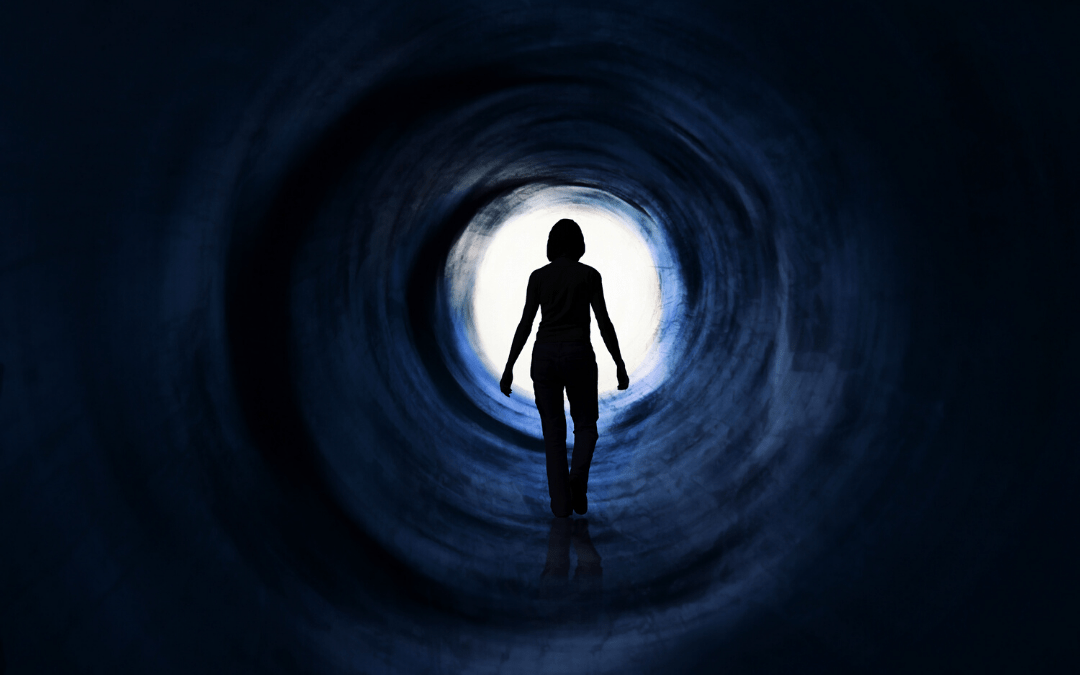 Life after death is a great mystery to mankind and pagans have invented theories to explain what happens to the soul when the body fails. Atheists think we die like animals with no future existence beyond the grave.

Eastern religions teach reincarnation: that we continue on earth in another form; it is a central tenet of all major Indian religions, namely Buddhism, Hinduism, Jainism, and Sikhism.

The Catholic Church teaches that it has the power to administer grace that will guide those departing this life to heaven via a fictitious purgatory. The source of such conjecture is the traditions of the church and the claim that the Pope is infallible.

The Bible states: “Eye hath not seen, nor ear heard, neither have entered into the heart of man, the things which God hath prepared for them that love him. But God hath revealed them unto us by his Spirit: for the Spirit searcheth all things, yea, the deep things of God” (1 Corinthians 2:9-10).

The Bible is the words of the Holy Spirit preserved by God for us to know what lies beyond the grave and this is why Satan, our great enemy, would want to attack the Bible from within and without Christendom.

When Christians die, they are transported by the angels who are our guardians from childhood in this life, into the presence of Christ. The Bible states that“whilst we are at home in the body, we are absent from the Lord… We are confident, I say, and willing rather to be absent from the body, and to be present with the Lord (1 Corinthians 5:6-8).

In the future, the Christian is assured of a glorious resurrection and “so shall we be for ever with the Lord” (1 Thessalonians 4:17).

At death, the soul of the unsaved person passes into hades to await the resurrection of damnation, the Great White Throne judgment, and the lake of fire (gehenna).

Adam was perfect until sin separated him from God. If men refuse the free gift of salvation purchased by a loving God when Christ died and rose again, then they seal their own destiny.

What About the Angels?

Angels are spirit beings (Hebrews 1:7) and one third of God’s angels followed Satan when he rebelled. There is a place in hades for some of these who have sinned grievously since that time. These have been restrained in tartaros until they are sent to the lake of fire. Peter wrote: “God spared not the angels that sinned, but cast them down to hell (tartaros), and delivered them into chains of darkness, to be reserved unto judgment” (2 Peter 2:4).

Jude tells us why these fallen angels were confined in tartaros; “The angels which kept not their first estate, but left their own habitation, he hath reserved in everlasting chains under darkness unto the judgment of the great day” (Jude 1:6).

According to Strong’s Greek Dictionary, Tartaros is literally “the deepest abyss of Hades”.

At the time of the Flood, some of Satan’s angels, called, “the sons of God”, “left their own habitation” and, “saw the daughters of men that they were fair; and they took them wives of all which they chose…There were giants in the earth in those days” (Genesis 6:2,4).

For this attempt to pollute the human bloodstream and thwart God’s purpose to redeem man through the “seed of the woman” (Genesis 3:15), these angels were bound in “chains of darkness”, in tartaros, to await the lake of fire (gehenna).

When Jesus cast the legion of demons out of the man at Gadara, the demons “besought him that he would not command them to go out into the deep (abyss)” (Luke 8:31).

The abyss is a place of torment and the demons who possessed the man at Gadara cried out: “What have we to do with thee, Jesus, thou Son of God? art thou come hither to torment us before the time?”

So the demons in the bottomless pit are in torment and they know that they will be bound there until the day of judgment because they did not want to be sent there “before the time”.

Not all of Satan’s angel’s are bound in tartaros; the deepest abyss of hades. Satan and many of his angels still have access to heaven where he, as “the accuser of our brethren” accuses us “day and night”(Revelation 12:10).

We know Satan presently has access to heaven for during the Great Tribulation, the Dragon (Satan) will openly declare war against the throne of God but Michael the archangel will cast him down to the earth and we read: “Neither was THEIR PLACE found any more in heaven (Revelation 12:8).”

Satan appeared before God to accuse Job (Job 1:6; 2:1) and “a lying spirit” appeared before the throne of God with an offer to entice King Ahab to destroy him (2 Chronicles 18:21). Jesus cast out demons and Satan had liberty to test the Lord Jesus on the Mount of Temptation. In this age “the devil, as a roaring lion, walketh about, seeking whom he may devour” (1 Peter 5:8).

Ultimately the lake of fire is prepared for “the devil and his angels” (Matthew 25:41) at the end of the Millennial Kingdom (Revelation 20:10)

Where is the Bottomless Pit?

There is no escape for demons bound in the bottomless pit unless released by the angel.

During the Tribulation, at the 5th trumpet judgment, an angel will unlock the bottomless pit to release fallen angels for a short time to afflict men on earth. Demons have the power to hurt men physically.

When aboriginal witchdoctors point a bone at a person that person can become physically sick and even die. During the Tribulation the demons from the bottomless pit will have power to make men so sick they will wish for death (Revelation 9:6).

These demons are led by a king named Abaddon (also called Apollyon). Possibly this demon will possess the Roman Prince, Antichrist, who becomes the Beast halfway through the 7-year Tribulation, for we read in Revelation 17:8 that “The beast (Antichrist)…was, and is not; and shall ascend out of the bottomless pit, and go into perdition.”

When Christ returns, Antichrist, and his False Prophet, together with all who follow them will be slain, given a resurrection body, and go immediately to the Lake of Fire (gehenna) before the 1,000 reign of Christ begins on earth. Only resurrected people go to the lake of fire. Jesus warned us to “fear Him which is able to destroy both soul and body in hell (gehenna). Daniel refers to this resurrection in Daniel 12:2.

However Satan will be bound for 1,000 years in the bottomless pit at the return of Christ (Revelation 20:2). An angel with the key to the bottomless pit will open it to admit Satan and seal him there until the end of the millennial kingdom.

According to Luke 4:6 Satan has been given all the kingdoms of the world and Isaiah the prophet foretold the time when Satan, as the spiritual personality behind the King of Babylon, would be cast into the bottomless pit witnessed by those he has deceived. He will be mocked by all those he deceived.

Isaiah wrote: “Thou shalt be brought down to hell (sheol), to the sides of the pit. They that see thee shall narrowly look upon thee, and consider thee, saying, Is this the man that made the earth to tremble, that did shake kingdoms” (Isaiah 14:15-16).

From this we learn that the bottomless pit is a part of hades.

The rich man was tormented in flames and we read that when the bottomless pit is opened in the Tribulation, John saw: “a smoke out of the pit, as the smoke of a great furnace” (Revelation 9:2).

The bottomless pit was the great gulf between the Paradise and torment sections of hades prior to Christ’s resurrection. For three days after Jesus died He was in Paradise with the thief who was crucified with Him. When Jesus ascended He took all the Old Testament saints to heaven; Paradise is now in heaven (2 Corinthians 12:1-4). Hades is now only a place of torment for unsaved souls and it still has the bottomless pit for certain fallen angels who have been bound there.

Hades (Hebrew, sheol) had three parts before Christ rose from the dead:

During the Tribulation there will also be four angels loosed who have been “bound in the great river Euphrates” (Revelation 9:14). We do not know when or why. Prior to the Tribulation, Satanic powers are restrained by the presence of the Holy Spirit in the Church. That restraint is removed at the Rapture.

At the end of the millennial kingdom Satan and his hosts will be released for a short time to test the nations before he is cast for ever into the lake of fire which is prepared for him and all who have been deceive by him.

Jesus Never went to the Torment Section of Hades

Jesus went to Paradise after He died. He did not need to suffer in hades for our sins for He “bare our sins in His own body ON THE TREE”.(1 Peter 2:24). When He said on the cross, “It is finished!” the work of redemption was complete.

Neither did Jesus go to the Bottomless Pit for that is reserved for fallen angels and Satan. Jesus spent three days and nights with the repentant thief from the cross (Luke 23:43) and with all the Old Testament saints in Paradise. When Jesus ascended He took Paradise into heaven with all the Old Testament saints from the beginning of time (Ephesians 4:8-10; 2 Corinthians 12:1-4).

The Bottomless Pit was locked up when Jesus died and will remain so until opened in the coming Tribulation (Revelation 9:2). It will be locked up again when Christ returns and Satan is bound in it for 1,000 years. Satan will not have access to the unsaved souls of men in hades where they are incarcerated awaiting the Great White Throne. His dominion over unsaved men ceased when they died. He only has dominion over men in this life and cannot deceive them in the after life. They are fully aware of his devices after death.