The Dead Sea to Be Blessed 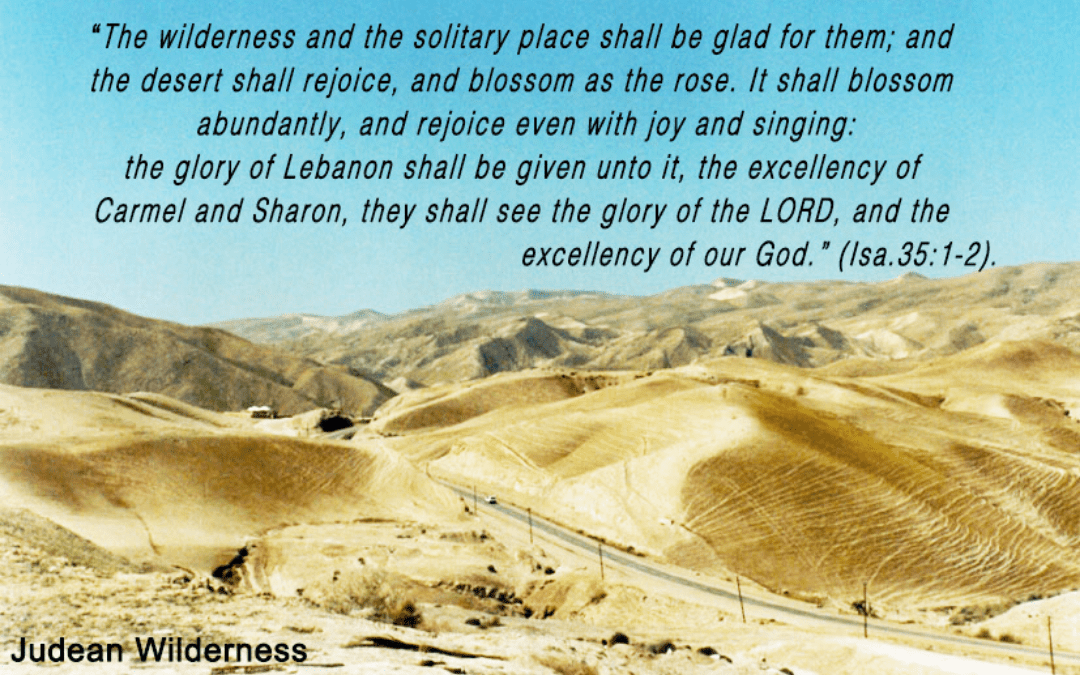 (This is a chapter from our new Book, The Glory of God, The Prophecies of Ezekiel Explained)

In chapter 47 of the Book of Ezekiel we read that Ezekiel was shown waters that “came down from under, from the right side of the house, at the south side of the altar.”  The “house” referred to was the Temple that will be built at Jerusalem after Christ returns. The specifications of that Temple are given in Ezekiel chapters 40 to 43.

Within 2 kilometers of the Temple the water that came from the aquifer was a gushing stream flowing east from the Temple down through the Judean wilderness to the Dead Sea.

Zechariah also tells us that when Christ returns, the Mount of Olives which is on the east of Jerusalem, will split and become a great valley running east-west (Zechariah 14:4) and that “living (fresh) waters shall go out from Jerusalem” (Zechariah 14:8). It will be through this valley that these waters will flow.

Israel already has a mountain aquifer and until recently it supplied one third of the nation’s water. This is a remarkable aquifer because Jerusalem and Hebron are the highest mountains in Israel yet the water is rushing through what is known as Hezekiah’s tunnel sometimes knee deep. It is thought the waters bubbling up at Jerusalem are fed from melting snows as far away as eastern Turkey. Much of Israel is limestone country and there are many caves through which the waters might flow. The earthquake that splits the Mount of Olives when Christ returns will no doubt intersect this aquifer and supply the fresh waters that will increase all the way through the Judean wilderness for 33 km down to the Dead Sea. So great will the flow of water become that the salty waters of the Dead Sea will become fresh and rise all the way up the Jordan Valley to the Sea of Galilee. 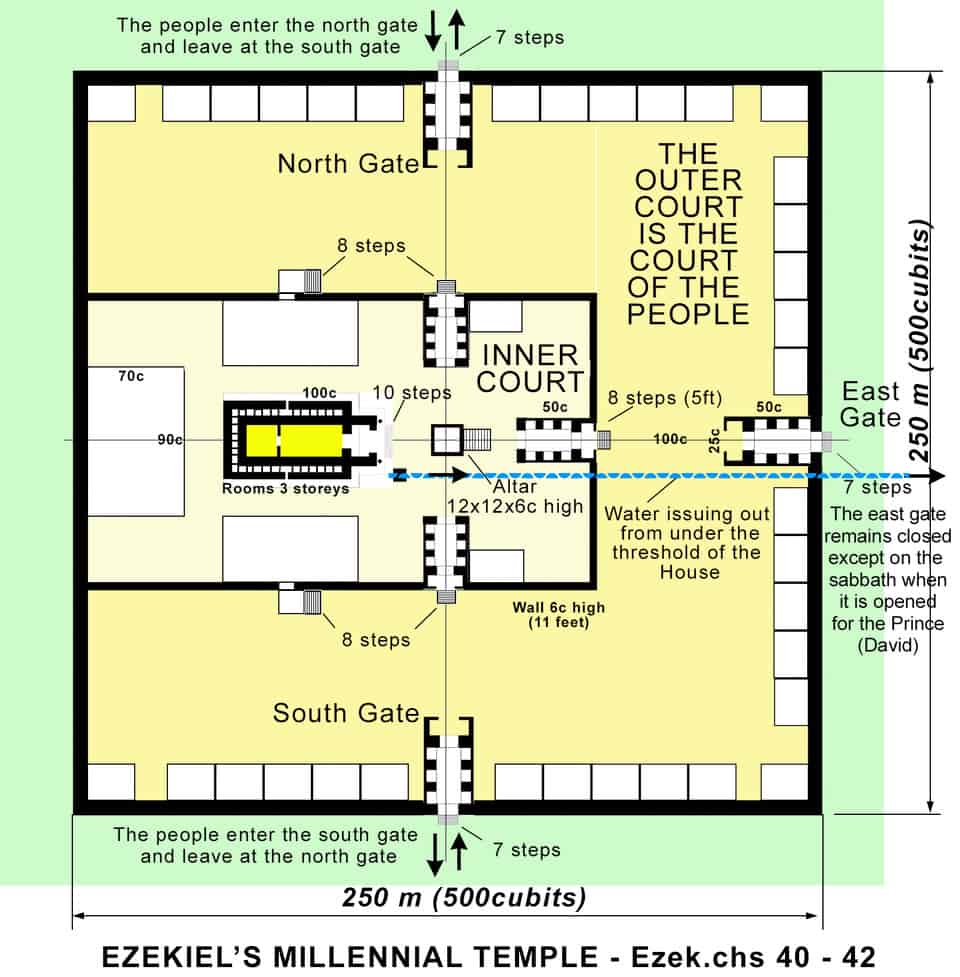 Israel and Jordan have had problems with the supply of fresh water. As the population has grown and the demands of agriculture increased, Israel has needed to construct several water desalination plants. The Dead Sea receives water that flows from the Sea of Galilee down the Jordan valley. When droughts occur the levels of fresh water in the Sea of Galilee water are lowered.

The Jordan Valley is known as the Jordan Rift Valley which runs from the Hula valley north of Galilee, south along the Jordan River and down to the Gulf of Aqaba. When Abram arrived in the land of Canaan it was“well watered plain” and his nephew, Lot, chose to separate from Abram to live in the city of Sodom. The entire valley sank when God judged the cities of Sodom and Gomorrah with fire and brimstone. 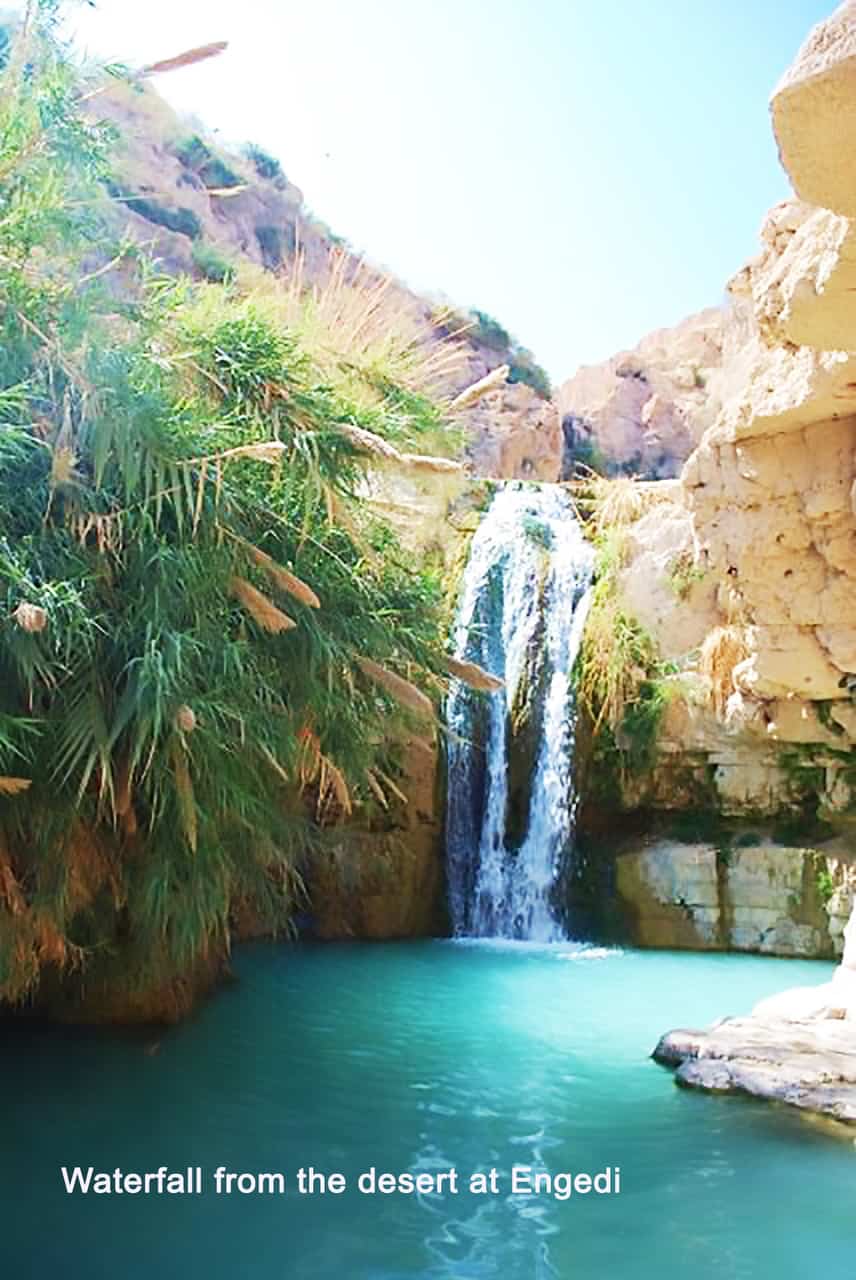 much lower at 387m ( 1,200 ft) below sea level. The Dead Sea is about 323m (1,000 ft) deep and is the deepest lake in the world. It is nearly 10 times as salty as the oceans. No fish can survive in the waters of the Dead Sea and if humans drink it they will die. Yet the volume of fresh water that will flow from the Temple at Jerusalem after Christ returns will be so great that they will sweeten the waters of the Dead Sea to such an extent that men will catch fish there. The Jordan valley will become a fresh-water lake from Engedi to Eneglaim North of the Sea of Galilee.

And it shall come to pass, that the fishers shall stand upon it from Engedi even unto Eneglaim; they shall be a place to spread forth nets; their fish shall be according to their kinds, as the fish of the great sea, exceeding many (Ezekiel 47:10).

We know where Engedi is located on the western shores of the Dead Sea. At Engedi there is a waterfall of fresh water that flows out from beneath the Judean desert; from Israel’s mountain aquifer; the water source that Ezekiel saw is already there. It just needs the Mount of Olives to split! 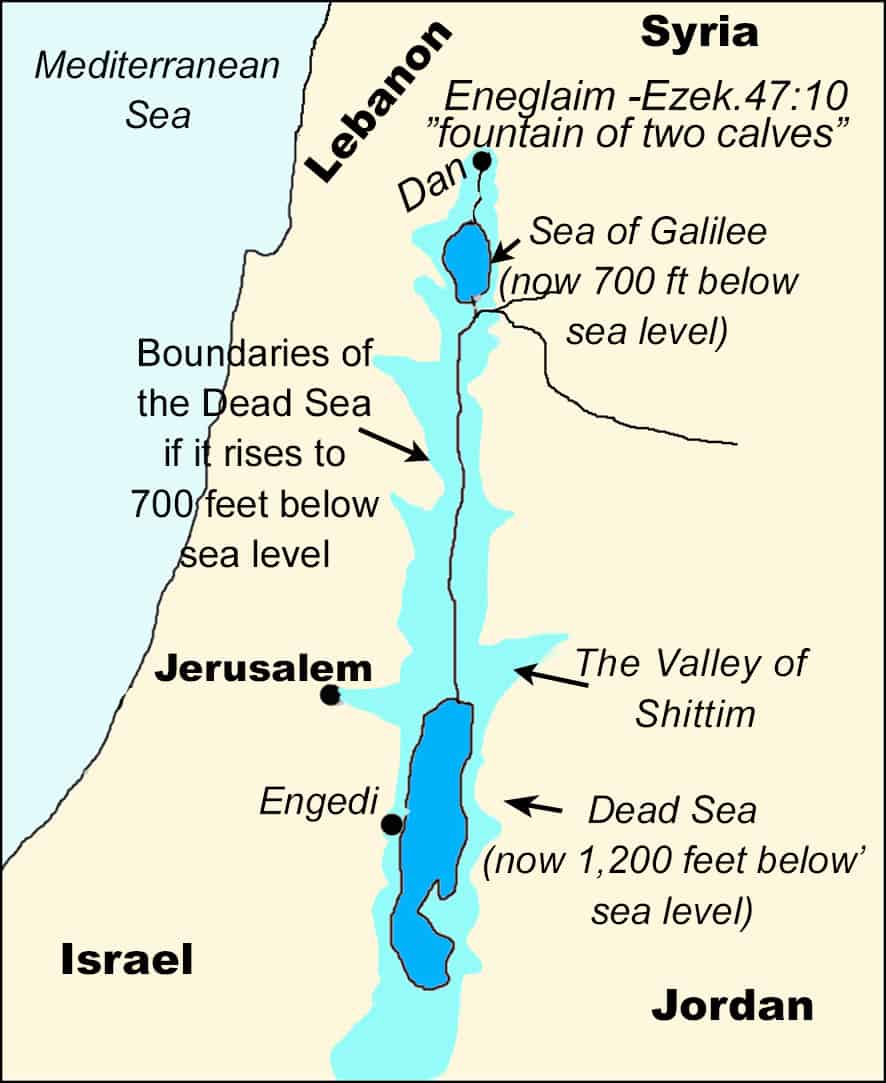 Eneglaim means in the Hebrew language, “fountain of two calves”. The two golden calves, Egyptian gods, were introduced into the northern kingdom of Israel by Jeroboam about 992BC when the nation was divided. He placed one golden calf at Bethel in the south of the northern kingdom on the border of Judah and Israel and he placed the other, North of Galilee at Dan. The tribe of Dan was the northernmost tribe of Israel.

The stream of fresh water that flows from the Temple through the Judean wilderness will bring new life to the land of Israel. Ezekiel states:

And by the river upon the bank thereof, on this side and on that side, shall grow all trees for meat (food), whose leaf shall not fade, neither shall the fruit thereof be consumed: it shall bring forth new fruit according to his months, because their waters they issued out of the sanctuary: and the fruit thereof shall be for meat (food), and the leaf thereof for medicine (Ezekiel 47:12).

In addition, God will send rain upon the land in season. Joel prophesied: 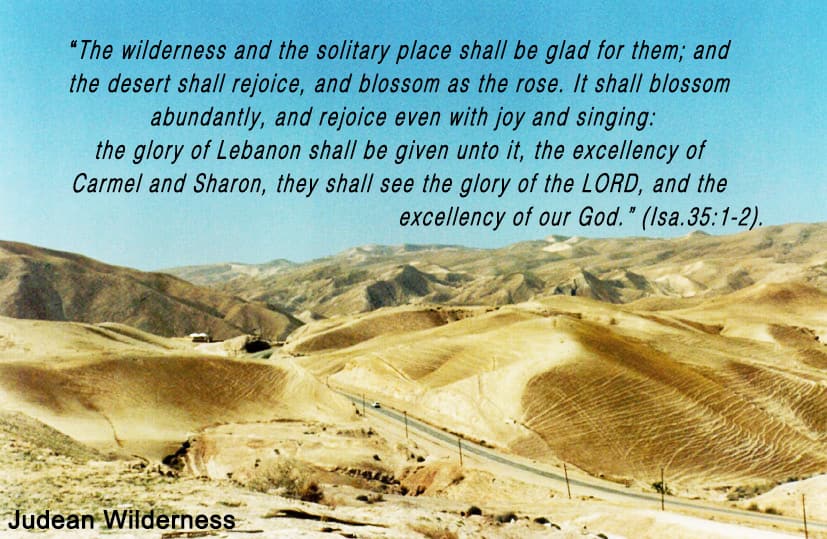 All the rivers of Judah shall flow with waters, and a fountain shall come forth out of the house of the LORD, and shall water the valley of Shittim (Joel 3:18).

I will make them and the places round about my hill a blessing; and I will cause the shower to come down in his season; there shall be showers of blessing. And the tree of the field shall yield her fruit, and the earth shall yield her increase (Ezekiel 34:26-27).