The Little Horn – Who Is He 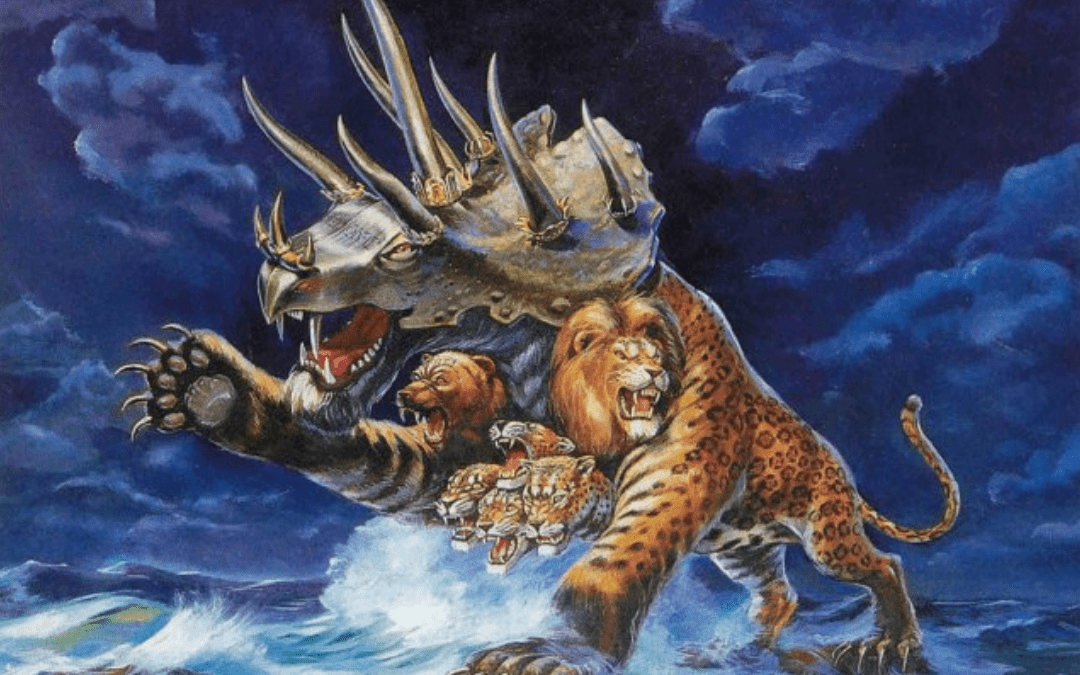 Daniel prophesied that there would be four great kingdoms on earth before Christ returned to establish His kingdom. After the demise of Egypt and Assyria, those four kingdoms were:
– Babylon
– Persia
– Greece
– Rome

The Babylonians became the first undisputed rulers of the world in 570BC when Nebuchadnezzar destroyed Egypt.

In 538BC Cyrus captured Babylon and all the subject nations came under Persian control.

In 330BC Alexander the Great defeated Darius III and the global Grecian Empire was establish.

After the death of Alexander in 323BC the Grecian Empire was divided into four parts and by 44BC the Romans had replaced Greece. Caesar Augustus reigned over the Roman Empire.

Attempts to re-establish the Roman Empire were made by Napoleon in the early 1800s, Germany in WWI (1914-1918) and again in WWII (1939-1945) but these attempts failed. Hitler considered his kingdom to be the Third Reich (kingdom) and said it would last 1,000 years. The First Reich was the Holy Roman Empire and the second Reich was Kaiser’s WWI kingdom. 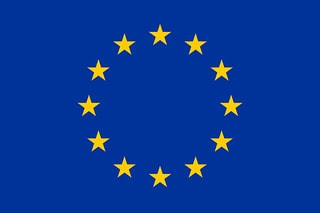 Since WWII, the Holy Roman Empire is being revived with Vatican assistance under the 12 stars of the virgin Mary displayed on the EU flag.

Daniel indicated that there are only four world empires before Christ returns to establish His everlasting kingdom and the Roman Empire is the fourth. The last stage of the Roman Empire will be led by Antichrist who will set up a one world Government in the last 42 months before he is destroyed by Christ when He comes to reign over the earth. The Beast will be given his power by the leaders of 10 nations described as “10 horns” of the Beast – the Antichrist is seen as a “little horn” that arises among the 10 horns.

Since WWII we have seen great changes in Europe. The number of nations in the EU has increased and under the Schengen Agreement internal borders have been dissolved in most of the 27 countries. Passports are no longer needed to move between these countries. Each nation is virtually a state in one nation – the Revived Roman Empire.

Changes must occur in the EU because the Bible indicates that the final stage of the Revived Roman Empire has only 10 nations and that these 10 nations give their power to the Antichrist. Either some nations will withdraw or amalagamate. Britain left the EU in 2020 and many more may follow.

The question is, Which nations will make up the final stage of 10 kingdoms? The Eastern nations in the EU along the border of Russia were never a part of the Holy Roman Empire. Poland, Hungary, The Czech Republic and Slovakia with a total of 64 million people within the EU independently cooperate with each other in matters of security. They are ever conscious of the threat from their old master Russia, and they differ in policy at times from the EU.

Before the EU was formed the Western European Union (WEU), (1955–2011) with its headquaters in Brussels, made up of 10 countries (Belgium, France, Germany, Greece, Italy, Luxembourg, the Netherlands, Portugal, Spain, and the United Kingdom) was formed for the coordination of matters of European security and defense.

The WEU was the primary defense institution of the European Union in the 1990s, though it gave up that role in 2001 and closed in 2011.

Britain left the EU in 2020 and is not likely to return so if these nations are the 10 that give their power to the Beast then one other nation must replace Britain. Logically this could be Denmark or Austria. The last Emperor of the Holy Roman Empire was in Austria.

We would only be guessing to name the final 10 nations in Antichrist’s kingdom but we can see a distinct possibility.

The last stage of the Roman Empire before Christ returns is seen as 10 horns symbolizing 10 kings. A “little horn”, Antichrist, will gain control of three of the horns before the whole 10 horns surrender their power to him. So…

There are three small nations in Europe that are at the heart of Europe. These are the Benelux nations of Belgium, Netherlands and Luxemberg. The Western 3 European Union had its headquarters at Brussels and so does the EU. It is the Hub of Europe and whoever controls the Benelux countries could control Europe.

Daniel indicated that the “little horn” would “subdue” three of the ten before the 10 give their power to him. Might it not be that the three Benelux countries are the three? If Antichrist was President of the EU, the EU could take control of Belguim, Netherlands and Luxemburg where the parliament is located.

The eastern European countries never were a part of the old Roman Empire and Daniel makes it clear that Antichrist must be a Roman “prince” (Daniel 9:26). It is his “people” who destroyed the city and sanctuary in AD70!

Let’s suppose for one moment that Antichrist’s kingdom was the reformed Western European Alliance with Austria replacing the UK. That makes one powerful nation!
1. Germany – 84.0 mill 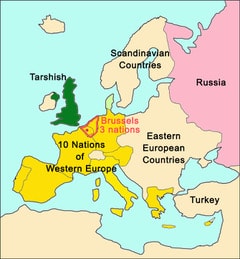 That would create one developed nation the size of the US!

Some have endeavoured to identify the 10 kings that form the kingdom of the Beast in the Tribulation as 10 economic zones embracing all the nations of the world but this must be rejected when viewed in the light of Scripture.

The ten kings are not mentioned until halfway through the 7-year Tribulation. Antichrist does not take power globally until the midpoint of the 7 years when Russia, Islam, the Isles of the Gentiles (USA/UK etc) and Asian countries have been decimated by the Seal and Trumpet judgments. More than half of world population will have perished at this stage and only Europe, Antichrist’s revived Roman Empire, will still be standing.

It will be at that point that the ten kings hand over control to the “little horn”. The rest of the world 4 will be crying out for help and the mark of the Beast will be like Antichrist’s ration ticket to feed a starving world.

The most likely senario is that during the first half of the Tribulation when Russia and Islam invade Israel, the EU is blackmailed by Russia who will threaten to switch off the oil and gas supplies being piped from Russia unless the EU doesn’t stand back and allow the invasion of Israel to continue. The EU are at Russia’s mercy if their energy is stopped especially if it was winter.

The opportunity to obtain alternative supplies from the US or the Middle East won’t exist since there will be a fire that will cripple those “who dwell confidently in the isles” (Ezek.39:6). The USA.

Under the Trump Administration America supplied the EU with energy but Biden has cancelled the construction of oil and gas pipelines and made the US a net importer!

Russia will see Israel’s vast oil and gas resources as a prize and a further means of cutting off Europe’s energy supplies. Thus Israel’s oil and gas supplies will be the “spoil” that Russia will want to acquire by joining with the Muslims to invade Israel.

Russia however could never anticipate that Israel will turn to Jesus Christ and that they would have to fight the Lord instead of a Christ-rejecting nation.

The Final Ruler of Rome 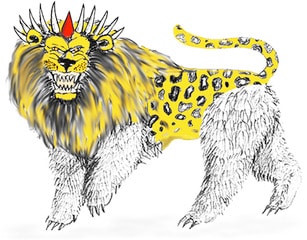 There came up among them another little horn, before whom there were three of the first horns plucked up by the roots: and, behold, in this horn were eyes like the eyes of man, and a mouth speaking great things (Daniel 7:8).

Today we see Covid-19 being used to gain control through fear. People are terrified but mandated vaccines and passports are not the mark of the Beast.

There are great changes that must take place in Europe. Twenty seven nations must reduce to 10 nations by the end of the first half of the Tribulation. All we know is that there will be 10 kings halfway through the 7-year Tribulation and three will be taken over by 5 Antichrist before they, with the other seven, hand over supreme power to the Beast.

Which three nations will be taken over by the Beast? We do not know but it will be quite evident at the time. The three Benelux countries with the EU parliament in Brussels, however must be a real possibilty.

We know from Revelation 17/18 that the Beast is assisted by the harlot woman (Vatican) who helps him come to power but at the end of the Tribulation the 10 kings turn on her and burn her with all her riches. The ten kings and the Beast are destroyed at the coming of the Lord.