The Peril of Spiritualizing the Bible 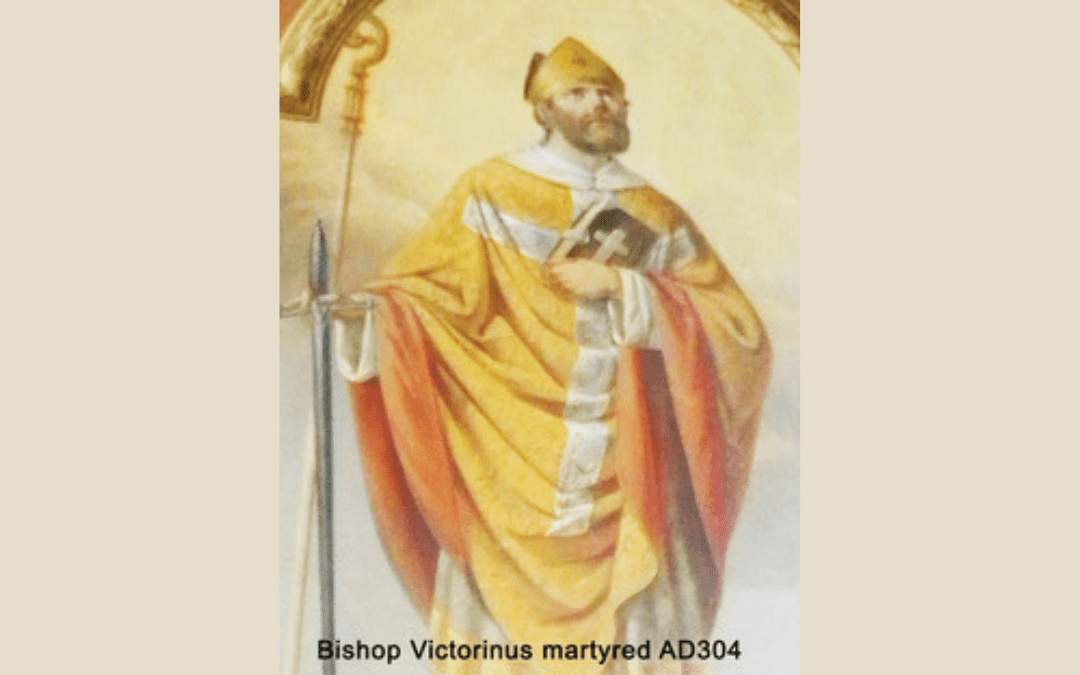 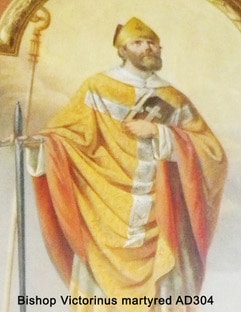 Bishop Victorinus lived in the third century AD and was martyred in AD304 during the reign of Diocletan. He ministered in the land that we know as Slovenia and wrote a Commentary of the Book of the Revelation about AD258 to 260. He believed in a literal 1,000 years millennial kingdom of Christ and the conversion of Israel in the last days. Copies of his commentary are available today but there is a problem.

In order to make the commentary conform to the Nicean/Constantinopal Creed of AD381, Jerome, revised the commentary of Victorinus in AD398 to take out any reference to Chilianism!

Chillianism is the belief in the Biblical, literal, 1,000-year reign of Christ on earth. Wikipedia Encyclopedia states:

“During the first centuries after Christ, various forms of chiliasm (millennialism) were to be found in the Church, both East and West. It was a decidedly majority view at that time, as admitted by Eusebius, himself an opponent of the doctrine”

Eusebius wrote a history of the Church about AD326 but had to acknowledge that the pre-millennial return of Christ had been believed by the Church from the days of the Apostles!

The art of spiritualizing the scripture when men could not accept a literal interpretation was rife in the time of Jerome i.e. the end of the 4th century AD.

This was nothing more than unbelief so that when the natural instinct of the human heart thought the Bible was not possible of a literal fulfilment they substituted some kind of spiritual and symbolic interpretation. In this way they satisfied their conscience that they still believed the Bible but found a way to deny what it plainly said.

Jerome replaced Victorinus’ material on chapters 20 and 21 of the Apocalypse. He wrote:

“I have not considered the kingdom of the thousand years to be earthly… The number ten signifies the Decalogue, and one hundred shows the crown of virginity. For he who has preserved entire his resolution for virginity, and faithfully fulfilled the precepts of the Decalogue, and has overcome impure actions and impure thoughts among the chambers of the heart so that they do not rule him, this is truly a priest of Christ and entirely completes the millenary number, believed to rule with Christ, and rightly with Him the devil is bound.”

Concerning the binding of Satan during the 1,000 years of the millennial kingdom Jerome spritualizes:

“He who has been ensnared in the errors and dogmas of the heretics, in him the devil is released. But because he says he will be released at the completion of the thousand years, at the completion of the number of the perfect saints, in the bodies and hearts of whom virginity reigns, with the arrival of the coming of the hating one, many will be overthrown by him, seduced by earthly loves, and will likewise enter the lake with him. And after a little while, the ground returns the bodies of the saints which shortly before were resting: he shows that those receiving, with the eternal King, the immortal kingdom, which is not by virginity of the body alone, but also of language and thought, will rejoice with the Lamb.”

Perhaps the interpretation given by Jerome may reflect his remorse  about the paedophilia he engaged in during his younger years and which caused him to regularly visit the dark catacombs where Christians hid from their persecutors in order to quieten his conscience. Read his interpretation again!

To most intelligent readers the “spiritualized” interpretation is a lot of mumbo jumbo and should be consigned to the trash bin.

The Commentary of Victorinus on the 22nd chapter of Revelation is literal as follows:

“Truly, the square city of which he speaks, of gold, and precious, shining stones, and a paved road and a river through the middle and the tree of life of either side, bearing twelve fruits throughout the twelve months and the light of the sun will not be there, because the Lamb is its light; and gates each of a single pearl, with three gates from the four sides, and they may not be closed.”

But Jerome can’t accept a literal interpretation and offers the following pathetic spiritualized meaning of the text!

“the square city shows the gathering of the multitude of the saints, among whom now nothing can make faith waver, as was commanded to Noah, that he would make the ark out of squared wood, so that it would be able to bear the force of the flood. Precious stones shows men strong during persecution, who are neither moved by the storm of the persecutors, nor are the forces of their floods able to loosen from the true faith. For this reason they are associated with pure gold, with whom the Great King decorates the city.
Indeed, by the road are shown their hearts, cleansed of all stains,  where the Lord walks.
Truly, the river of life shows grace to flow in spiritual birth.
The tree of life of either bank shows the coming of Christ according to the flesh, Who the Law predicted was to come and to suffer, and was shown clearly by the Gospel.
Truly, by twelve fruits through each of the months are shown the diverse graces of the Twelve Apostles, which they receive from the single tree of the cross, satiating peoples consumed by hunger with the preaching of the Word of God.
And because he says in the city the sun will not be necessary, it plainly shows the immaculate Creator of lights to shine in its midst, Whose splendour no mind is able to contemplate, nor language to describe.
He says from the four sides will be three gates, each formed of a single pearl: I think these are the four virtues: wisdom, strength, justice, temperance, which relate each one to another, and when mixed together they complete the number twelve.
Indeed, the twelve gates we believe to be the number of the Apostles, which by the four virtues as precious shining pearls are showing the way to the saints, by the light of their doctrines, for making entrance to the city of the saints, so that the chorus of angels might praise their way of life.
By the gates may not be closed is plainly shown the doctrine of the Apostles will not be overcome by any storms of criticism, and even if the waves of the nations and the insane superstition of the heretics rage against the true faith; their overcome foam will be dissolved, because Christ is a rock, by Whom and through Whom the Church was founded, Who will not be overcome by any waves of insane men.”

Is it any wonder that, when such interpretations of Scripture are preached
from the pulpit, people can’t understand how the preacher arrived at his
conclusions?

One young lady who listened to her amillennial chaplain giving devotions each morning at an elite Church Ladies College, told me that she could not figure out how he worked it all out. She thought, ‘It must take years of theological training to understand the Bible.’ When she realized the Bible must be interpreted simply and literally she came to Christ for salvation and rejoiced in the assurance that her sins were forgiven and that she had a home reserved in heaven.

Another intelligent lady, a retired school teacher, told me she couldn’t understand a word her minister was talking about! No wonder when such spiritualized mumbo jumbo is substituting the plain statements of God’s Word! When I read the simple Gospel texts to her she said, “I can understand that!” and she was assured of eternal life as a free gift of God.

The amillenialists are short-circuiting the truth of God’s Word by their symbolic, spiritualizing of the plain statements of God’s Word. By appearing as super spiritual with unique insights they deny the Truth and fail utterly to make the Gospel clear to sinners who may be seeking the Lord. If the Bible can’t be taken literally how on earth can a sinner believe the promises of God for salvation and how can anybody have assurance of heaven?

A millennialism is not just another point of view, it is a serious error! The fact is, that if you don’t believe the Bible but pretend you do, then you must find other explanations for what God says!

After Jerome finished the above comments on the Commentary by Victorinus he used his ecclesiastical authority to forbid anybody to interpret the Bible literally, thus he was shutting off the life-giving Scriptures from hungry souls. He concluded:

“Therefore, they are not to be listened to (those) who affirm the kingdom of the thousand years is to be earthly, which they believe with the heretic Cerinthus.”

Satan is so subtle. The spiritualizing of the Word of God is just as deadly, just as dangerous, as the Gnostic heresy of Cerinthus. By forbidding a literal interpretation of the Word of God, Jerome was shutting the door to understanding the Scripture for his people. Jesus encountered the same arrogant attitude in the scribes and Pharisees in His day and He said:

“But woe unto you, scribes and Pharisees, hypocrites! for ye shut up the kingdom of heaven against men: for ye neither go in yourselves, neither suffer ye them that are entering to go in” (Matthew 23:13).

It is the same attitude that is adopted by amillennialists today; they fail to “rightly divide the word of truth” and ridicule those who in simple faith believe that God said what He meant and meant what He said! They ridicule the great truth of the Rapture, the Tribulation and Millennial Kingdom of Christ. By this means they not only fail to enter themselves but hinder others from entering the kingdom of God.

Let us take God’s Word in its literal and historical context, and then trust the Holy Spirit to be our Teacher.