Theologians Unexcited About The Coming Of Jesus 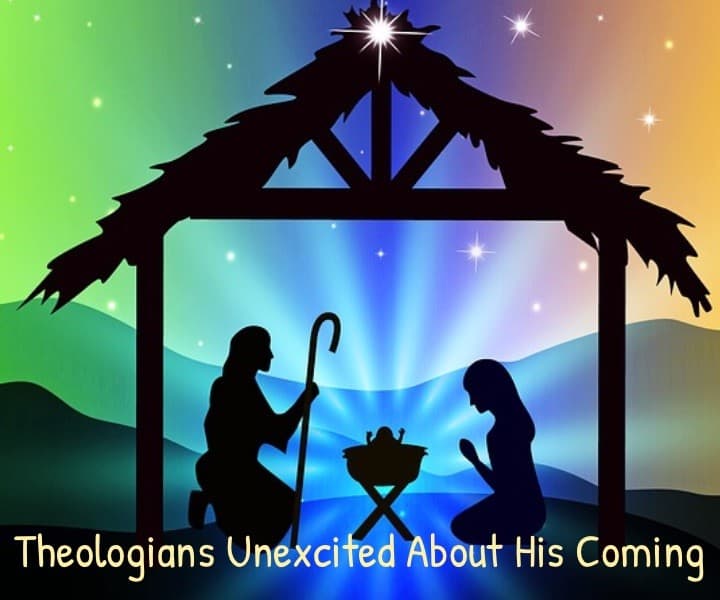 When I read about the first coming of Jesus I see the apathy of the religious leaders to the arrival of their Messiah.  Men who knew the Scriptures were not living in anticipation of the Saviour coming to earth. In Matthew Chapter 2 when the Wise men came to Herod in Jerusalem to enquire about the birth of the King of the Jews, Herod summonsed his religious advisers to find out the location of Christ. Herod’s advisers had the clear prophetic scriptures of Christ’s first coming in the Old Testament scriptures of Micah.

Herod’s theologians told him the exact town where the Christ would be born, Bethlehem in Judea. (Micah 5:2, Matthew 2:5)  Not only did the religious leaders have a witness in the Scriptures but there was also a witness in the sky. The miraculous star which the Wise men had seen in the East went before them to Bethlehem.

Just a few Kilometres down the road from Jerusalem the long awaited Messiah had been born and there is not one record in the Scriptures of any Jewish religious leader seeking out Jesus in Bethlehem, His birthplace.

Humble Shepherds excitedly received and spread the good news of the Saviours birth at Bethlehem but Herod’s religious leaders who were the guardians of God’s Word and the teachers of God’s people were unmoved and uninterested. The greatest event in Jewish history, God becoming a man, was a non event to Herod’s religious advisers.

Surely there is a lesson for the Church in this?

They say history repeats itself.  The next great event for the Church is the coming of the Lord Jesus again for His people. Jesus Christ will come in the clouds and call His people home to the Father’s House at the Rapture. (John 14:1-6, 1 Thessalonians 4:13-18)

The Rapture could occur at any time now, but how many theologians are preparing God’s people for His Coming?

Is there not an apathy in these dark days in regards to both the Rapture and the Second Coming of Jesus Christ? Today we have the benefit of both the Old Testament and the New Testament Scriptures which shows us that God fulfilled all the prophecies of the first coming of Christ.

God will again fulfil all prophecies concerning the next return of His Son in the future rapture and Second Coming. It is sad that numbers of Australian theological colleges today are crowded with students studying the Scriptures but if the rapture gets a mention it is often treated as fiction rather than reality and even mocked.

The last days Church is described as rich but blind. She is blind to the reality of the near return of Christ.