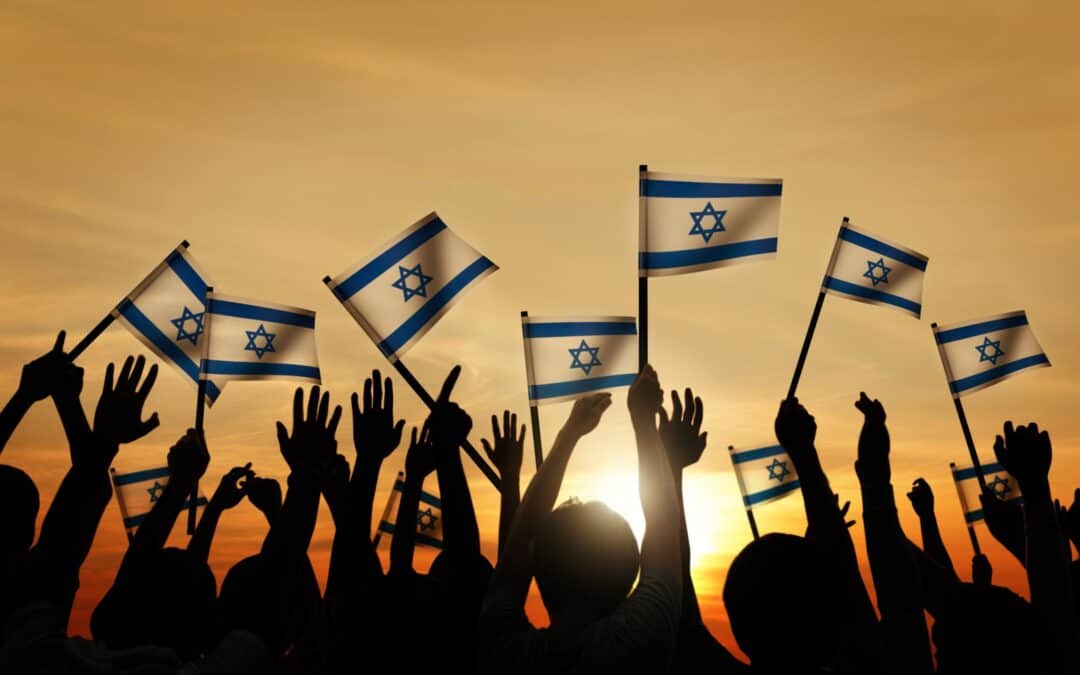 What He taught was to the JEWS – to the “lost sheep of the house of Israel” (Matthew 10:6). When you read the Gospels you must approach them with that in mind.

Jesus wanted Israel to be looking forward to His Kingdom on earth. Heaven is not the home of Israel.

The Church is a heavenly people and we are blessed “with all spiritual blessings in heavenly places in Christ Jesus” (Ephesians 1:3).

So when we read the Lord’s words in Luke 12 let us remember He was talking to Israel and NOT the Church. He said, “it is your Father’s good pleasure to give YOU (Israel) THE KINGDOM.”

Israel is to be “like unto men that wait for their Lord, when he will return from the wedding” (Luke 12:36).

The period of time in which the kingdom will be established is “when He shall return from the wedding.” Christ is the Bridegroom and the Church is His Bride. The Church will be Raptured to heaven for the wedding and seven years later, when the Tribulation has ended on earth, the Bridegroom, Israel’s Lord, will come again with His Bride. So Jesus was telling Israel to “Watch” for signs of the second Advent.

Blessed are those servants, whom the Lord when he cometh shall find watching: verily I say unto you, that he shall gird himself, and make them to sit down to meat, and will come forth and serve them (Luke12:37).

Israel is to be watching so that they will be ready to attend the “marriage supper of the Lamb” on earth.

The reward to Israel, if they are found watching, is spelt out:

Blessed is that servant, whom his Lord when he cometh shall find so doing. Of a truth I say unto you, that he will make him ruler over all that he hath (Luke 12:43-44).

Israel will rule the world in the Kingdom. Gentile nations will be their servants. Isaiah wrote:

For the nation and kingdom that will not serve thee (Israel) shall perish; yea, those nations shall be utterly wasted (Isaiah 60:12).

What is Israel to be Watching For?

Israel returned to the land in unbelief and became a nation in 1948 but that did not specifically have to occur before the Rapture. It could have occurred immediately after the Rapture.

Historical events always cast their shadow and if we are watching we will see the shadow of future events. We might think of them as trends but they are pointing in the direction of a fulfilled prophecy.

Hitler targetted the Jews in WWII and Jews in Europe suddenly fled to Palestine. It was a logical outcome of WWII that Jews would want their own sovereign territory where they could fight and defend themselves. The Zionist Movement beginning about 1881 was a shadow of the prophecy and if Jews were watching they would have seen it.

If Jews are watching today they will see Brexit as another shadow of things to come. Antichrist must rule the revived Roman Empire (EU) and afflict Israel in the Tribulation but the merchants of Tarshish (Britain) and her young lions (US etc) with Sheba and Dedan must stand with her. Britain had to leave the EU.

The US is one of the “young lions” of Britain and President Trump is withdrawing from NATO and pulling US troops out of Europe. He just took 9,500 out of Germany. The US has not completely withdrawn but if resident Trump gets another 4-year term he will have time to complete the process. For this reason, he is likely to win the November election with a big majority. It is a shadow to watch.

But what of Europe; the revived Roman Empire. Scripture says that there will be 10 kings that will give their power to the Beast. After Brexit, there are 27 nations with a total population of 447 million people so we might expect to see changes in the EU. The eastern European nations were never in the Roman Empire and they are forming alliances within the EU. Might it be that these will ultimately withdraw from the EU and leave the 10 western nations to hand power to the Beast? If and when that happens it will be a dark shadow of coming events.

Then there must be a 7-year treaty between Israel and the EU that will trigger the Tribulation immediately after the Rapture. That will be the darkest shadow falling over Israel for 3 1/2 years later that treaty will expose Israel to the demon-possessed Antichrist who will move into the Temple at Jerusalem. Those who are watching Israel notice that she is building her gas pipeline to Europe and has strong trade relations with the EU.

The Arab States are beginning to align with Israel and the UAE will be followed by Arabia and others. The prophecies indicate Arabia will stand with Israel in the Tribulation. More shadows falling across Israel.

Those who are watching can see the shadows – but the Rapture comes first!

Another giant shadow is falling over Asia. China is pushing into India, the South China Sea and with her Roads and Belt Scheme throughout Central Asia. Unrest in Pakistan, North Korea and Taiwan are shadows of the Great Asian War which is the sixth Trumpet Judgment foretold in Revelation 9:12. One-third of men will die.

The Coronavirus is being treated globally as a pandemic and is a pretext for gaining control of the population. We can see this as a shadow of the day when nobody will be able to “buy or sell” without the mark of the Beast – 666.

The rise of Islam since 1979 and the “Arab Spring” that brought Russia and Islam together in Syria, are a giant shadow of the Russian/Islamic invasion of Israel in the first half of the Tribulation. Anyone who cannot see this shadow is blind or just failing to watch.

Jesus said to Israel, Watch! for you do not know what hour your Lord will come. Jesus said:

Blessed are those servants, whom the Lord when he cometh shall find watching…if he shall come in the second watch, or come in the third watch, and find them so, blessed are those servants. And this know, that if the goodman of the house had known what hour the thief would come, he would have watched, and not have suffered his house to be broken through (Luke 12:38-39).

We don’t know the day or hour of the Lord’s return but we are to watch for the shadows of things to come. When God was going to destroy Babylon, Jeremiah prophesied to the Jews in Babylon telling them when to leave. God said:

My people, go ye out of the midst of her…a rumour shall both come one year, and after that in another year shall come a rumour, and violence in the land, ruler against ruler (Jeremiah 51:45-46).

When the Jews in Babylon heard the rumours for two years and saw the violence, they were shadows of the foretold destruction of Babylon and the Jews had to leave before the Medes and Persians destroyed the city.

If Israel is to watch for the shadows falling across the world then surely Christians should do likewise. Many churches are not watching and Jesus said to them,

It is only the believers who hold to the pre-tribulation Rapture; and pre-millennial return of Christ who are watching. The shadows are multiplying and many prophecies will soon be fulfilled. Let us keep watching!