What Happens When Jesus Comes 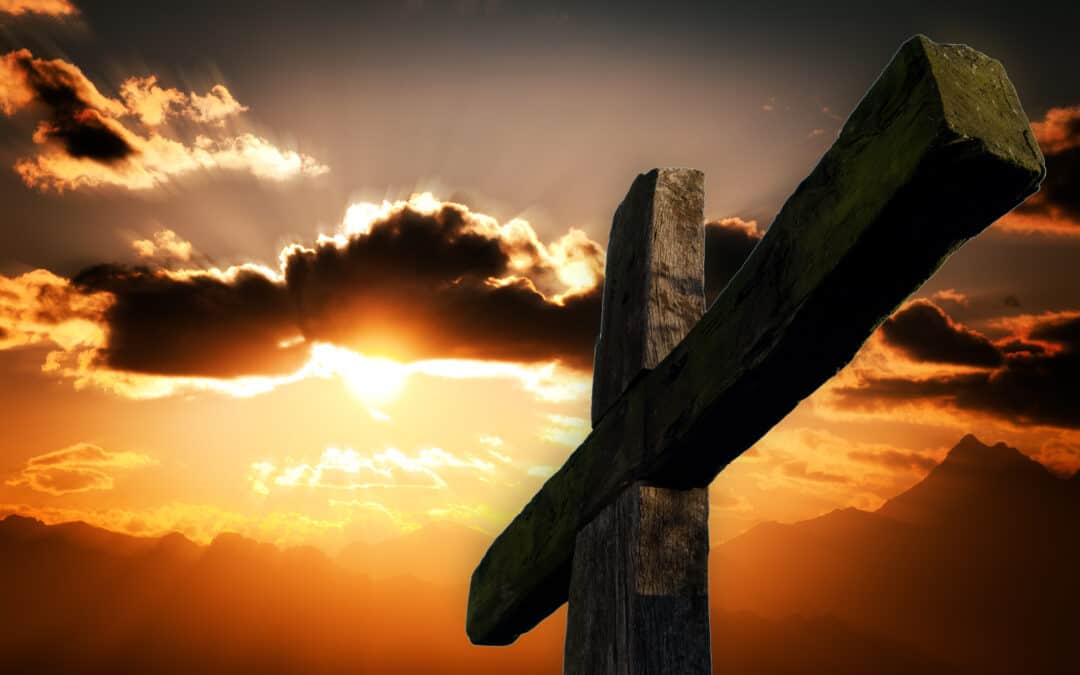 The prophet Daniel has indicated that there will be a period of 75 days following the return of the Lord Jesus to earth in which certain events will take place. In chapters 7 and 9 of his prophecy he indicates that the Tribulation will last for seven years during which time the Antichrist will occupy the last 3 ½ years. But in chapter 12 he states that there will be a further period of 30 days and then another period of 45 days after which the “Blessed” enter the kingdom.

At the appearing of the Lord Jesus in flaming fire with all the angels of heaven, and with all his saints, the Beast and all his armies will be slain. They will be given a resurrection body and cast into the lake of fire (Daniel 7:11; Revelation19:20).

When the Lord returns He will sweep through the armies of the Beast as Isaiah indicated; through the valley of Jehoshaphat (Joel 3:2; Isaiah 63:1-4) and up to Jerusalem where He will stand on the Mount of Olives (Zechariah 14:3-4) which will split forming a great valley running east to west through which the redeemed Jews in Jerusalem will be able to flee from the Beast.

A great global earthquake will shake the world at the appearing of Christ and the topography of the world will change. At Jerusalem there will be a plateau formed from north of Jerusalem down to near Beersheba

All the land shall be turned as a plain from Geba to Rimmon south of Jerusalem: and it shall be lifted up, and inhabited in her place… (Zechariah 14:10).

The earthworks will be completed for the new millennial Temple to be constructed in accordance with the specifications given in Ezekiel chapters 40 to 43.

Satan, who was cast out of heaven halfway through the Tribulation (Revelation 12:8-9) will be bound by the angels and cast into the bottomless pit (abyss) and then two events will take place:

1) Judgment of the Living Nations

The Lord will set up the throne of His glory at Jerusalem and before Him all surviving nations will appear. The redeemed nation of Israel; the Lord’s “brethren” and the Gentiles who stood with them against Antichrist, will be the “blessed” to enter the Kingdom and those who sided with the Antichrist and rejected Jesus Christ will be cast into “everlasting fire prepared for the Devil and his angels” (Matthew 25:41); into the lake of fire. These sinners from the Tribulation receive their resurrection bodies at this time.

Daniel indicated that there would be a resurrection at the coming of the Lord both of the saved and the unsaved. (Daniel 12:2).

2) Marriage Supper of the Lamb

The second great event that must occur will be the Marriage Supper of the Lamb.

With all the saved nations already gathered at the throne of His glory and declared to be the “Blessed of My Father” there will be a glorious celebration.

The number of survivers will be small. Jesus said that

except those days should be shortened, there should no flesh be saved (Matthew 24:22).

the inhabitants of earth are burned, and fire and few men left (Isaiah 24:6).

At the time of the Flood only eight persons survived and only three survived the Days of Lot. Jesus said those days would be like the days when the Son of man is revealed (Luke 17:26-30).

How many will enter the Kingdom alive we do not know but it will be small, perhaps one thousand or even less. We cannot guess.

These will be the guests at the marriage supper of the Lamb.

At the Last Supper Jesus took the cup and gave thanks and said,

I will not drink henceforth of this fruit of the vine, until that day when I drink it new with you in my Father’s kingdom (Matthew 26:29).

Then Jesus promised the Disciples a place in His Kingdom and that He would eat with them:

And I appoint unto you a kingdom, as my Father hath appointed unto me; That ye may eat and drink at my table in my kingdom (Luke 22:28-30).

On another occasion Jesus spoke of His second advent and indicated that He would “return from the wedding”. So the wedding of Christ and His Church must occur BEFORE the Lord returns. The Church is raptured before the seven years of Tribulation and the wedding takes place in heaven. Then when Christ returns “from the wedding” those who are “the Blessed” i.e. the “sheep” who survive the judgment of the living nations, will be the guests at the marriage supper of the Lamb:

Blessed are those servants, whom the Lord when he cometh shall find watching: verily I say unto you, that he shall gird himself, and make them to sit down to meat, and will come forth and serve them (Luke 12:37).

And in this mountain shall the LORD of hosts make unto all people a feast of fat things, a feast of wines on the lees, of fat things full of marrow, of wines on the lees well refined. And he will destroy in this mountain the face of the covering cast over all people, and the vail that is spread over all nations. He will swallow up death in victory; and the Lord GOD will wipe away tears from off all faces; and the rebuke of his people shall he take away from off all the earth: for the LORD hath spoken it. And it shall be said in that day, Lo, this is our God; we have waited for him, and he will save us: this is the LORD; we have waited for him, we will be glad and rejoice in his salvation. For in this mountain shall the hand of the LORD rest (Isaiah 25:6-10).

There can be no doubt that this passage; Isaiah chapters 24 through to chapter 27; are prophetic of the Lord’s coming. It has been described as the Little Apocalypse because it provides a detailed description of the Great Tribulation and second Advent of Christ to reign over the earth.

Isaiah makes it very clear in the above passage that when the Lord returns to the earth He will hold a feast, and that at that time Israel will be a redeemed people looking for the Lord to return to save them from the attacks of the nations led by Antichrist.

Of course Isaiah could not say the feast was the marriage supper of the Lamb because the Bride of Christ, the Church, was a “mystery which from the beginning of the world hath been hid in God” (Ephesians 3:9). The Church was not revealed until the New Testament but the fact that there will be a feast on earth, at Jerusalem, is clearly mentioned.

Twice Isaiah states that the Lord will physically locate “in this mountain” referring to Mount Zion at Jerusalem.

John’s testimony to the marriage supper of the Lamb is indicated in Revelation chapter 19 where we have the second advent of the Lord described. The Tribulation concludes with the judgment of the Great Whore of false religion found at Rome. The vast apostate system that has deceived millions for two thousand years and has claimed to be the Bride of Christ, will be destroyed (Rev.17,18) and heaven will rejoice as the true Bride will appear with Christ bearing her rewards for faithfulness during the dark years on earth. Heaven will announce:

Let us be glad and rejoice, and give honor to him: for the marriage of the Lamb is come, and his wife hath made herself ready. And to her was granted that she should be arrayed in fine linen, clean and white: for the fine linen is the righteousness of saints. And he saith unto me, Write, Blessed are they which are called unto the marriage supper of the Lamb (Revelation 19:7-9).

Who are these guests that are called? The “blessed” – those who enter the kingdom whom Jesus calls the “blessed of My Father”. Daniel says the same thing:

Blessed is he that waiteth, and cometh to the thousand three hundred and five and thirty days (Daniel 12:12).

At this time the Church of Jesus Christ will be arrayed in white garments which is “the righteousnesses of the saints”. i.e. the rewards for faithful service will be all on display when the Bride appears with Christ. The Lord will do this to demonstrate His appreciation for our service down here.

Throughout the centuries of this age millions of saints have suffered here for Christ. Many have laid down their lives spreading the Gospel.

Many have forgone fame and fortune to be a servant of the cross of Christ like CT Studd who was an English Test Cricketer and toured Australia. He and his wife inherited a fortune but gave it all up to go to the mission field; to India and Africa – his wife became incapacitated and returned to England while he died on the mission field.

Many have supported the Lord’s servants in prayer or raised families in a Godly way. Many have served tables and exercised ‘missions of mercy’ caring for the sick, elderly and dying.

The Lord has seen every service you have done for Him and you will be rewarded at the judgment seat of Christ. Then when Christ returns in glory and power with all the angels of heaven as witnesses, The righteous act of the Bride will all be displayed for His glory and praise. Paul wrote that when Christ returns, He will be

glorified in his saints, and … admired in all them that believe (because our testimony among you was believed) in that day (2 Thessalonians 1:10).

On that day we will be able to sing:

The Bride eyes not her garment
But her dear Bridegroom’s face;
I will not gaze at glory,
But on my King of grace –
Not at the crown He giveth,
But on His pierced hand –
The Lamb is all the glory
Of Immanuel’s land.