When the Saints Shout Grace, Grace! 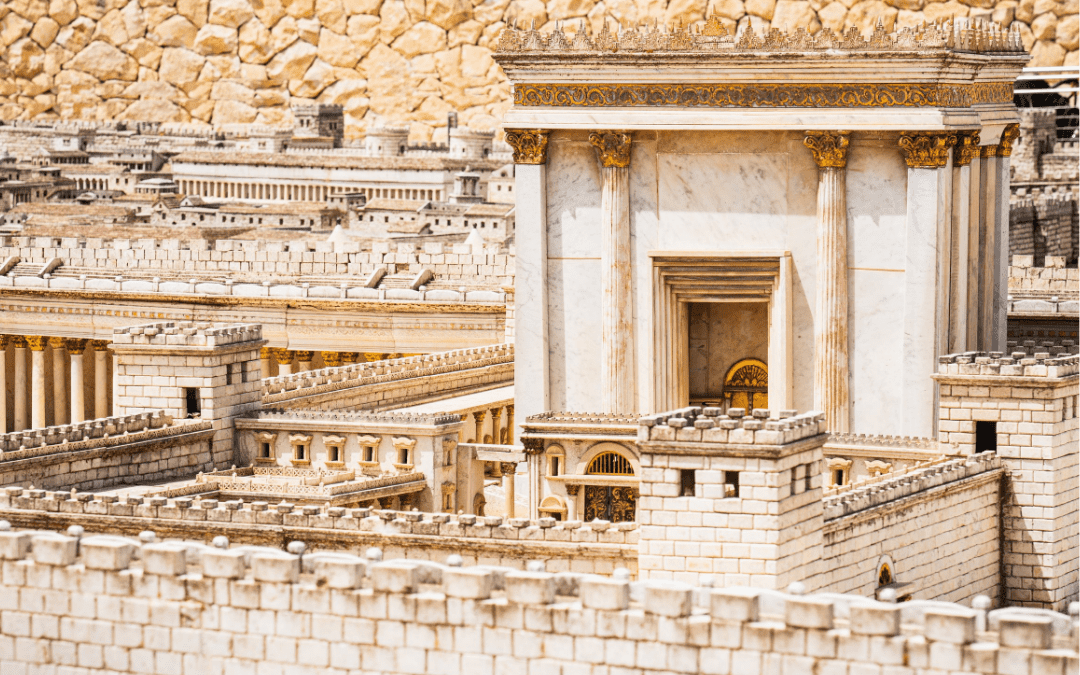 Who art thou, O great mountain? before Zerubbabel thou shalt become a plain: and he shall bring forth the headstone thereof with shoutings, crying, Grace, grace unto it. Moreover the word of the LORD came unto me, saying, The hands of Zerubbabel have laid the foundation of this house; his hands shall also finish it; and thou shalt know that the LORD of hosts hath sent me unto you(Zechariah 4:7-9).

The Jews had sinned grievously and God’s judgment fell upon the nation. The Babylonians came and destroyed the city of Jerusalem and the Temple of God leaving a pile of rubble on the holy mount. The place where the praises of God were once heard was silent except for the call of wild animals.

But God was not finished with Israel and after 70 years He brought them back to start rebuilding the Temple. Zerubbabel whose name means “born in Babylon”, led the return with about 50,000 Jews. 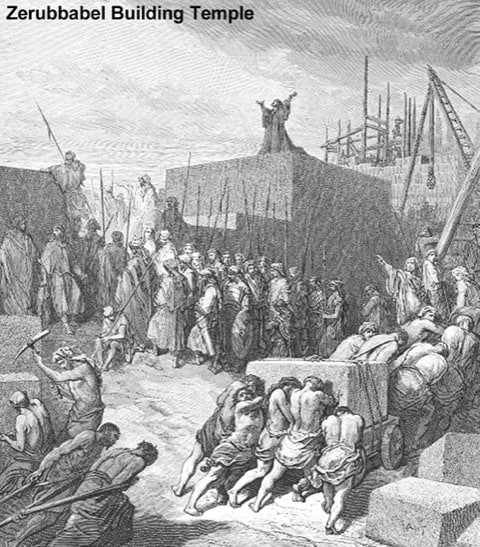 The second Temple was built in troublous times. The Samaritans frustrated the work and sent complaints to the Persian Kings Ahaseurus and Artaxerxes. They lied and made false charges against the remnant of the Jews building the Temple and progress was slow. It took 20 years from 536BC to 516BC before the Temple was finally finished and the headstone put in place.

Zechariah and Haggai were two prophets who encouraged the Jews to press on with construction and Zechariah reassured the Jews that what Zerubbabel had started he would finish; he had laid the foundations and “his hands shall also finish it”.

Day after day for 20 long years, one stone was laid upon another until the 6th year of Darius when, with great rejoicing, the headstone was lifted up and put in its place. The excitement was great. They joyfully shouted

The Temple was finally complete by the grace of God. Zerubbabel had started the work and had finished it and according to Josephus, Zerubbabel returned to the royal palace in Babylon to continue his work as the chief bodyguard to King Darius the Great. There are lessons for us to learn from this today.

What happened in Zerubbabel’s day is a picture of the Church of Jesus Christ.

The Church is described in the New Testament as the Body of Christ. Christ is the Head and we are members of His body.

The Church is also described as the Bride of Christ and He is the heavenly Bridegroom. Old Testament saints were the friends of the Bridegroom (John 3:29).

But the Church is also seen as a holy temple. Each redeemed soul is a living stone. Peter stated:

In this temple Christ is the “chief corner stone”:

Wherefore also it is contained in the scripture, Behold, I lay in Sion a chief corner stone, elect, precious: and he that believeth on him shall not be confounded. Unto you therefore which believe he is precious: but unto them which be disobedient, the stone which the builders disallowed, the same is made the head of the corner, And a stone of stumbling, and a rock of offense, even to them which stumble at the word, being disobedient: whereunto also they were appointed” (1Peter 2:6-8).

Just as Zerubbabel built the 2nd Temple, the Holy Spirit is building the Church; a holy temple where sacrifices of praise are offered to God. The Holy Spirit convicts the world of sin and righteousness and judgment and draws sinners to Christ. He places each believing stone in the temple.

Not for 20 years but 2000 years the work has proceeded. The temple is built as each stone is added to the structure midst opposition and threats from the ungodly world about us. Every time someone is converted to Christ they become a new stone in the temple of God; they are living stones!

The Old Testament features God the Father with Israel as the unfaithful wife of Jehovah. Hosea the prophet describes this relationship very clearly (chs 1 to 3).

The Millennial Kingdom features Christ as King of kings reigning over all.

But during the Church age the Holy Spirit is seeking a bride for Christ so beautifully portrayed in Type when Abraham sent his unnamed servant on 10 camels to seek a bride for Isaac. Paul wrote:

For I am jealous over you with godly jealousy: for I have espoused you to one husband, that I may present you as a chaste virgin to Christ (2Corinthians 11:2).

The Bible says that husbands are to love their wives as Christ loved the Church. The Church is the Bride of Christ.

Christ is the headstone of the Church. One day the Temple will be complete; the “fulness of the Gentiles will come in” and the door of heaven will be opened (Rev.4:1-3). The Church will be Raptured.

The headstone (Christ) will be given His rightful place in the Temple – that headstone that Peter said was disallowed by the builders and rejected by Israel will be given the place of honour at the head of the Church. Heaven will be excited to see the Church complete and the angels will shout for joy, Grace, grace!

Once before the angels shouted. The sons of God shouted for joy (Job 38:7) when they saw worlds flung into being and suns, moons and stars suddenly lit up the universe. They will shout at the Rapture when millions of saints in resurrection power; every one of them like Christ, are caught up to meet the Lord in the air.

Two thousand years of building will be finished and the despised headstone will be exalted and given His rightful place.

The Holy Spirit laid the foundations at Pentecost and He will finish the work at the Rapture.

For through him we both have access by one Spirit unto the Father. Now therefore ye are no more strangers and foreigners, but fellowcitizens with the saints, and of the household of God; And are built upon the foundation of the apostles and prophets, Jesus Christ himself being the chief corner stone; In whom all the building fitly framed together groweth unto an holy temple in the Lord: In whom ye also are builded together for an habitation of God through the Spirit. (Ephesians 2:18-22).

Grace brings God’s mercy we do not deserve,It unleashes God’s love without a reserve.Grace can’t be earned, the price is too highOur works are all futile we shan’t even try.Grace has been purchased, the price has been paid,The Saviour has suffered, atonement is made.

Grace calls the sinner before he has thoughtHe needed a Saviour or even was taught.Grace troubles the heart of those living in sinAnd shows they are powerless the vict’ry to win.But Grace offers life with strength to endureTo all who in faith salvation secure.

Grace leads the way till journey doth end,And keeps us company like a faithful friend.Grace never will leave us not even one day,No matter the trial or how tough the way.Grace knows the path and what is the bestAnd never will fail to bring us God’s rest.

Grace opens the door to heaven aboveAnd assures the believer of eternal love.Grace has prepared a mansion sublime,An inheritance for us at the end of time.Grace has appointed the company we’ll keepWhere no one will suffer or sorrow or sleep.

Oh who is the One who offers this grace?How could He love such a poor fallen race?Why would He leave the glories of heavenAnd dwell among men with hearts full of leaven?There’s only one answer we must now admit,Grace has redeemed us, for heaven made fit.