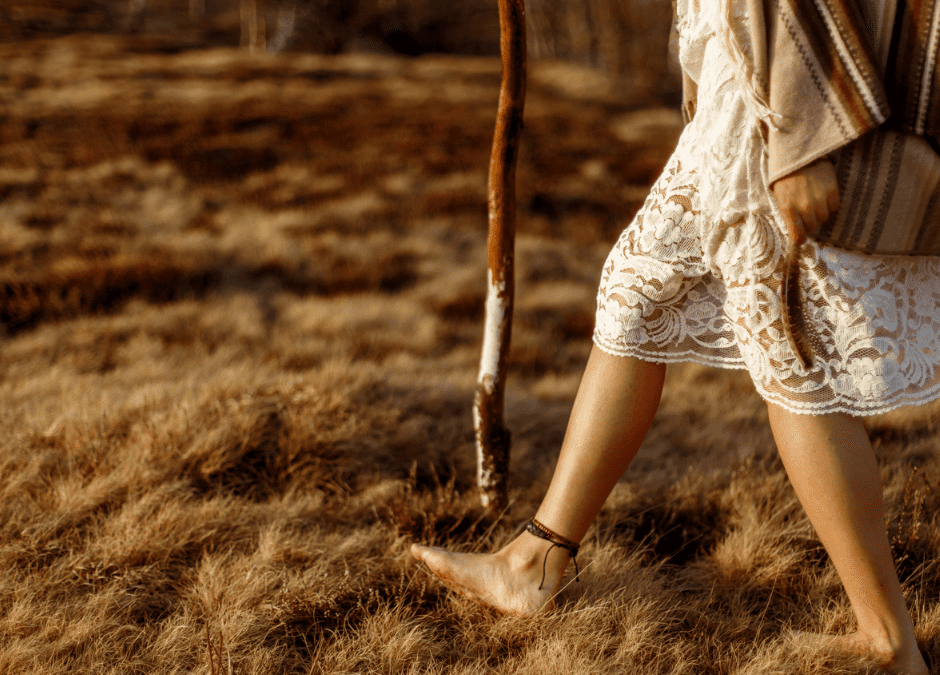 First I must acknowledge that faithful men may take a different view but the important thing is not to take any position simply because a particular scholar teaches it. We must be able to go directly to the Word of God and expound the truth from the Text of Scripture. What I put forward is not my view but what the text clearly teaches. If I can be shown to be wrong from scripture then I will be happy to be corrected.

The question we are to consider in this paper is the interpretation of part of the Lord’s words in the Olivet Discourse (Matthew 24:1-44) and the Lord’s answer to the Pharisees’ question, “When the kingdom of God should come?” in Luke17:20. The words in question are very similar in both passages:

In the Olivet Discourse Jesus said:

After answering the Pharisees in Luke 17, Jesus said:

The words in the Olivet Discourse come after the Lord has given a chronological description of events following this Church age and lasting for the 7 years of the Tribulation, culminating in the glorious return of Christ to the earth to establish His kingdom and to reign on the throne of David.

The words quoted in Luke 17 come after the Lord had answered the Pharisees’ question about the timing of the Kingdom of God. Jesus turned to His Disciples and indicated that they would not live to see the kingdom for He must first suffer many things and be rejected of the nation. Nevertheless He gave the Disciples three signs that would indicate when the Kingdom would be established.

It is quite clear that both scriptures are about the same event and that it is related to the warnings of the end of the age and the Lord’s return. There is no question about that.

Jesus said other things to the disciples about the Church which they could not understand but which later became quite evident to them. For instance,
Jesus said:

And other sheep I have, which are not of this fold (Israel): them also I must bring, and they shall hear my voice; and there shall be one flock (Jew and Gentile in the Church), and one shepherd (Christ the head of the Church) (John 10:16).

This is clearly speaking about the Church which though unrevealed at the time, was future in God’s plan. Israel were the sheep in the fold but the Church was a future flock of Jews and Gentiles, all one in Christ.

Neither pray I for these alone, but for them also which shall believe on me through their word; That they all may be one (one Body in Christ); as thou, Father, art in me, and I in thee, that they also may be one in us: that the world may believe that thou hast sent me (John 17:20-21).

Jesus’ prayer was answered when Jew and Gentile became ONE in Christ on the day of Pentecost.

Other scriptures could be added such as John 14:3 which clearly refers to the Rapture though, at the time, Jesus’ ministry was confined to “the lost sheep of the house of Israel” (Matthew 10:6).

So it is not a valid argument to reason that because Jesus was speaking to Jewish disciples before Pentecost He could not be referring to the Rapture of the Church.

Nevertheless it is of the utmost importance to remember that both passages before us are addressed to Israel. Jesus was not speaking to Church-age disciples but to Old Testament saints who understood the Old Covenant but had no knowledge of the New Covenant apart from what Jesus told them.

So we have established two facts:

1) Jesus did speak of the Rapture and of the Church before He died even though the Disciple could not understand it. eg. John 14:3)

2) The Gospels must be interpreted as addressed to Israel and not the Church because a new dispensation of the Church had not begun at the time.

One commentator states that “Nowhere does the Olivet Discourse deal with the Rapture”. It is my purpose to demonstrate that this is quite unscriptural.

Matthew 24 is answering a question by Jewish Disciples who asked about the “end of the age” and the “second coming of Christ” and some have assumed that the Rapture is not relevant in that context.

Some interpret the word “taken” to mean, “taken in judgment at the second coming of Christ” but what does the Greek word mean?

The Greek is paralambano. It is a compound word composed of a preposition para meaning “near” and a verb, lambano meaning “I receive”. Paralambano means to “receive to ones self”.

The Greek word for “left” is aphiemi which literally means “to send” and is used of a man “putting away his wife in divorce” (1 Corinthians 7:11-13). An act of judgment.

Now if we are to interpret this passage to mean that one is “taken” and judged but the other is “left” to be blessed in the kingdom then we have to attribute the very opposite meaning to the words!

It is true that when the Lord comes after the Tribulation He will judge the ungodly. Antichrist will be slain with his False Prophet and they will be given their resurrection bodies and cast alive into the lake of fire. The armies that follow them will likewise be slain. In addition, the “goat nations” who receive the mark of the Beast during the Tribulation, will be brought before the throne of Christ’s glory and be cast into everlasting fire (Matthew 25:31-46). It is true that the parable of the Net catching good and bad fish teaches that the bad fish will be first cast away and the good fish will remain for the kingdom at the coming of the Lord. Likewise, the parable of the wheat and tares teaches that the tares will be gathered and burned before the wheat is brought into the barn (the Kingdom). But we cannot assume that the Lord is talking about the same people when He spoke of some who are “taken” and “received to Himself” while others are left; “put away” in judgment.

In one case those left are judged and in the other case those left are blessed! So how do we interpret the words of Jesus when He said that in one night there would a global disappearance of individuals from bed, the field and at the mill? We must be faithful to the context which is Israel in the last days.

In both passages Jesus is talking about the end of the age which is the 7 years of Great Tribulation immediately before Jesus comes. He is speaking to Israel about the signs of the “end of the age” and His coming. Jesus indicates that the world will be evil like the days of Noah and like the days of Lot. A remnant will survive.

One of the SIGNS Jesus gave to the nation of Israel that the end of the age has come would be a “global disappearance of individuals” who would be “received to Himself” while the rest would be left, “put away in judgment”. Jesus didn’t say it was the Rapture. He didn’t have to. But Israel will know that the Tribulation; the 70th week of Daniel chapter 9, has come when all over the world people disappear. We know it is the Rapture of the Church because we have Paul’s epistles that explain it.

Now when the Lord gave the Disciples this sign in Luke chapter 17 they understood that Jesus was talking about the last days and that some people would suddenly disappear but they didn’t know anything about the Rapture and the logical question was asked, “Where Lord?” i.e. Where will these people who are received to Himself be taken?

There is no doubt the disciples were referring to the ones “taken”. We all agree on that point. They would be taken somewhere but Where?

Wheresoever the body is, thither will the eagles be gathered together (Luke17:37).

If you interpret the passage to mean those taken are taken in judgment you have to change the meaning of words. You have to change eagles into vultures and the body into a carcass. That’s what modern versions have done but the Greek does not allow it! The word for eagle occurs 4 times in the New Testament and always from the same Greek word. But most importantly the word for “body” is NOT a dead “carcase” (ptoma) but a living body (soma)!

In Matthew 24, when it speaks about the Tribulation, it states that:

wheresoever the carcase (ptoma) is, there will the eagles be gathered together. (Matthew 24:28).

But in Luke the body is a living “saving” body. Soma comes from the Greek word sozo meaning “I save”. Where will they be taken? Not to a rotting carcase but to the “living body” that rose from the dead and is alive for evermore!

Where will they be taken? They will rise like eagles ascending on the hot air draft until we disappear from sight through the door of heaven – forever with the Lord! I have watched eagles circling, rising higher and higher. They can rise to 10,000 feet almost out of sight. At that height the eagles have perfect vision and can see a mouse on the ground and we too will have perfect vision, we will understand how all the way the Lord has led us.

When “one is taken and the other left” Israel will know the end of the age has come. At the very same moment the head of the Revived Roman Empire will sign a 7 year peace treaty and Jews will be able to rebuild their temple. These two signs will occur at the same time and will send an unmistakable message to 144,000 Jewish men who will instantly turn to Jesus Christ. Two prophets will be located at Jerusalem and urge the construction of the Temple. It is so important for us today to make known the truth of the Rapture to the Jewish people.

The “time of Jacob’s trouble” (Jeremiah 30:7) will have arrived. Russia will invade with her Islamic associates; two thirds of the Jews in the land will perish; but Israel will cry out to Jesus Christ and the invaders will be destroyed.

The two great signs to Israel will be the sudden, global disappearance of indiviuals which we know to be the Church and the signing of a seven year covenant with Antichrist. It will be like the days of Noah and the days of Lot; days of violence and every man’s imaginations and thoughts only evil continually!

This is the correct interpretation of “one taken and the other left”. It is the only interpretation that is true to the literal meaning of the words and the Jewish context of the passage.