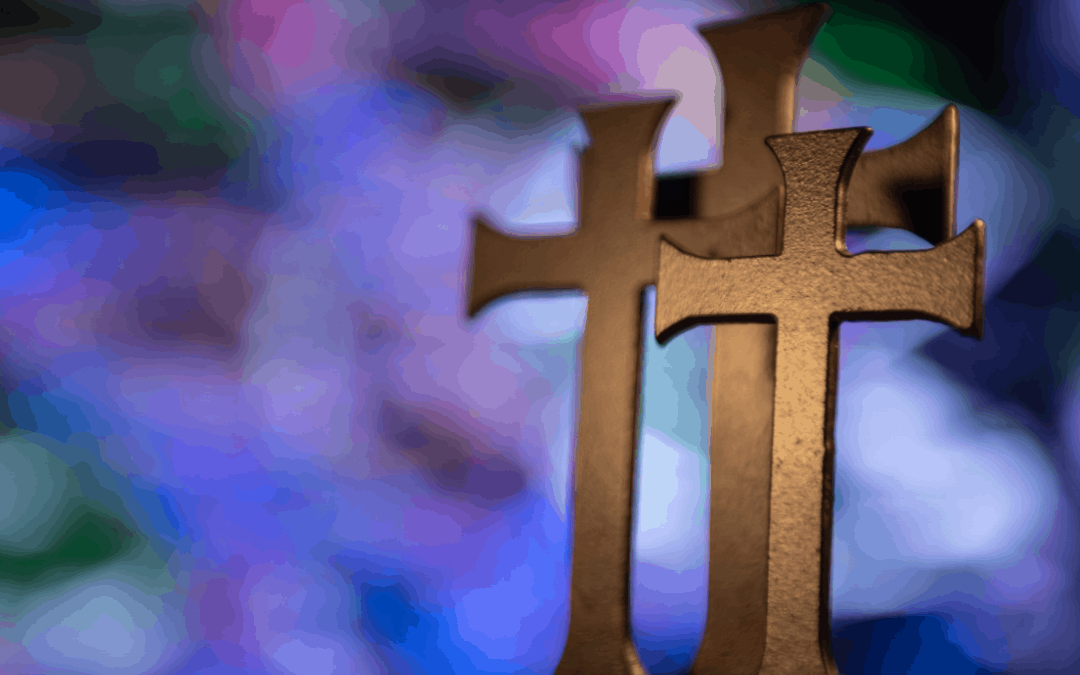 We would never have known who Barabbas was if Pilate had not given the Jews the opportunity the crucify him instead of Jesus. Pilate was the typical politician. He found no fault in Jesus but wanted peace at any price and tried to placate the Jews.

Pilate told the Jews to go and deal with Jesus but they said they could not carry out capital punishment under Roman law.

He sent Jesus to Herod but Herod mocked Jesus and sent him back.

He finally thought of an offer the people could not possibly refuse. Offer to release Jesus or Barabbas! The Jews could not possibly want Barabbas roaming the countryside. Matthew says Barabbas was a “notable“ prisoner. He was famous for his exploits. Mark and Luke say he was guilty of “sedition and murder” while John simply says he was a “robber”.

We might think being a “robber” was just someone who stole from others and who might even steal to feed the poor. But this was far from the truth. Barabbas didn’t have a kind bone in his body.

Pilate chose the very worst of his prisoners; someone hated by the people for his vile murderous behaviour. He reckoned the Jews could not possibly want Barabbas released and that this was a sure way to release Jesus and get himself “off the hook” for he knew that Jesus was innocent and “for envy” the Jews had brought Jesus before him.

Being a “robber” in Pilate’s day says more that even saying he committed “sedition and murder” or that he was a “notable prisoner”.

Josephus the Jewish historian described the “robbers” of his day and they were the vilest of the vile. Robbers had their own army and roamed the countryside slaughtering people; men, women and children. They were Jews who killed and stole as a way of life.

During the siege of Jerusalem in AD70 three of these “robbers”, each with their personal army, gained access to Jerusalem and each occupied part of the city. They turned on each other and if anybody tried to escape from the city their guards at the gates would cut their throat.

While the Romans surrounded the city these fiends fought each other inside the city. One group invited 20,000 Idumeans to enter the city and when they did, they turned on their fellow Jews killing old men, women and children, until the Idumeans became sick of killing and decided to leave!

John wrote his Gospel well after the siege of Jerusalem. He knew what these people were like and he knew that such vile people were simply called “robbers”. Their atrocities even shocked the hardened Roman soldiers. It was the worst name John could give them and the Jews so hated Christ that they preferred a “robber” instead of the sinless Son of God!

Jesus Foretold the Destruction of Jerusalem

What did Barabbas do after he was released? Did he reform? Did he appreciate the kindness the Jews had showed him? Was he grateful that Jesus had died in his place on the cruel cross? Or did he go back to his old way of life?

There is no historical record of what he did after he was released but one tradition says that he joined in a revolt against the Romans and was killed.

We know that after Christ was crucified, about AD66, the nation was torn asunder by insurrection and revolted against the Roman powers until finally Vespasian was sent with an army by Emperor Nero to put down the rebellion. In AD70, Titus, the son of Vespasian completed the siege of Jerusalem and the city was completely destroyed.

This revolt was the work of “robbers” who incited rebellion and Barabbas may well have been involved. The revolt began in the north and “robbers” took over cities forbidding the citizens to surrender to the Romans. They then left before the Romans entered the cities. Their final stand was in Jerusalem where they perished at the hands of the Romans fulfilling the words of Jesus:

And when ye shall see Jerusalem compassed with armies, then know that the desolation thereof is nigh. Then let them which are in Judaea flee to the mountains; and let them which are in the midst of it depart out; and let not them that are in the countries enter thereinto. For these be the days of vengeance, that all things which are written may be fulfilled. But woe unto them that are with child, and to them that give suck, in those days! for there shall be great distress in the land, and wrath upon this people. And they shall fall by the edge of the sword, and shall be led away captive into all nations: and Jerusalem shall be trodden down of the Gentiles, until the times of the Gentiles be fulfilled. (Luke 21:20-24).

The choice Pilate gave the Jews was a terrible one. They made the wrong choice and reaped the consequences. Each of us must make a decision about Christ. Will we take our stand with Jesus Christ or choose to live a Godless life and reap the consequences?

Jesus is standing in Pilate’s hall—
Friendless, forsaken, betrayed by all:
Hearken! what meaneth the sudden call?
What will you do with Jesus?

Chorus
What will you do with Jesus?
Neutral you cannot be;
Some day your heart will be asking,
“What will He do with me?”

Will you evade Him as Pilate tried?
Or will you choose Him, whate’er betide?
Vainly you struggle from Him to hide:
What will you do with Jesus?

Will you, like Peter, your Lord deny?
Or will you scorn from His foes to fly,
Daring for Jesus to live or die?
What will you do with Jesus?

“Jesus, I give Thee my heart today!
Jesus, I’ll follow Thee all the way,
Gladly obeying Thee!” will you say:
“This will I do with Jesus!”