Who Was David’s Mother? 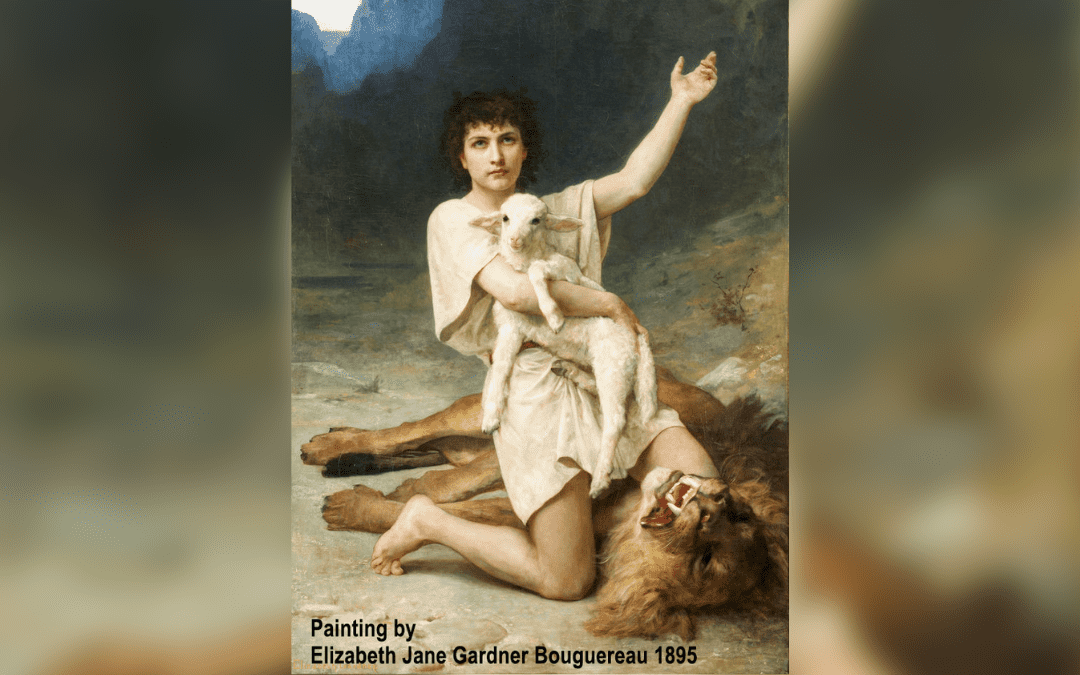 What did David mean when he said in his great prayer of confession that “in sin did my mother conceive me”?

If you ask the Catholic he may say that it refers to the doctrine of original sin: that every one of us has original sin such that we bear the guilt of Adam’s transgression.

If you ask the Calvinist what these words mean he will go into a long theological argument about the Total Depravity of man because he believes only those chosen by God in eternity past go to heaven and unelected babies must be sinful and therefore go to hell.

But Jesus said that little children have a guardian angel that “always beholds the face of your Father in heaven” and He also said that unless we are converted and become as little children we can never “enter the kingdom of God” (Matthew 18:3).

Not only so but Jesus said that

it is not the will of your Father which is in heaven that one of these little ones should perish (Matthew 18:14).

Every baby born is sinless in God’s sight and David could not be saying that he was sinful when he was conceived. Sin for which we are answerable to God is what we commit by our choice and until a child has reached the age of understanding it cannot make a responsible choice.
The Calvinist interpretation was no improvement on the Catholic interpretation and in fact may even be worse. There will be millions of aborted babies in heaven because “it is not the will of your Father which is in heaven that one of these little ones should perish”.

So what did David mean, “In sin did my mother conceive me?”

The verse is in Psalm 51:5 and it is part of David’s confession of adultry with Bathsheba. He recalls his own sin and remembers that he was born out of wedlock. Not only did David break his marriage vow but his father, Jesse, had also been unfaithful to his wife. David was an illegitable child! His mother was not the wife of his father. So who was his mother? She was a Moabitess.

Remember when Samuel came to Jesse to anoint one of his sons to be King of Israel and Jesse made all of his sons pass before Samuel but the Lord did not choose any of them, and Samuel asked, “Are here all thy children?”

Jesse could no longer conceal his other son out minding the sheep which was the lowliest task and so David was called. It must have been a shock to his 7 brothers when he, the outcast illegitimate son, was chosen by God to rule over them! but

Jesse did not object when David was chosen because he knew his own family history and he remembered that a few hundred years before, Rahab the Egyptian harlot had married an Israelite and had borne children of which he was the product. Then he would remember that his great-great-grand father had gone to Moab in a time of famine and his two sons had married Moabite women. When both sons died, one of those wives, Ruth, had accompanied her mother-in- law back to Bethlehem and Ruth married Boaz, Jesse’s grandfather. 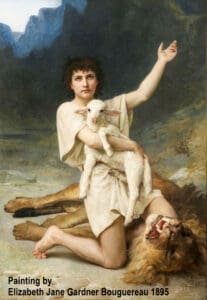 Ruth was a Moabitess, a nation that was the product of an incestuous relationship between Lot and one of his daughters. Ruth the Moabitess, the grandmother of Jesse had maintained contact with her family in

Moab. Perhaps on one of these visits Jesse met a Moabite woman, had a sexual relationship that gave birth to David.

David was no weakling for he slew a lion and a bear but after he was anointed to be king by Samuel he was sent back to “feed the sheep”. When his older brothers went to war in Saul’s army, Jesse sent David as a stripling lad, to take food to his brothers only to be despised by his angry, eldest brother Eliab, who said:

Why camest thou down hither? and with whom hast thou left those few sheep in the wilderness? I know thy pride, and the naughtiness of thine heart; for thou art come down that thou mightest see the battle (1 Samuel 17:28).

There was venom in Eliab’s comment indicating that David was rejected by his brothers. This fact is expressed in David’s psalm 69 where he said:

I am become a stranger unto my brethren, and an alien unto my mother’s children (Psalm 69:8).

There is no record of David’s mother having other children to Jesse but according to Gesenius the Hebrew scholar, the Hebrew word translated “children” is a very general word indicating a relationship and can equally be translated “people”. Not only was David rejected by his brothers but also by the Moabites; his people.

The evidence for David being an illegitimate son of Jesse is as follows:

1) David was not called before Samuel when Samuel asked to see his sons.

2) David was given the task of minding a few sheep which was considered a demeaning task.

3) When David was being pursued by Saul he dwelt for some time in the cave of Adullum and we read that “all of his brethren and all his father’s house” joined him there. But then David went to the King of Moab and said,

let my father and mother come forth and be with you, till I know what God will do for me (1 Samuel 22:3).

There was a family connection between David and the Moabites but only his father and mother went to Moab where they would be safe with his mother’s family. King Saul hated anybody who was not an Israelite and we know he slew the Gibeonites.

4) David’s brothers despised him when he took food to them at the battle with the Philistines in the valley of Elah.

5) When David confessed his own adultery he acknowledged his father’s adultry also.

6) David states he was rejected as a stranger (Gentile) by his brethren and considered an alien by “his mother’s people” ie. the Moabites.

So when David prayed, “In sin did my mother conceive me” he was not only confessing the fact that he had committed adultry with Bathsheba but he recalled his own illegitimate status among his people.

Why would God choose four people with a stained past to be in the lineage of Christ? Why would God choose people who failed to hold such an important place in His plan to bring the Son of God into the world? The answer is that God looks on the heart and no matter how much a person has sinned or how stained our past, when a sinner turns to Christ with all their heart God forgives. That’s the grace of God.

We write people off who fail to come up to the perfect standard but God is the God of all grace and He takes broken vessels and makes them anew. Perhaps it is, so that no flesh should glory in His presence.

We know that Rahab the Harlot at Jericho sought the Lord with all her heart. She had heard “how the Lord dried up the waters of the Red Sea” and what they did to “the two kings of the Amorites”. Rahab told the Israelite spies, “I know that the Lord hath given you the land”; she believed in the Lord and was spared to become a “mother in Israel” and in the line of Christ. Sinful though she had been she was blessed above other women in Israel!

Jesse had blotted his record but God chose him to be the father of the King of Israel and David’s stained record was wiped clean when he confessed, not only his own sin, but also the sin of his father before the Lord.

Forty one times in the psalms we read: “His mercy endureth for ever.”

And it was not only in the psalms of David but also the psalms of the Babylonian captivity when the nation was under chastening from the Lord in a foreign land. The Jews had much to be ashamed about. They had worshipped idols in the land of Egypt and failed again and again in the wilderness on the way to the promised land.

When Israel possessed the land they persistently failed and turned to gods of wood and stone and finally God sent the Assyrians and the Babylonians to destroy their cities and to take them away captive to Media and Babylon.

The very survival of Israel as a nation depended on the mercy of God and 26 times psalm 136 repeats the refrain, “His mercy endureth for ever.”

False religion teaches that we have to earn our salvation and that it is by our good works we can gain sufficient credit with God to tip the balance in our favour but the truth is that there is nothing we can do to blot out our past or balance the scales of justice. Good deeds can never cancel the sin of the past. We need the mercy of the Lord and praise God His mercy was revealed on the cross when the Son of God came from heaven, took upon Himself a human body and “bare our sins in His body on the tree”.

O give thanks unto the LORD; for he is good: for his mercy endureth for ever (Psalm 136:1).